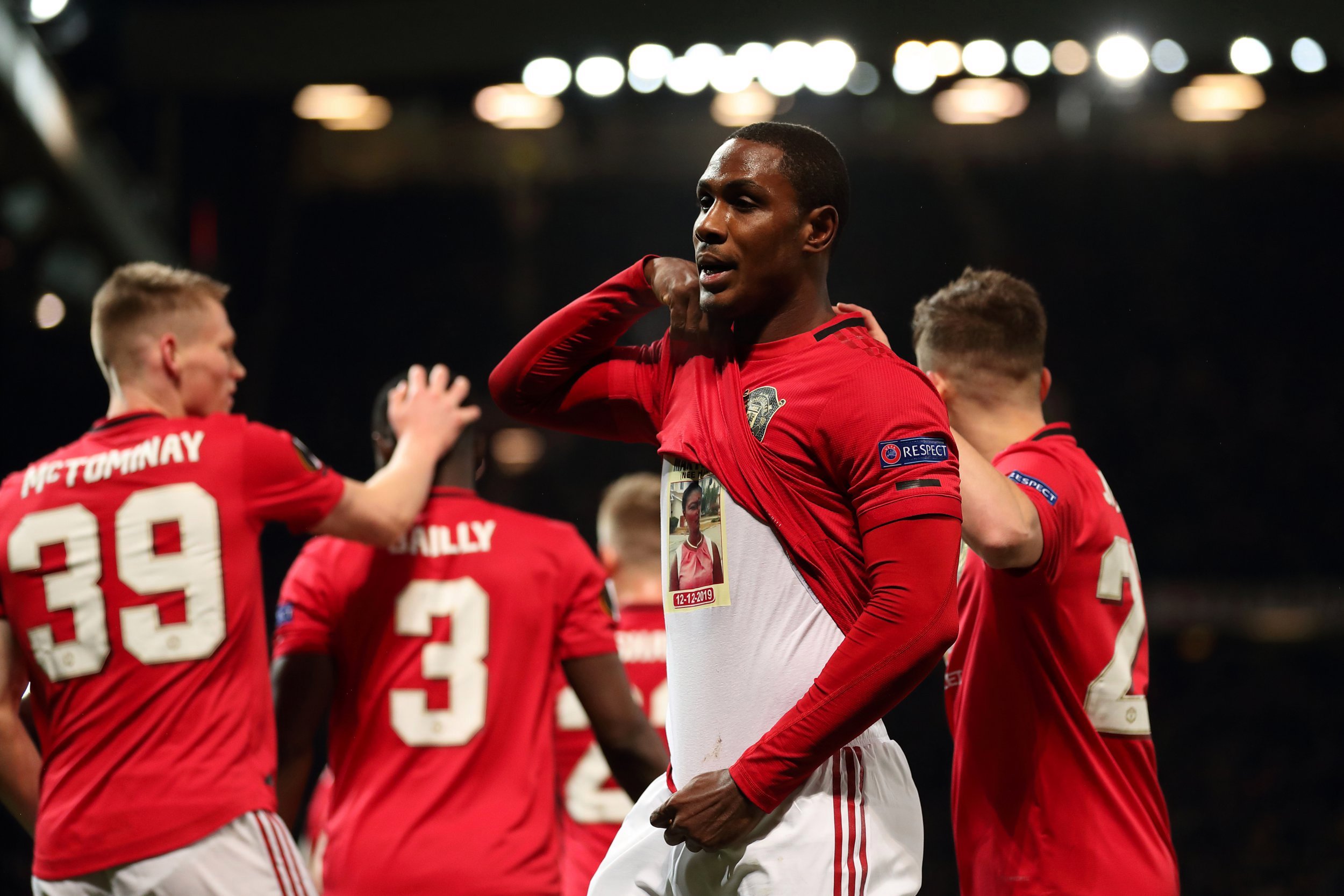 Solskjær fielded a near first-string team against Club Brugge and finished the tie in the first half.

A beautiful flick from Bruno Fernandes put Daniel James in whose shot forced a spectacular save. Unfortunately for the Belgian outfit, it was defender Simon Deli who decided to fulfill his lifelong dream of being a goalkeeper and was given his marching orders.

Fernandes scored the resulting penalty and Odion Ighalo scored his first goal for the club after great link-up between Fernandes and Juan Mata.

Scott McTominay then marked his full return with a neat finish and killed the tie off completely.

Two second-half goals from Fred saw United score five or more only for the third time since Sir Alex Ferguson retired. All three have come under Ole Gunnar Solskjær.

Sergio Romero: 6
Another clean sheet for United but Romero had nothing to do.

Aaron Wan-Bissaka: 7
Brugge never attacked down their left. Wan-Bissaka was always an option on the right-hand side but never really got in the decisive positions, mainly due to Mata forcing play through the middle by coming inside. Solid.

Eric Bailly: 7
It hasn’t looked like Bailly is just coming back from a 6-month injury lay-off. Slotted in nicely.

Harry Maguire: 7
Although the opposition rarely threatened, he is coming out of his shell lately and is one of the reasons United are starting to rack up the clean sheets.

Scott McTominay: 9
It didn’t take long for McTominay to remind fans why he’s been one of United’s better players this season. His injury in December was a big blow and Matic improved when called upon but it’s only a matter of time before McTominay is the first choice again. Several defence splitting passes were followed by a tidy finish.

Fred: 9
There was less responsibility on Fred to provide line-breaking passes with McTominay back by his side, still did well nonetheless. Assisted McTominay’s first half goal before scoring United’s fourth and fifth in the second half.

Juan Mata: 8
Very good on the evening, a lot went through El Mago as United broke down Brugge. Always on the move and seems to have a good understanding with Fernandes. Assited Oghalo’s goal.

Bruno Fernandes: 9
The Portuguese has really come into the team, rolled his sleeves up and gone ‘Right, this is how we’re doing this’. It’s like he’s been at the club for years and everything is going through him. Some very nice passes and has a hand in every goal in the first half. Scored another cheeky penalty.

Daniel James: 6
It was a weird decision to start James, you’d think he would be given a needed rest, even though United have only just come back from a 2-week break. Struggled in the deciding moments.

Odion Ighalo: 8
What a moment for United’s first ever Nigerian player. Scored his first goal, celebrated by honouring his late sister and then nearly scored another. A good 90 minutes in the tank.

BENCH
Tahith Chong
Was nearly knocked out by a rushing Simon Mignolet but shook it off. Did well on the left wing and created Fred’s second.

Jesse Lingard
Didn’t panic when lashing onto a loose ball with the goal at his mercy. Stayed calm and laid it off to Fred who then had an open net. Nearly scored and then almost put Greenwood through with a tidy first time pass.