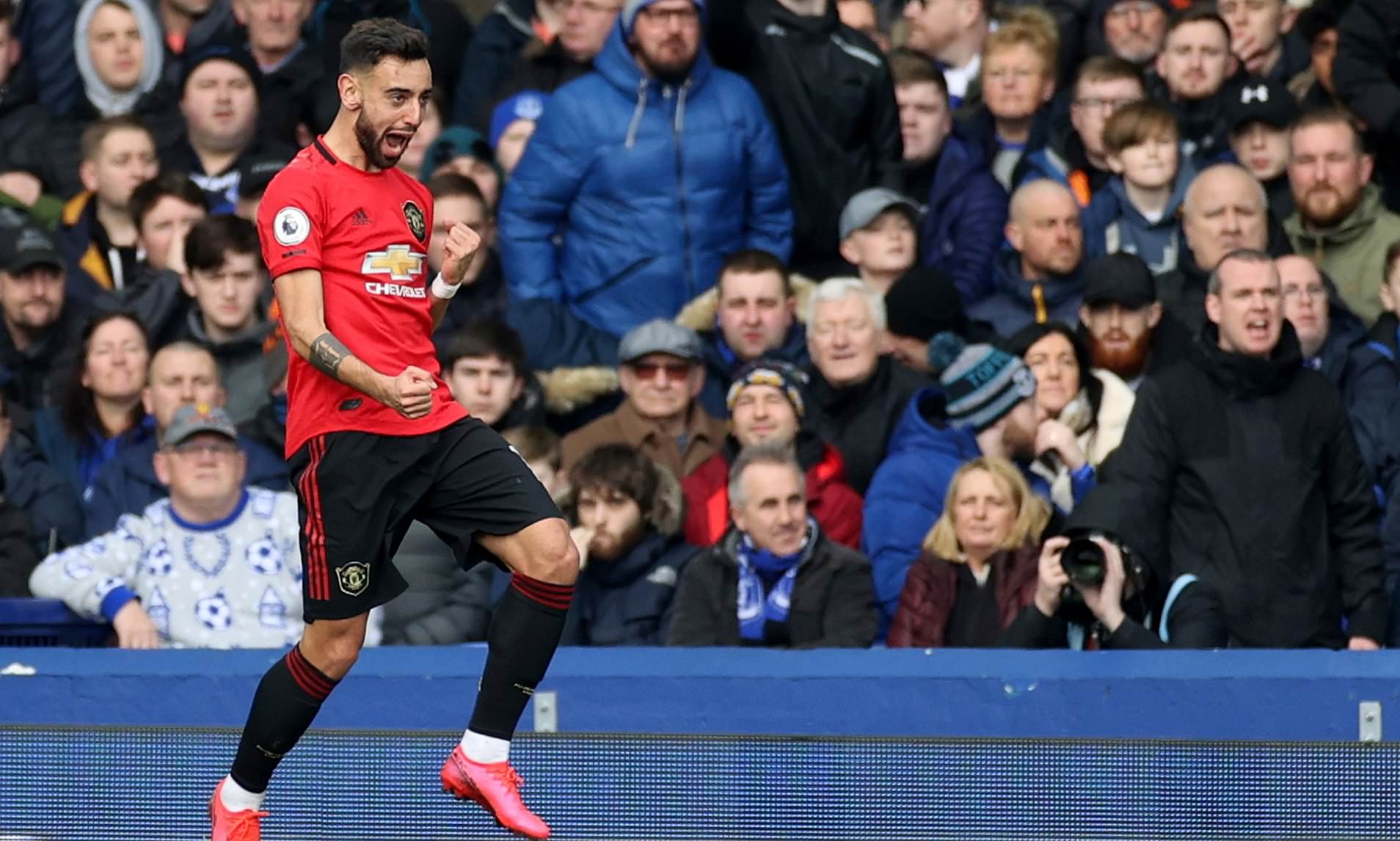 The points were shared at Goodison Park in a tale of goalkeeping errors. Calvert-Lewin’s bizarre opener was cancelled out by a long-range effort from Fernandes.

David de Gea: 5
You’re not giving yourself much of a chance to win a football game when your goalkeeper does that. Lack of concentration and way too nonchalant for Calvert-Lewin’s goal. He might as well have just thrown the ball into the net. Made a good save a minute later but his error set the tone for the opening 15 minutes. To be fair, also saved United blushed in the final seconds of the game with a brilliant save with his foot.

Aaron Wan-Bissaka: 5
We all know that he’s a good defender but his attacking play leaves a lot to be desired and it’s very frustrating at times. Although he never does, he always looks like he’s about to fall over. It invites tackles and more often than not ends the attacks.

Victor Lindelöf: 5
Dealt with Everton’s strikers well in the aerial duels, had some iffy moments but did well in the air. Spun a couple of times by Calvert-Lewin.

Harry Maguire: 8
An absolute rock at the back, especially on corners. Really coming into his own as captain. Man of the match.

Luke Shaw: 6
It was another good showing defensively from Shaw but offered very little going forward.

Nemanja Matic: 7
Hit the bar with an early effort and is credited with the assist for Fernandes’ equalizer even though that was more down to the Portuguese maestro and Jordan Pickford. Did really well.

Scott McTominay: 6
Did his part in controlling the midfield in the first half. United came out a different team after the interval and not in a good way. That didn’t help McTominay but a good showing on his return to the starting team.

Fred: 6
Didn’t win as many duels as he usually does and his passing was off. Rightly absolutely livid with the referee after he plucked a handball out of nowhere when it clearly hit Fred’s knee.

Bruno Fernandes: 8
A player who takes risks, looks for runners and is not afraid to have a crack. That’s what United have been looking for all season and they’ve finally found him. Fernandes scored for the third game in a row and is quickly becoming United’s most important player.

Mason Greenwood: 5
Ran a lot and tried but Everton dealt with him pretty easily.

Anthony Martial: 4
We’ll give Martial the benefit of the doubt as he was injured in the week, didn’t train and looked like it had affected him.