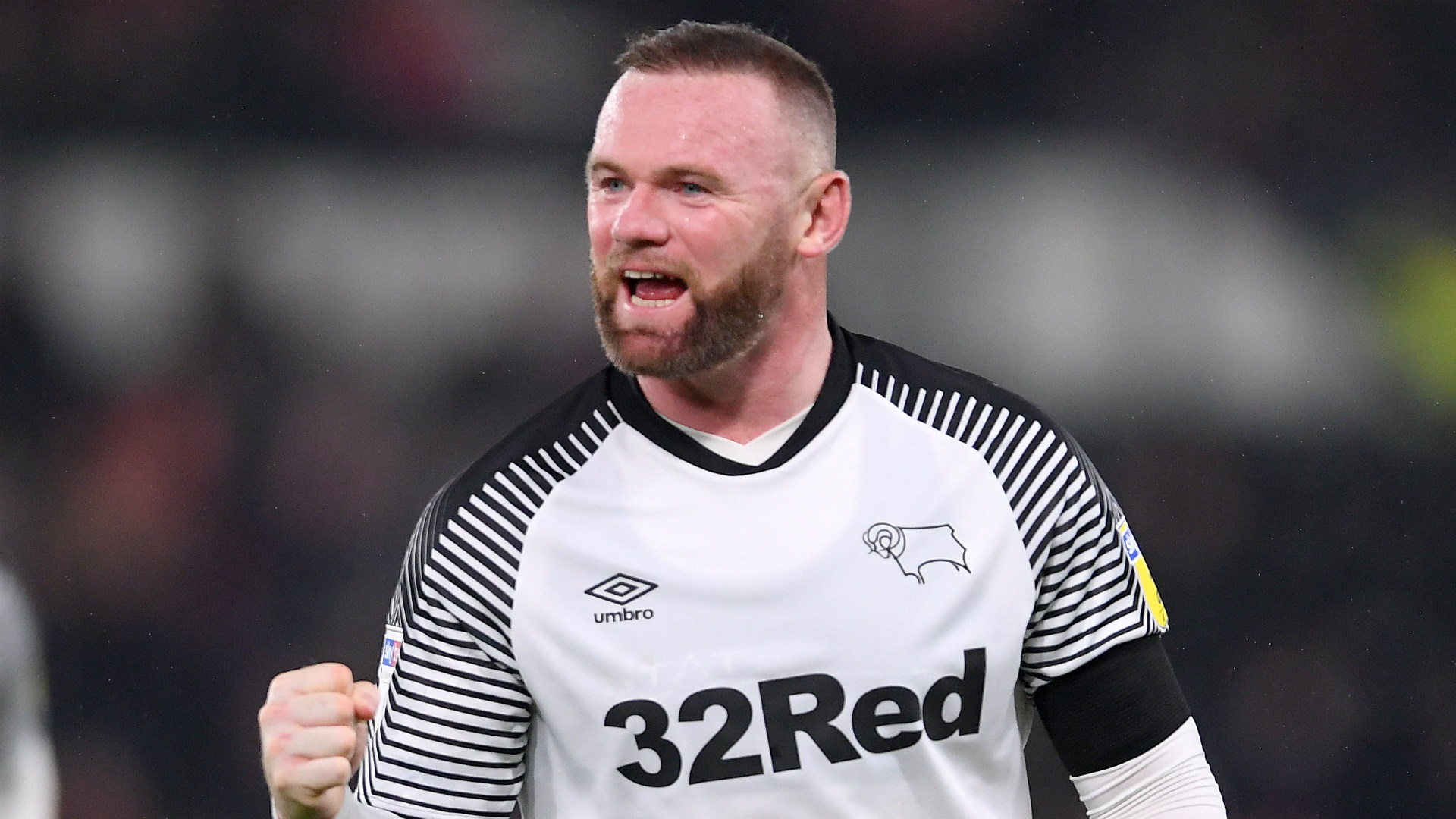 United are a club used to wining trophies and a certain Wayne Rooney had his fair share of them, but the Derby man is now out to stop his former club from earning another FA Cup.

Ole Gunnar Solskjær won the tournament twice as a player, once to help complete the famous treble in 1999, the same year as this evening’s opposing boss Phillip Cocu also had success in Barcelona, winning La Liga.

With the tie guaranteed to be done and dusted tonight, these two historic English clubs meet yet again in cup competition at a sold-out Pride Park.

Following more play-off final heartache, then under Frank Lampard last season, Derby have spent much of the campaign in mid-table.

Dutch manager Cocu has underachieved by most metrics, although only eight points separate them from Preston North End in the final play-off spot.

As a player, midfielder Cocu played over 200 times for Barcelona around the turn of the century while nearly making that same number of total appearances for PSV Eindhoven in two spells either side of his seven-year stint in Catalonia.

101 international caps for the Netherlands wasn’t too bad either. That came before he managed PSV, Fenerbahçe and came to Derbyshire last summer.

Player-coach Rooney joined in January under controversial circumstances, sporting the number of betting sponsor 32Red, who are reportedly helping with wages.

In his 11 second-tier games, United’s all-time top goalscorer has three goals and two assists, while regularly sporting the captain’s armband as he orchestrates attacks as the midfield general.

In his pre-match press conference, his Dutch boss said: “Wayne knows Manchester United like no other. He knows the players, the level of performance that’s needed in big games, and he will be extremely important for us on Thursday.”

Winning at Crystal Palace in Round Three, the Rams needed a replay to beat League Two side Northampton Town back at Pride Park, winning 4-2.

The long-term absence of Polish defensive midfielder Krystian Bielik has been a blow, but youngster Max Bird has impressed in his place alongside Rooney in a double-pivot.

Their large squad allows for plenty of rotation, but a long-awaited win at the weekend should give Cocu the confidence to stick with a trustworthy starting XI.

The Rams ship plenty of goals, conceding 49 in the league so far this term, and 12 in their last seven outings in all competitions.

Nevertheless, in the same period, they have managed to score 15.

Another former United man in their ranks is Tom Lawrence. The Wales international, with club captain Richard Keogh and fellow forward Mason Bennett, were involved in an infamous Christmas party car crash last December. The players were later reprimanded by the club.

Finally, in terms of team news, Derby have a boost with midfielder George Evans now recovered from a calf injury.

“If you look at the game – they are the favourites. We approach the game with a lot of respect to our opponent, but also with the belief that we can beat them.” – Phillip Cocu

Despite a fairly disappointing draw at Goodison Park, yet another Bruno Fernandes goal and encouraging first-half display put United three points off fourth place in the Premier League.

The Europa League may not be until next week but due to the FA switching fifth round games to midweek, the Red Devils have again been given a Thursday fixture.

On the Rooney reunion, his former teammate Ole said in his pre-match press conference: “He gave absolutely everything for this club and what he’s done, we all appreciate that. But any goal he scores against us will be chalked off his goals tally! He wants to prove there is still fight in the old dog.”

The 253-United goal man scored the last time the Red Devils were at Pride Park in the FA Cup, 2015’s fourth round, but had left the club before the last two meetings.

Derby were beaten 2-0 in the third round of 2018 and then shocked Old Trafford in last season’s Carabao Cup, winning on penalties after a 2-2 draw.

With the chance to face Norwich City at Carrow Road in the quarter-final, the Red Devils need to take this tournament seriously to continue current momentum.

Five wins and three draws in the last eight games has certainly got supporters believing this season could be relatively successful, and Solskjær’s men have trophies and qualification for the Champions League well on the cards.

The small matter of Manchester City is this Sunday at Old Trafford, so advancing through tomorrow could be a huge confidence boost.

David De Gea’s stunning early error on Sunday was quickly atoned for with spectacular saves, although cup-keeper Sergio Romero is expected to start in this one.

With the Manchester Derby in mind, changes are anticipated – particularly in the back line.

Brandon Williams made a cameo at the weekend, and in spite of Luke Shaw’s impressive form may get the nod in a four-man back line.

Diogo Dalot is fit again and Eric Bailly is back playing and impressive, while two other defenders have returned – more than that soon.

Nemanja Matić played 90 minutes against Everton as Scott McTominay departed on 72 minutes, so is expected to start tonight.

On Monday evening, Timothy Fosu-Mensah and Axel Tuanzebe both got 90 minutes in the tank at Stoke City in a U23s match as United won 2-3 thanks to a James Garner double and a Angel Gomes. Tahith Chong also impressed in his 76 minutes.

Aaron Wan-Bissaka and Daniel James are set to miss out with ‘little niggles.’

Fred and Harry Maguire should both start and will be celebrating their respective 27th birthdays.

Likely best to be taken with a grain of salt, Paul Pogba is reportedly ready to return to training this week.

Yesterday, Solskjær revealed: “Paul’s still working with the physios outside. He won’t be training with the first-team until next week, so then let’s see how long that will take. But he’ll need some time to train, to get his call it football fitness back”

“Well, for me it was a fantastic final to play in in ‘99 and it’s always been the last game of the season, a spectacle, you can never ever underrate the FA Cup how much it means..” – Ole Gunnar Solskjær