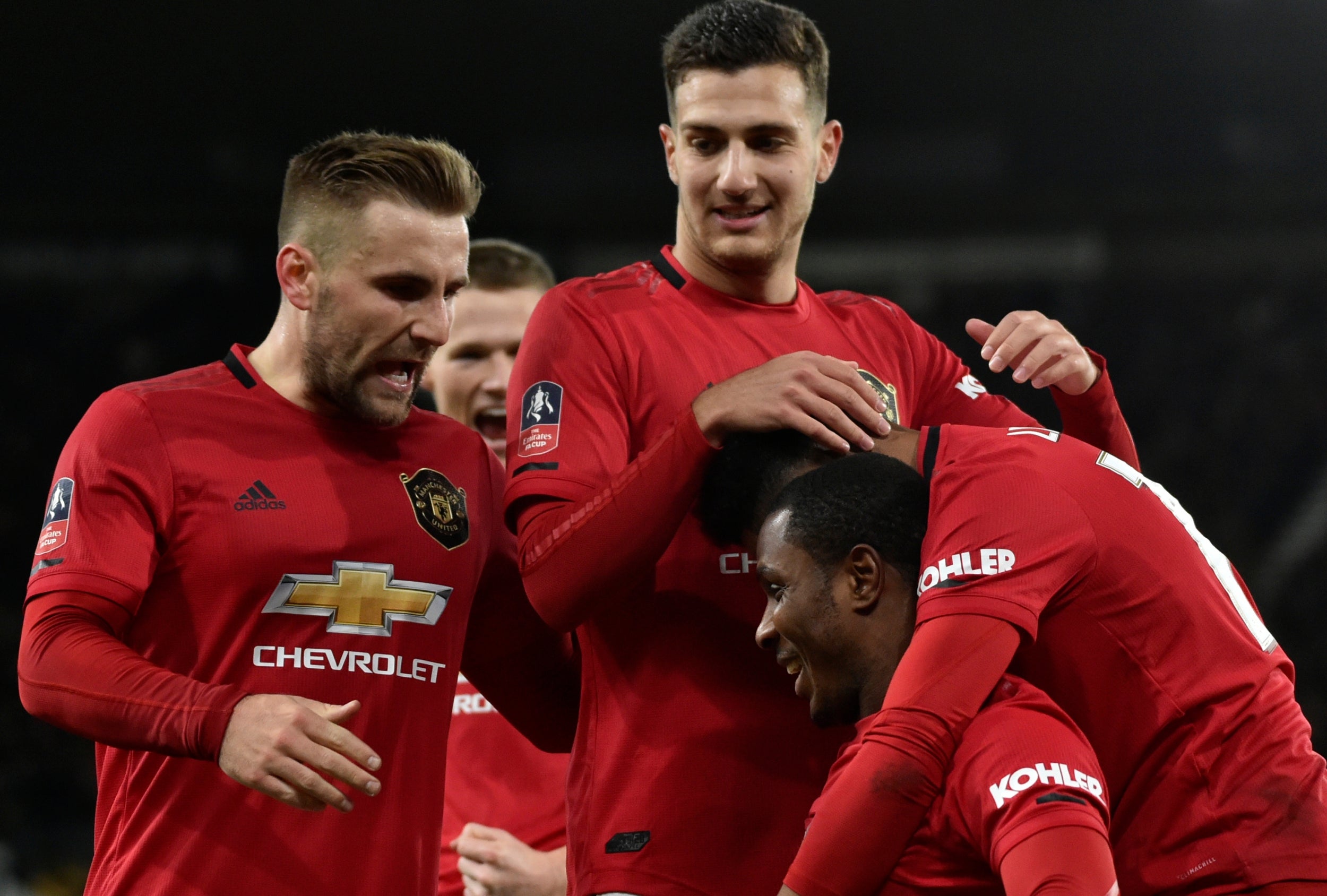 Shaw’s opener and two goals from Odion Ighalo made sure United make it through to the quarter-finals of the FA Cup.

United came out slow but quickly grew into the game and were comfortable after the opening goal.

Solskjær’s men will face Norwich at Carrow Road in the next round.

Diogo Dalot: 7
Mostly involved in the first half and added an attacking dimension from his right-back position. Not very troubled defensively.

Eric Bailly: 6
Calm, assured and did well when needed. A couple of solid displays after a long injury lay-off. Booked.

Victor Lindelöf: 6
Never put under a lot of pressure as United cruised to victory. Some good headed clearances.

Luke Shaw: 8
Unnecessary booking early in the first half but followed it up with a rare goal and then a good assist. Great form continues.

Scott McTominay: 7
Took a while for him to get into the game but played a big part in United’s second goal with a fantastic 50-yard switch. Involved in a few scuffles with Sibley. In fairness, the Derby midfielder should’ve been sent off for a kick to McTominay’s face.

Fred: 7
Just like McTominay, took a while to get into the game. Was bullied off the ball a couple of times in the early stages but grew into it. Controlled the midfield well with McTominay.

Bruno Fernandes: 6
Always tried the killer pass but didn’t get it off tonight. Denied a clear penalty as his shot was goal-bound. Often drops deep which has been a big reason to United’s midfield control in the past couple of games.

Jesse Lingard: 6
Unfamiliar role on the left wing and he might be claiming the first goal, looked like it brushed off his back. Mostly played it safe but played a big part in United’s ball retention. Derby found it hard to get the ball of him and looked sharp.

Fans will be quick to jump to the typical abuse but there are more ways than one to be useful.

Odion Ighalo: 9
Two starts, three goals. Not bad for someone who was written off before he had played. Two really nice striker’s goals.

Not involved a lot in the play but was there to finish the attacks off – exactly what’s been missing in a lot of games this season. Had his chance for the hat-trick late on after a great pass by Lingard.