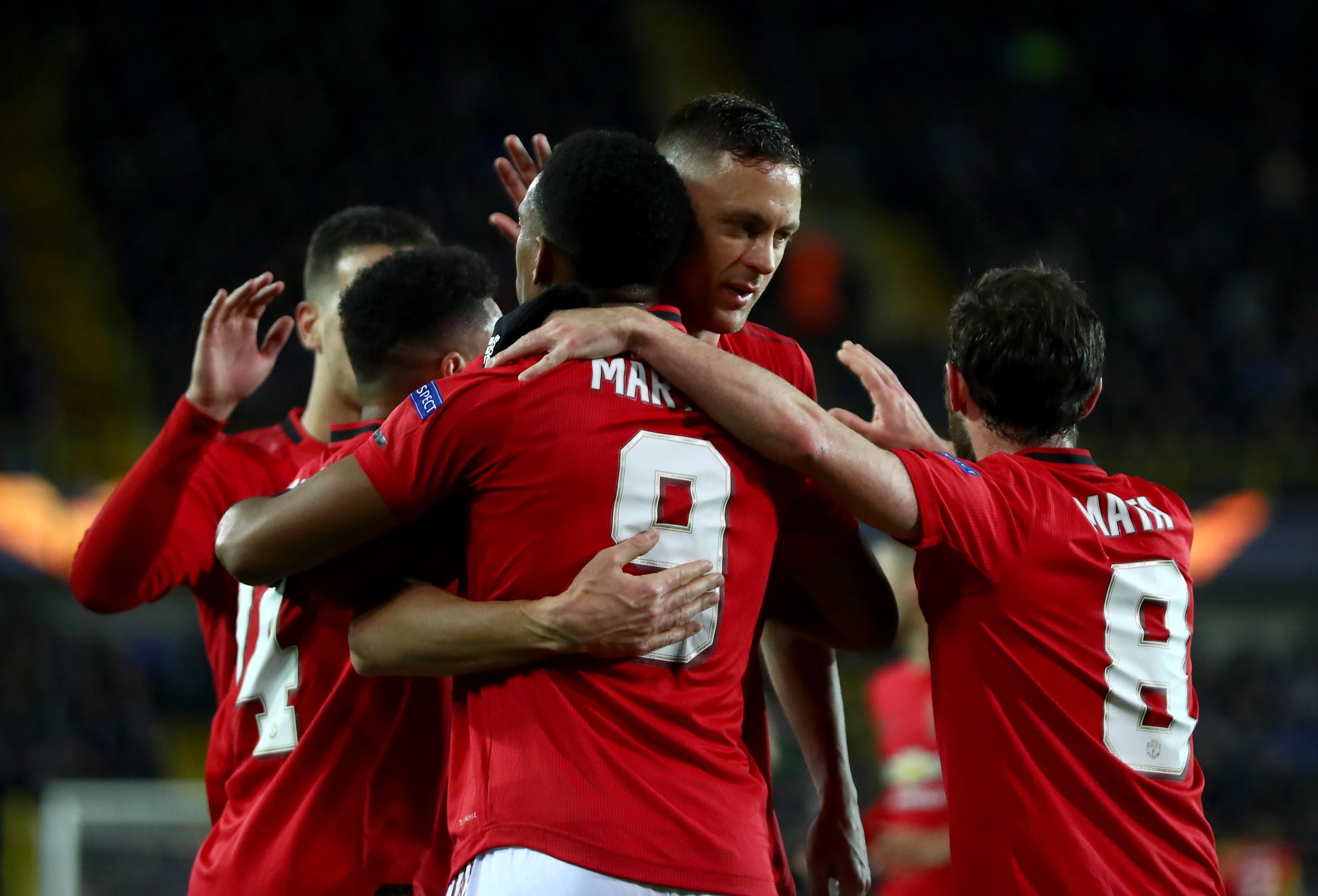 Back on the road in Europe after derby day delight, United are approaching crunch time.

Ole Gunnar Solskjær seems to have supporters back on board ahead of a tough run-in, as the big games keep on coming amid coronavirus chaos.

Behind closed doors, the last-16 of the Europa League will get underway tomorrow evening in North West Austria.

Despite winning Group D and beating United’s Group L opponents AZ Alkmaar 3-1 on aggregate in the last-32, LASK are still considered one of the weaker teams remaining in the competition.

However, they stormed a group that contained Sporting CP, PSV Eindhoven, and Rosenborg, finishing top with 13 points in a shock outcome.

Having played 22 league games, they sit three points above Austrian rivals Salzburg – the airport many United fans were likely supposed to be flying to.

Confirmed on Tuesday afternoon, there will be no spectators inside the ground tonight, a sight we will might need to get used to this spring.

Club president Siegmund Gruber was not happy about the decision as they will be missing out on £1m.

Their regular stadium, the Raiffeisen Arena, only holds 6,009 but play their European matches in the Linzer Stadion, just under 11km away.

In terms of their playing squad, LASK have unfortunately suffered a two ACL blows in the past fortnight.

Marvin Potzmann came first and Thomas Goiginger joined him in the treatment room at the weekend after just three minutes against Mattersburg.

Goiginger was having an impressive campaign, too, scoring nine goals and racking up seven assists in 35 games this season.

Midfielder Peter Michorl is the chief creator, boasting double figures for assists and is expected to start the match.

23-year-old Klauss, a Brazilian forward on loan from German Bundesliga side Hoffenheim, scored his eighth goal of the term in their most recent outing.

LASK were set to face Hartberg on Sunday, but their match has been postponed due to coronavirus precautions.

They also top the Europa League charts in a niche statistic – along with Sevilla – winning the ball 60 times in the final third, showing their pressing capabilities.

French manager Valérien Ismaël has had a sporadic career on the touchline, being named LASK boss in May of last year after not being in management since departing Wolfsburg in Februay 2017.

As a player, he won the German domestic double with both Bayern Munich and Werder Bremen, and the 44-year-old played 13 times for Crystal Palace in 1998.

This is what LASK reporter Jordan Maciel had to say on UEFA’s website ahead of the match: “A gargantuan task against one of the world’s most famous teams awaits LASK in what may be the biggest night in the club’s history.

“The Linz side could not be in better form; top of the Austrian table, they are on course for a first league title since 1964-65, and have won all four of their UEFA Europa League home matches this season. They will be confident that they can make it to Old Trafford with a fighting chance.”

Miss next match if booked

“For us it is an unbelievable story: to play against Manchester United. That’s the reward for our work, a real highlight. But we are not playing these two matches just for the chance to swap shirts. We have high ambitions. We will be fully focused. Of course it hurts playing without our fans behind us, but we cannot allow that to affect us. We are looking forward to the game.” – Valérien Ismaël

Solskjær achieved what no other manager has done before on Sunday at Old Trafford, besting Pep Guardiola for the third time in the same season thanks to goals from Anthony Martial and Scott McTominay.

Although City pushed United, it went down as the Red Devils eight clean sheet in 10 games. They have now conceded just twice and scored 24 goals since a shock defeat to Burnley back in January.

Bruno Fernandes was named PFA Premier League Player of the Month of February on Monday and the former Sporting captain scored the winner against LASK in the Austrian’s only defeat at the group stage, a 2-1 victory in Portgual.

Scott McTominay joined Solskjær in his his pre-match press conference earlier, and said on his new teammate: “With Bruno you see he comes in and he is a born winner, you see that in training as well.

“It is what we need as a team, we need that spark from someone. He has been a breathe of fresh air, and that is what this football club needs.”

Finally, in a heartwarming moment in tonight’s presser, the boss promised to sign a shirt and have a picture with an Austrian journalist who is a lifelong Red.

Anthony Martial took gashes on each leg during the derby after colliding with a goalpost, so he was also absent. In addition, there was no sign of Diogo Dalot, James Garner and Jesse Lingard.

With attacking options potentially limited, Tahith Chong could feature. The 20-year-old winger put an end to speculation over a possible summer departure on Monday by signing a new contract.

“They’ve beaten Rosenborg this year, in the group stages and of course Sporting, so Bruno [Fernandes] has been involved against them. Bruno told me they do play expansive football, the goalkeeper joins in a lot with the play, so it’ll be interesting.” – Ole Gunnar Solskjær