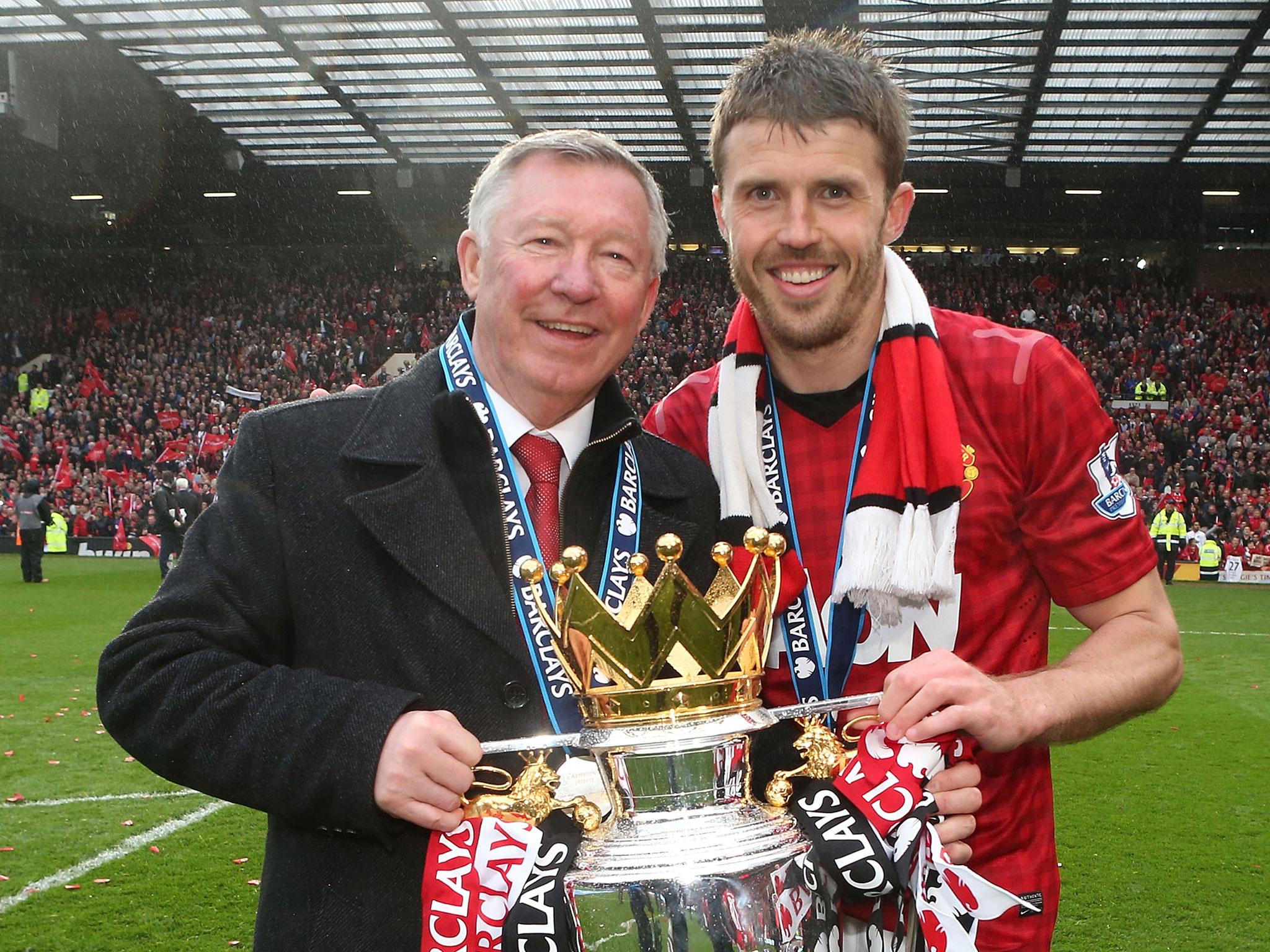 The number 7 shirt is something that has seemingly been cursed at United since Cristiano Ronaldo left for Real Madrid in 2009. Many, including Angel Di Maria, Memphis Depay and Antonio Valencia, tried and failed to deliver performances fitting of the shirt that had been donned by United legends such as Ronaldo, Best and Cantona.

However, after the £80,000,000 sale of Ronaldo to Real Madrid, Manchester United icon, Sir Alex Ferguson almost gave Michael Carrick the famous number 7 shirt. According to a report in The Express, Ferguson called both Carrick and new signing Michael Owen into his office for a deliberation over who would get the esteemed shirt.

Ferguson reportedly told Owen that the shirt was his if he wanted it, however, if he did not want it and the pressure that comes with it, it would be given to Carrick.

Michael Carrick is a man who has already sustained himself in United folklore for his integral part in 5 Premier League titles as well as European glory, however, his dignified play style and quiet life off the pitch has seen him become somewhat underrated.

An £18,000,000 acquisition from rivals Tottenham, Carrick was a mainstay in one of United’s most successful ever midfields. The Englishman brought a level head and a simplicity to the side which was much needed and acted almost as a metronome for the team.

However, seeing a fairly quiet midfielder such as Carrick donning the famous number 7 shirt for United would surely have raised a few eyebrows. However, as Michael Owen told Joe.co.uk, he was incredibly eager and willing to wear the number 7 shirt.

Owen, a former Balon d’Or winner, who enjoyed greatly successful times at Liverpool and Real Madrid, would be the first since Ronaldo to attempt to bare the weight of the shirt.

While his time at United, much like his career, was outshone by significant injuries, Owen did manage to place himself in United history with his decisive late winner against Manchester rivals Man City. In addition, the Englishman was also part of the 2011 Premier League winning squad and scored a hat trick in the Champions League group stage for United.

While Owen’s spell was limited in its success, it was likely the best any number 7 has had at United since the departure of Cristiano Ronaldo. Players have tried and failed to pick up where Ronaldo left off, with the shirt being too heavy for Antonio Valencia and Memphis Depay, while a failure to integrate and a feud with the manager saw Angel Di Maria abandon the club and shirt just a year after his big money move.

Alexis Sanchez is another high profile name who could not deliver performances anywhere near the required level for such a shirt, and while the number 7 shirt at United lies dormant for now, whoever is next to pull it on will surely feel the pressure all those before have felt.