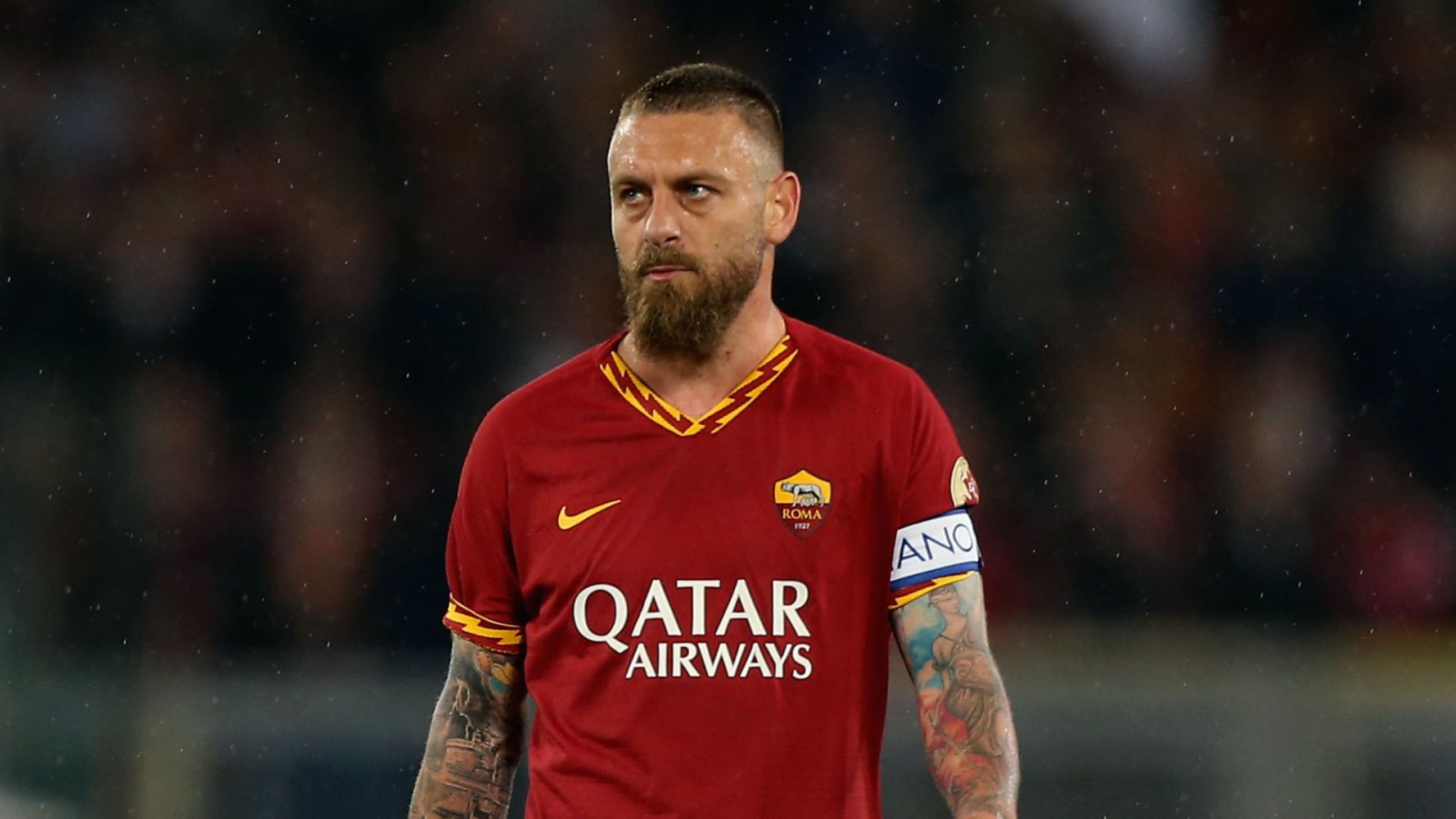 AS Roma legend Daniele De Rossi has revealed why he never made the move to his boyhood team, Manchester United.

Speaking to Sky Italy, De Rossi discussed his affection for the club and admiration fellow midfielders Roy Keane and Paul Scholes; whom he seemed to consider a stumbling block.

“I’d have liked to play for Manchester United. I’ve always loved them since I was a kid,” revealed the man who won 117 caps and the 2006 World Cup with Italy.

“It was the right choice that I didn’t go to Manchester [during Sir Alex Ferguson’s reign] because there was Keane and Scholes, incredible players.

“It was really my desire to go to Boca Juniors,” the place where he left for last summer before hanging up his boots in January.

Recently-retired and two-club De Rossi scored a stunning consolation goal in the iconic 7-1 defeat of the Rome giants at Old Trafford in 2007.

Interestingly though, he had different words to say six years ago about the club, after he declined a move in David Moyes’ first transfer window in charge.

De Rossi told Corriere dello Sport I’m 2014: “It was a good thing that I didn’t go to Manchester, now I would have committed suicide! [likely referring to United’s form that season]”

Then-manager Rudi Garcia explained the desperate Red Devils bid late in that transfer window, but it came too far down the line for the Serie A club to accept.

“I said to him [De Rossi] that I couldn’t lose him at the last minute so we fixed a date after which he would not move,” he said to L’Equipe.

“The first league match came and a few days after Manchester United called the club, called him, but the date had passed and he didn’t move.”

Ighalo: You will see a different team with Pogba & Bruno
How Sir Alex Ferguson’s retirement sent Nick Powell on a ‘downhill spiral’ at Manchester United
To Top