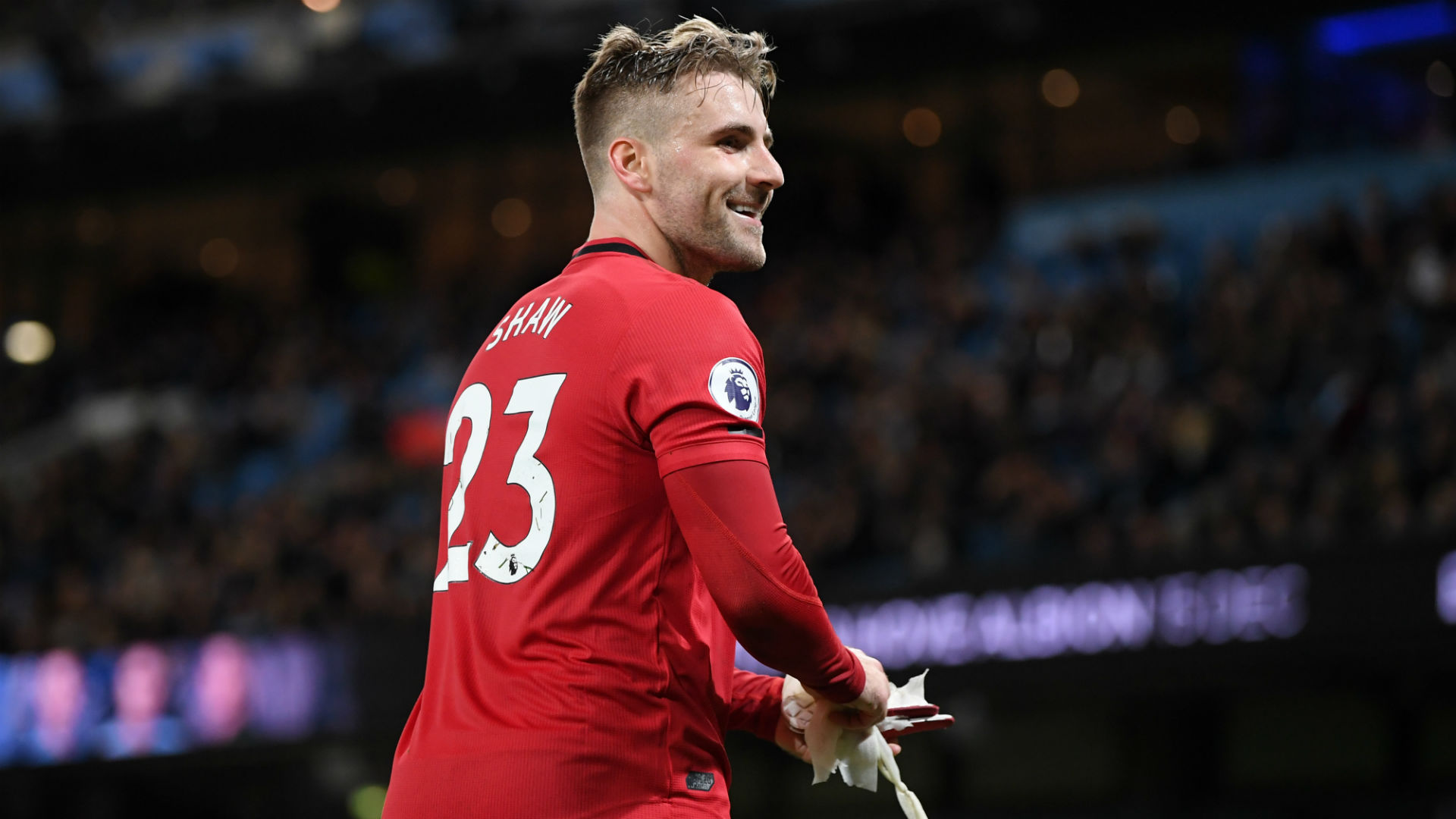 There’s never a shortage of transfer rumours when it comes to Manchester United. That’s one norm that remains despite the unprecedented COVID-19 pandemic. Manchester United are always linked with a long list of names in several positions prior to, and during, every transfer window. In fact, The Athletic’s Laurie Whitwell reported that during the January 2020 window, “the names linked to Old Trafford… reached 113 when trading closed.” 113 links with only Bruno Fernandes and Odion Ighalo signed in the January window. That’s a 1.77% conversion rate on link turning into signing.

This summer window is no different. Man United have been linked with a whole host of players including strikers, midfielders, and not to mention a certain winger plying his trade in a black and yellow kit in Germany. There is, however, no mention of any potential left-back the club is looking to bring in via the transfer market.

In this piece, I’m going to evaluate United’s current options at left-back and analyze how they square up to Alejandro Grimaldo, a left-back that I’d like to see in Manchester Red should the club decide to reinforce in the position this summer.

The current first-team left-backs are Luke Shaw and Brandon Williams, although Diogo Dalot can fill in at left full-back if required. Brandon Williams has done an admirable job after being introduced abruptly into the first team fold due to Luke Shaw being unavailable. However, he is not yet ready to be Man United’s first choice left-back, which is no criticism on the 19 year old, he needs time to develop. Brandon Williams wasn’t . In fact, if Manchester United were to sign a left-back this summer I’d hope they look into the possibility of loaning Williams out for regular first team football. This piece will focus on analysis of Luke Shaw since he’s clearly Solskjaer’s first choice left-back.

There was a lot of expectation and excitement associated with Luke Shaw prior to the 2014/2015 season. Shaw had completed a €37.5 million move to Manchester United, making him the most expensive teenager in the world at the time. It’s safe to say that Shaw’s time at United has been a mixed one. Shaw didn’t have a great first season. Shaw’s second season begun brightly however was brutally cut short early into the season with a tibia and fibula fracture at the hands of Hector Moreno, then of PSV Eindhoven. Shaw’s time under Mourinho was largely underwhelming, and it didn’t seem like Mourinho liked Shaw very much until he awarded him a new contract for a good spell at the start of the 18/19 season. However, Shaw has been a regular under Ole Gunnar Solskjaer and while he has put in many a frustrating performance, has shown an upturn in form as of late, earning the United manager’s praises.

I want to evaluate the many qualms United supporters have of Luke Shaw – to see whether they’re justified in their complaints or not. Concurrently, I will ascertain how Grimaldo fares if similar criticism were to be leveled against him.

This is one I’ve heard very often, and if memory serves, one that I have accused Luke Shaw of myself. To evaluate whether this is truly the case, I have compared the number of “days missed per season due to injury” by Luke Shaw to other notable fullbacks. The selection fullbacks used for comparison include former United fullbacks, other top 6 fullbacks, as well as Grimaldo.

The graph clearly illustrates that Shaw is the most injury prone full-back to play for United in recent years – by some distance. However, his most significant injury, a tibia and fibula fracture suffered in the Champions League causing him to miss 288 days, was an injury caused solely by Hector Moreno’s recklessness. For argument’s sake, if that injury was factored out, it would mean Luke Shaw would have missed only 65 days per season due to injury. It’s still the highest among formed United fullbacks, but it’s almost half of the 113 it is if that particular injury is accounted for.

A player’s best trait is their availability. On that note, check out Patrice Evra’s fantastic injury record while at Manchester United. An honorable mention to Matteo Darmian as well for keeping fit for a majority of his stint in Manchester, although one must consider Darmian’s low playing time a factor in that result.

(An honourable mention to Patrice Evra for being almost always available while a United player.)

Most of the fanbase’s complaints vis a vis Shaw’s fitness comes from images plastered all over social media. An image of Shaw looking overweight as compared to other footballers prior to the 18/19 season is one that comes to the fore. It certainly didn’t inspire confidence amongst supporters in the England international.

However, as shown above, The Athletic’s reported that Shaw’s “body shape is his natural physique”. This infers that his body shape and how he looks has little impact on how he delivers as an athlete on the pitch. Now, to some extent that is fair. Luke Shaw has never looked like he lacks speed and acceleration. He is capable of “bombing down” the left flank. One issue I have noticed however, is that Shaw often suffers from cramp in later stages of games. I have no evidence to support this claim, however, that’s just my feeling from the eye test. However, I’ve often felt, and statistics concur, that Shaw doesn’t have the offensive output that a United fullback should.

Considering Solskjaer wants to re-introduce a more offensive brand of football to Old Trafford, the full-back’s role is so important. In Solskjaer’s first game in charge away to Cardiff City, how high the United fullbacks was a sight to behold for supporters that were used to Mourinho’s more conservative football. Playing with high full-backs is a key tenet that Solskjaer wants to establish at United.

The overlapping quality that many full-backs often provide is especially important for United given Marcus Rashford, operating on the left-wing, has a tendency to cut in and get closer towards the opposition box. As a result, the United left-back must overlap him often in order to ensure both opposition full-back and center-back don’t converge on Rashford.

Luke Shaw’s contributions in the 18/19 season as compared to other Premier League full-backs was mediocre at best, as displayed excellently in the graphic below.

Ranking 10th is hardly where a United full-back should be. To his credit, Luke Shaw has improved defensively in the 19/20 season, making several key contributions in big games. Furthermore, his newfound ability to play as a LCB in a back 3 allows the manager greater tactical flexibility – something Solskjaer has exploited to great effect. While statistics are not yet available to me, Luke Shaw hasn’t made the same strides offensively.

Lack of offensive contribution is one complaint United supporters will never have about Alejandro Grimaldo.

As of December 2019, as per UtdArena, Grimaldo excels in performing tempo-changing passes and clear goalscoring sequence passes. In fact, he “ranks 1st from Europe’s left-backs… per 90” in those criteria as well as ranking “4th in through balls and xAssists per 90.” These qualities would’ve been invaluable to United when they were unable to break teams down and produce goalscoring chances during the 19/20 season. Also, Grimaldo registered 0.29 xAssists per 90 as of November 2019, the second highest in Europe.

Another qualm regarding Shaw is his lack of crossing ability and low output. That’s no problem for Grimaldo. As per UtdArena, Grimaldo produced 2.93 crosses per 90 and had a crossing accuracy of 36.1% in all competitions in the 18/19 season. His presence could’ve potentially made a world of difference to Lukaku’s, a striker that is aerially very dominant, United career. Regardless, it would add another element of threat to United’s play given opposition would need to be alert to another type of threat that United could pose offensively.

Luke Shaw has had a very mixed time at United. In flashes he has been excellent while in others, infuriating. Improvements are being made, and no serious moves have been made yet to either replace him or bring him additional competition via the transfer market.

Regardless, Grimaldo would be an excellent acquisition for Manchester United. It would provide them with a left-back honed at La Masia, who is excellent offensively and would provide Manchester United with additional tools to open up teams that are defending deep against them. However, the impact of the coronavirus pandemic will be felt and it’s nigh impossible that United bring Grimaldo into the fold this summer.

That being said, when they do, I hope Grimaldo is considered. There will always be the argument “he plays in Portugal”. To that I say, so did Bruno Fernandes, and I’d say that’s worked out pretty well for Manchester United so far.