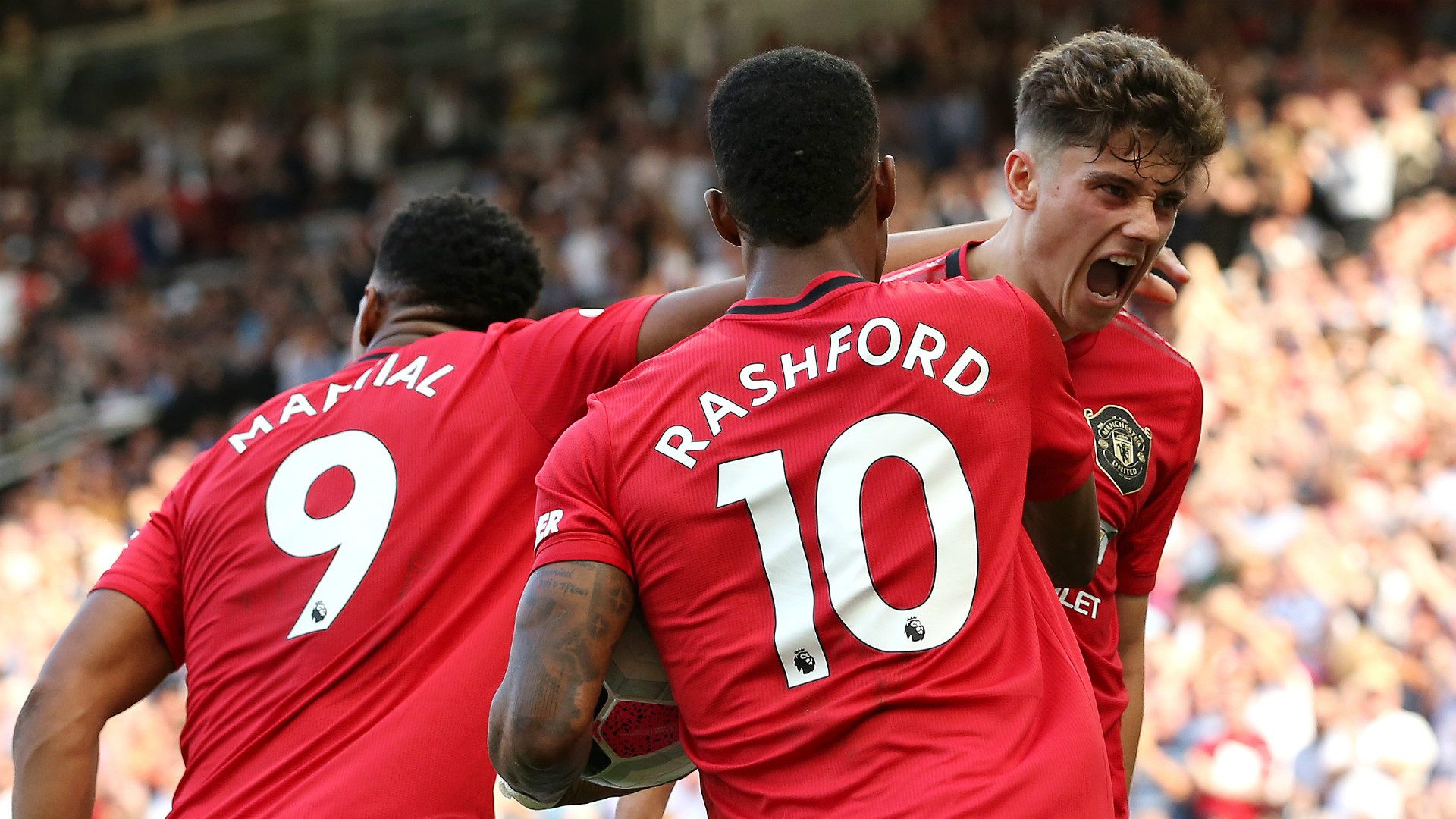 Marcus Rashford: 9
Rashford endured a troublesome start to the season but swiftly turned his doubters into fans after steadily improving and growing more and more into United’s talisman.

Rashford, who is still only 22, has scored 19 goals this season and considering he hasn’t played since January, it’s an impressive feat for a winger who has finally added consistent goalscoring to his game.

Rashford’s rapid rise through the ranks and into the first team in 2016 was sudden but the Wythenshawe-born academy graduate has proved that hard work pays off. Supposedly an extremely professional figure at the club, Rashford has become a role model on and off the pitch.

Ole Gunnar Solskjær has found the best way to deploy Marcus Rashford, playing him on the left after preferring him centrally and Anthony Martial on the wing last season.

Rashford has the second highest xG in the Premier League (15,11 xG, 14 goals scored), second only to Mohamed Salah, proving that the goalscoring is not just a ‘purple patch’ but rather steady improvement and learning how to get into scoring positions from the flank.

Rashford is expected to be available for when the Premier League returns, possibly as early as next month, and will be looking to add to his tally and surpass his career-best of 10 goals in a season even more.

Anthony Martial: 8
Just like Rashford, the 2019/20 season didn’t start off too well for Martial. Goals against Chelsea & Wolves in the first two games of the season looked promising but the Frenchman was soon to be sidelined for over two months with a hamstring injury.

The arrival of Bruno Fernandes has inspired a return to form for Martial, who struggled initially when Rashford suffered his back injury.

He became the first United player to score home & away against Manchester City since Cristiano Ronaldo in United’s last Premier League outing and has proved that he can become the 20-goal per season striker that United are searching for.

Martial’s upturn in form also coincided with Odion Ighalo’s arrival and considering the Nigerian’s continuous positive strides in the FA Cup and Europa League, you would think that some competition has done Martial well.

Often criticized for looking disinterested or being lazy, the Old Trafford faithful have also seen a different grafty side to Martial, something many didn’t believe he had in him. He’s now on course for his best goalscoring season in a United shirt, scoring 16 goals, just one shy of his 17 in 2015/16.

Odion Ighalo: 7
It looks like Shanghai Shenhua will not entertain any attempts from United to extend Odion Ighalo’s short-term loan to accommodate the unexpected changes to the current campaign but Ighalo has done extremely well in his short stint at Old Trafford.

Written off by many before kicking a ball, Ighalo has scored in every game he has started and made impressive Premier League cameos.

Ighalo could be seen as a ‘safe option’ for United to sign permanently if the coronavirus pandemic hinders the club from making marquee signings but the Nigerian’s hard work and very obvious love for the club has combined into a winning formula for Ole Gunnar Solskjær.

He was never expected to walk straight into the starting eleven and perhaps there was a bit of panic on deadline day after two failed Joshua King bids, but it has still worked out nicely for all parties involved.

Daniel James: 7
Just six months after holding up a Leeds shirt ahead of being revealed as Elland Road’s newest tricky winger, Daniel James signed for Manchester United instead from Swansea.

Making the step up from the Championship is never easy and the Premier League has proved to be tough for the Welshman but his 6 assists and 3 goals are okay numbers for a young winger who has probably been forced to play more than he expected to.

United is a huge club with a demanding fanbase and even though his meteoric start to the season was always going to fade out, supporters must be patient with Dan James.

Mason Greenwood: 9
What a season it’s been for Mason Greenwood. 11 goals in his first full season with the first team and that’s with possibly 20+ games remaining of the season, with United still in two cup competitions.

Four of those eleven goals have come in the Premier League and he has really shown United fans all over the world why he’s so highly rated at the club.

‘Best finisher I’ve ever seen’ is particularly high praise from Solskjær, who wasn’t bad himself and played with the likes of Eric Cantona, Cristiano Ronaldo, Wayne Rooney and Ruud van Nistelrooy just to name a few.

Greenwood’s ability to find the corner of the goal is unmatched at the club and he has left many still wondering whether he prefers his right or left foot.

So long he keeps scoring goals and developing as a player, fans won’t care which bodypart gets the last touch but his first campaign is definitely one which has gotten the fans up off their seats.