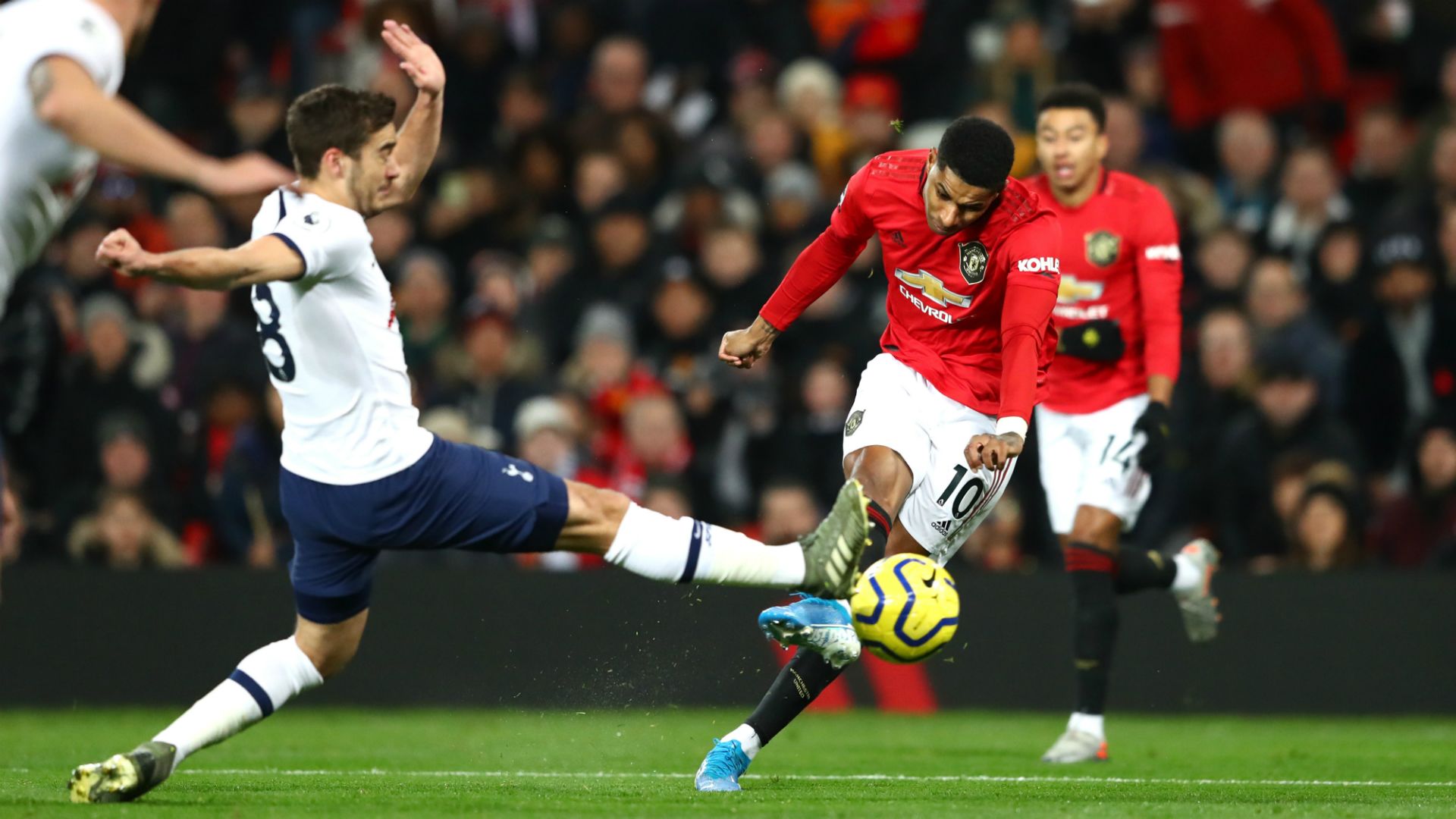 The Premier League is finally back and with it, one of the most anticipated fixtures remaining this summer extension.

Ole Gunnar Solskjær has already beaten his red predecessor, José Mourinho, once this season – over six months ago – and heads to London in search of a stunning double.

There may be no supporters and lingering fears over COVID-19 but one thing is for sure with plot threads rife: drama.

One of the sides who likely benefitted from the lockdown, Mourinho’s men were winless in six games prior to the pandemic.

The shock sacking of Mauricio Pochettino, the usual José circus, and injuries have blighted heir campaign but the mood may be about to change.

Kane and Son, their top contributors and obvious standout stars, were injured as performances dropped dramatically in their absence – even if hardly got the ‘new manager bounce’ during winter.

Moussa Sissoko, very much a Mourinho player, is one of many silver linings, potentially back to mark Bruno Fernandes.

In his Zoom presser on Thursday, the three-time Premier League-winning manager confirmed all three will start.

In other team news, Giovanni Lo Celso, who has improved under his new gaffer is a doubt.

The Portuguese boss, who arrived back in the capital in October, has often lamented the squad at his disposal, reportedly without much of a war chest to work with to improve a declining squad.

Things went from bad to worse in their last home match, a penalty shootout defeat to Norwich City in the FA Cup, as Eric Dier stormed into the crowd after a frustration Spurs fan had an altercation with one of Dier’s family.

A draw at Burnley and loss at Leipzig compounded the apathy around The Lilywhites going into football’s suspension.

Mourinho still made headlines in early April as he took mich-maligned club-record signing Tanguy Ndombele for a one-on-one training session on Hadley Common in London during the worst period of the lockdown among the strictest social distancing guidelines.

However, the 57-year-old helped later supply food around the area and the club using their stadium as a coronavirus testing centre.

There was a scare when Norwich discovered a positive test after their friendly match on Friday but there were no repercussions for either squad.

Spurs do only sit four points off United and if they can gain some momentum, supporters might start to feel happy about things on the grass of the grand state of the art ground.

“Of course I know some of their players but I try to know the players from every team and when I didn’t have the chance to work with them like I did with some of the United boys you try to study them as much as you can. Normally yes I study opponents, collectively and individually, that’s normal.” – José Mourinho

102 days have passed since United played behind closed doors Austria, four days after Scott McTominay slotted in from long range to secure another Manchester Derby win at Old Trafford.

Eight wins and three draws meant United’s last 11 games were encouraging, but that might count for nothing since the lockdown shake-up.

However, one thing that should stick around is the defensive solidity built in that period, with a settled backline only conceding two goals – both fairly freak in retrospect, too.

Full 11-a-side matches at Old Trafford and inside Carrington will have helped renew team chemistry, with various players at all levels of the squad reportedly impressing.

Odion Ighalo is signed up and fans are rightly excited for events on the pitch, while just as happy about recent news off it.

Marcus Rashford is arguably the most popular man in the country right now after his incredible political work to ensure vulnerable children can have meals throughout the summer holidays.

In football terms, there’s also good news; the 22-year-old striker is fit again and is expected feature to continue his best personal campaign yet.

In Thursday’s press conference, his manager said: “Marcus has always been a great human being, coming up through the Academy. The club recognised that early on, gave him chances, the talent, but you need to be a human being to come all the way.”

Another important off-field issue is the Black Lives Matter campaign replacing players’ names on the back of shirts for this match while having a patch on their right sleeve.

Both teams and officials are expected to take a knee prior to kick-off to show support for the poisonous discrimination still in both the sport and society at large.

As well as the black community, the UK’s National Health Service is also getting support by having their logo on the centre of shirts.

For the first time in what seems like an eternity, United have a plethora of positive selection problems, from back to front.

Given its success in the big games and the potential for Spurs to line-up in a similar shape, Solskjær may opt for a three-at-the-back formation.

Kane could target Victor Lindelöf to beat him aerially, so England teammate Harry Maguire may stick to his national skipper like glue.

It could be a cat and mouse affair, with no team particularly preferring to dominate possession and the element of no ‘home’ crowd.

Although unlikely to start, Eric Bailly is an option while Phil Jones and Axel Tuanzebe are both ruled out.

McTominay, a Mourinho favourite, and Fred should provide energy and try to block the supply lines to Steven Bergwijn, Kane, and Son or potentially the ever-dangerous Lucas Moura.

Mr Man of the Match, Fernandes, is expected to be the creative hub again but will benefit from other players taking the opposition’s attention away from him.

Like Rashford, Paul Pogba, surely itching to get one over on Mourinho like compatriot Anthony Martial, is again fit and could play his part, especially with the expanded substitute rule.

Daniel James grabbed a long-awaited goal against LASK and started fast at the beginning of the term, so he should be confident of making an impact if chosen ahead of Mason Greenwood.

“It’s a great game, a big game against one of the best teams in the league, Champions League finalists less than a year ago. It’ll be a hard game, we’ve prepared as well as we can.” – Ole Gunnar Solskjær