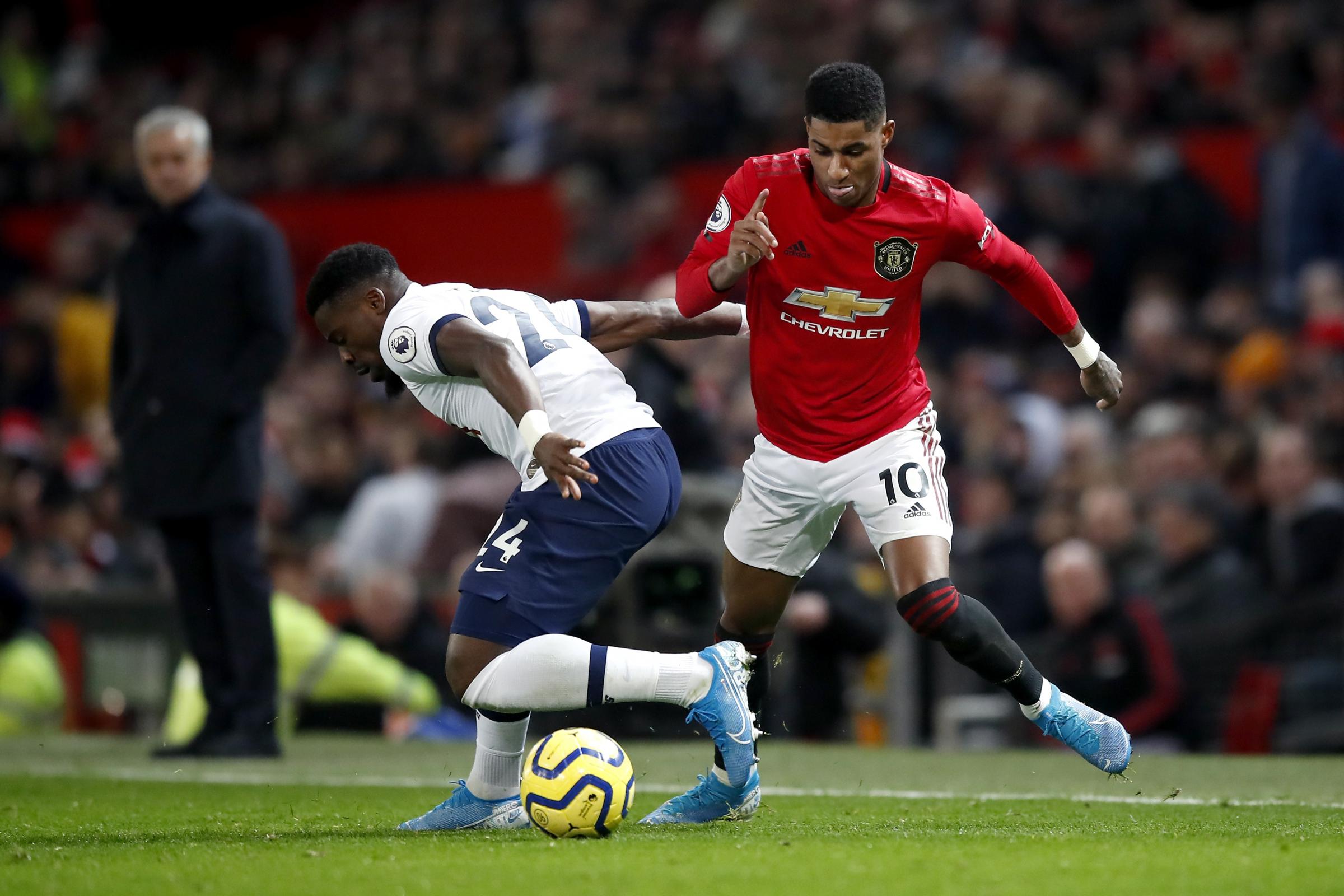 United’s heavily anticipated Premier League is finally upon us and three points at the new Tottenham Hotspur stadium could act as a catalyst for United’s post-coronavirus fortunes.

Manchester United have acted exemplary off the pitch during lockdown, going against the common grain of furloughing staff and instead making goodwill payments to match-day working staff is just one of many great strides forward for the club.

On the pitch, United improved drastically before the hiatus. Solskjær guided United to an 11-game unbeaten run, with 9 clean sheets and just two goals conceded in those games.

The euphoric win against Manchester City remains United’s most recent league game and they could complete a third double against ‘top six’ opponents when they visit Tottenham Hotspur Stadium on Friday.

The two sides met in December when two Rashford goals put Spurs to the sword and Mourinho will be hoping to eradicate the sloppiness naivety which ultimately saw United run out winners of that game.

We take a look at three key battles which might present themselves as defining in that game in just two days.

Marcus Rashford vs Serge Aurier
United’s talisman and top goalscorer has been making headlines for all the right reasons during quarantine and his latest victory in his battle against the UK government’s decision to not hand out free food vouchers for school-going children during the summer break.

Rashford’s ‘MakeTheUturn’ campaign proved to be successful and the winger has been met by universal and unequivocal praise by media and the public, and rightly so.

But Rashford’s focus now will strictly be on his return to football after recovering from a stress fracture in his back.

In the return leg last year, Rashford’s looked menacing and quickly took the advantage against Serge Aurier. The pair will meet again on Friday and Rashford will be key to a potential United victory.

Aurier is known for his inconsistent defensive performances and can be found to be caught out of position.

Rashford’s quickly developing offensive awareness, willingness to run into empty pockets and drift inside could prove to be vital to gain the upper hand in United’s attacking plays.

The three-month lay-off has also allowed Rashford to further improve his best goalscoring season with the winger currently sitting on 19 goals in all competitions. It is an especially impressive feat considering that his last game was in January.

Bruno Fernandes vs Moussa Sissoko
Whether United’s upturn in form is just down to Bruno Fernandes’ arrival is a topic for another day but it is clear that the Portuguese’s arrival has undoubtedly revitalized Manchester United.

Although Fernandes has only played five league games for United, opposition will know that United’s biggest threat through the middle will be their new midfield signing.

Manchester United fans will know better than any that placing a midfielder on a man-marking job is a tactic he’s no stranger to and it is likely that Tottenham’s returning French midfielder will be asked to nullify Fernandes.

Fernandes tends to move out to either side and could draw Sissoko out of position. United and Spurs will most likely deploy similar shapes and this individual battle could be the key to the infamous Mourinho padlock.

Harry Kane vs Harry Maguire
“You’re a wizard, Harry,” is probably what Mourinho will be telling his main man ahead of this fixture. Tottenham have been completely drained of goals since Kane’s hamstring injury in January and the England captain will be determined to mark his return with a victory.

On the other side, there’s another Harry who has vastly improved during the same period. Maguire was made captain after Ashley Young’s departure in January and it has proved to be, so far, a good decision.

Solskjær’s decision to make Maguire his permanent captain has seemed to unify the dressing room in a way that Ashley Young failed to do but his biggest impact has undoubtedly been on the pitch.

Mourinho tried to sign Harry Maguire in 2018 but attempts were rebuffed by Leicester so the Tottenham manager will be well aware of what Harry Kane is up against.

Maguire’s partnership with Lindelöf had blossomed well before the coronavirus break and the pair will be trying to counter any punches from Tottenham’s forward.