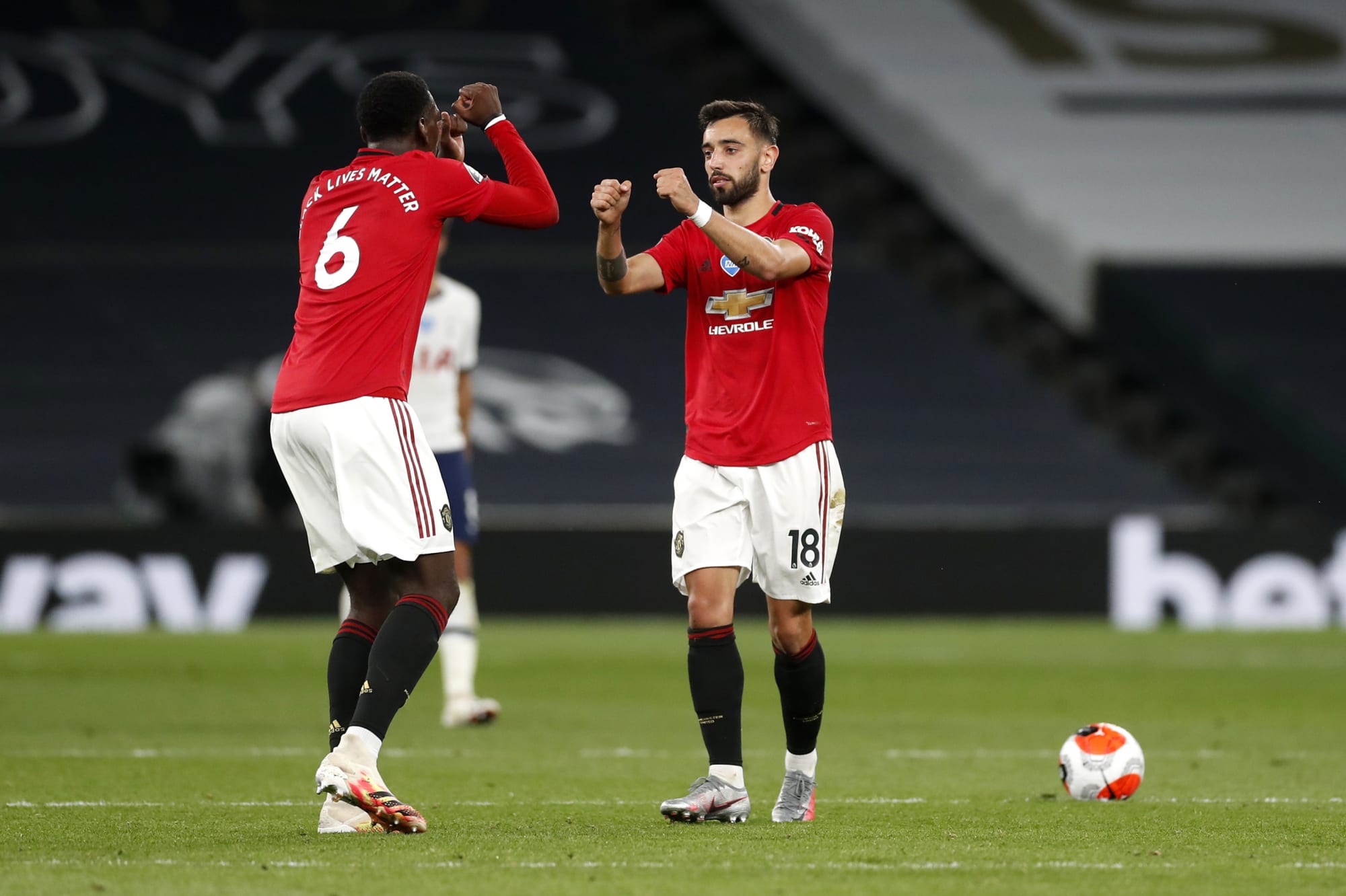 The anticipation to see two Manchester United players feature together was perhaps unprecedented in recent memory. Not only because supporters had been deprived of seeing the Red Devils in over three months, but because for the first time in the post Sir Alex Ferguson era, the team now possesses two world-class midfielders.

Fernandes has quickly made his mark at Old Trafford since arriving in January, injecting some much needed creativity into the final third. United have longed for such a playmaker figure since the failed signing of Shinji Kagawa, and the Portuguese international has transformed the team’s attacking shape.

The 25-year-old occupied this role against Tottenham Hotspur, getting in-between the lines and operating with an offensive mindset. Only three United players had more touches than Fernandes, with the team having the lions share of possession at 63%. This has been the case in all but two of the midfielder’s nine starts, with his presence in the middle clearly having a positive impact on the side’s link-up play.

With Bruno assuming an attacking role, it was widely speculated that Pogba would drop into deeper role down his left channel, and support his new partner where applicable. This was the case on Friday evening, with the Frenchman dropping a 27 minute masterclass.

United’s tempo and attacking intent was elevated when Pogba entered the field, distributing balls across the park, neatly maintaining a 95% pass accuracy rate. His ball over the top to Marcus Rashford did the rounds on Twitter and was one of the standout moments amongst the highlight reels, not to mention that he won the penalty that lead to United’s equaliser.

It was the Frenchman’s first game in 2020, but he looked as sharp and crisp as ever. They may have only featured together for half an hour, but both Pogba and Bruno quickly showed that their skillsets can compliment one another. The latter was granted freedom to roam forward, with his partner choosing his moments to push higher and dictate the play.

With a top class distributor like Pogba in-behind, Bruno can maintain a high position and give opponent’s an extra attacking figure to try and track. Such a partnership will prove key to unlocking a deep block, a system Ole Gunnar Solskjaer has struggled against as manager.

Up next is Sheffield United, who boast the second best defensive record in the division. Chris Wilder likes to setup with an orthodox 3-4-2, packing the middle of the park with bodies. A defensive resilience has been integral to the Blades’ league positioning this season, but both Pogba and Bruno have the opportunity to provide a solution to such a set-up.

Their ability to produce quick one twos will be vital in shifting the ball at a high tempo, but long balls out-wide will be just as effective. United showcased that attacking the Blades’ isolated channels can be effective back in November, being just one of two sides to put three goals past them in the league.

The likes of Marcus Rashford, Anthony Martial and (hopefully) Mason Greenwood can exploit the spaces in-behind the flanks. They will rely on the two creators in the middle to find them though, who have averaged 2+ key passes per game this season.

On paper, Solskjaer’s side has quickly formulated one of the most dangerous frontlines in the country. In practice, progressive signs have certainly transpired, and Pogba’s return will hopefully provide as one of the final cogs to completing the attacking blueprint.