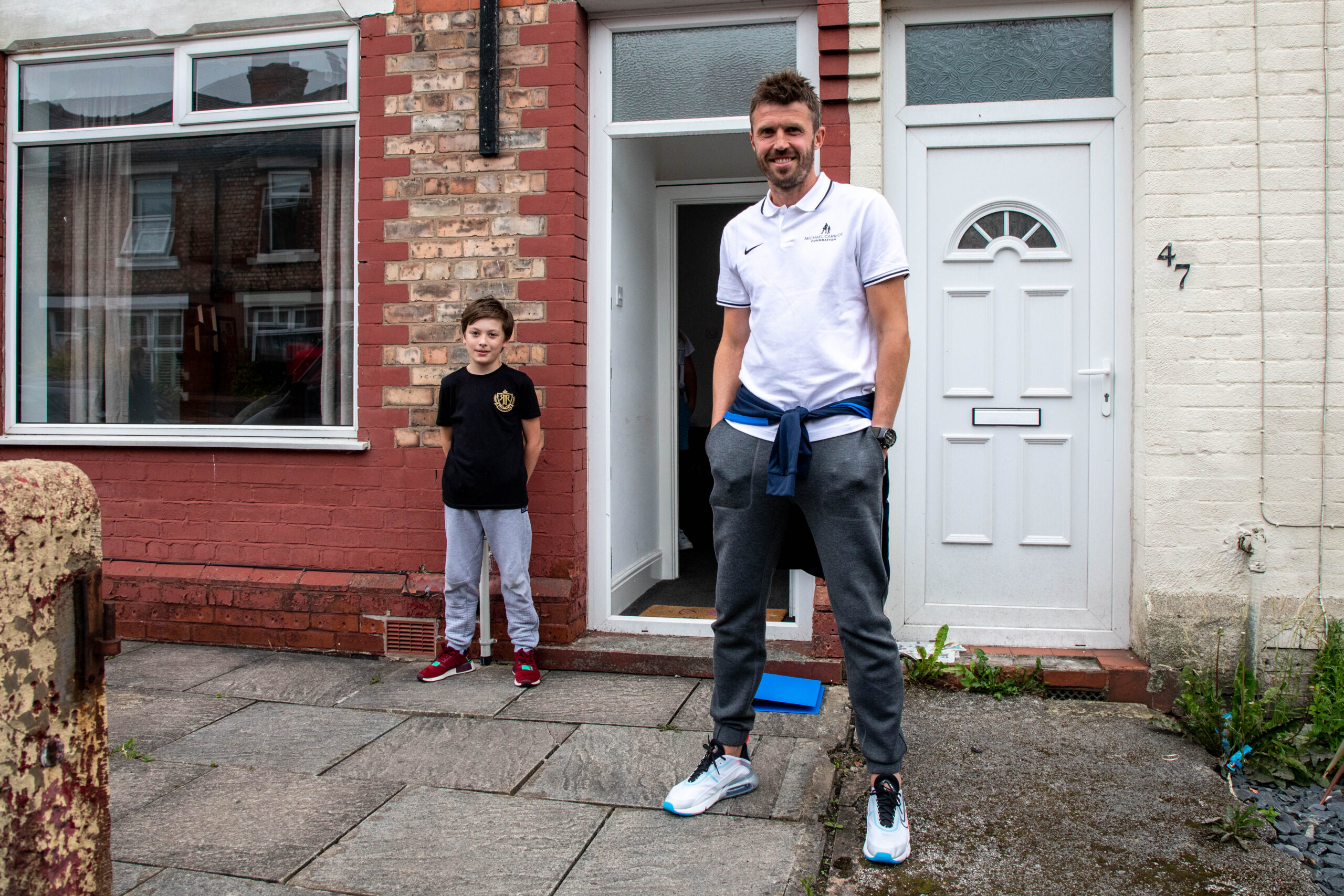 Manchester United have gone from strength to strength with respect to doing good for the community amidst the coronavirus pandemic. They’ve refused to furlough staff and have introduced several community initiatives. Both the club and its players, notably Marcus Rashford, have done excellent work to ensure their communities are supported through this trying time.

To that end, in May 2020, MU Foundation pledged to provide thousands of activity and care packages for schoolchildren and the delivery of the second batch of the aforementioned were done yesterday by none other than Michael Carrick.

These packages, provided with support from The Michael Carrick Foundation, are focused on home schooling and an eventual return to school. This isn’t the first time Carrick’s foundation has collaborated with the MU Foundation either. Both foundations partnered for Carrick’s testimonial in 2017 as he brought an end to an illustrious career. They partnered yet again to fund the Street Reds project, which offered free football and other activities to those aged 8-19. In fact, many recipients of the packages are Year 6 students who are participants of the Street Reds project and are due to join Stretford High School soon.

Michael Carrick is personally involved in the packing, loading, and delivery of the items. It is this personal touch that is truly endearing. Carrick said, “It’s a difficult and uncertain time we find ourselves in and although we can’t deliver our usual weekly Street Reds sessions, we want participants to still feel supported.”

Ellie Lioudaki, assistant headteacher at Stretford High School, said that the pandemic and consequent lockdown meant that “planned arrangements for supporting children’s transition to Year 7 have been disrupted significantly” and implied that the work MU and Carrick Foundation are doing will help to “ensure children have a safe and happy transition to Stretford High School” as the “initiative is going to kick start their journey to secondary education!”

Lioudaki alluded that the sheer fact that children will receive the packages from Carrick itself will be extraordinary for them. Lydia-Rose, a recipient of a package, couldn’t agree more. She said that “I recognised him [Carrick] but then I had to process what was happening! I’ve watched him play for United but never thought he’d be here.” Lydia-Rose also confirmed that the box would fulfill its purpose in that it “will really help with starting high school because it’s got lots of things in it that I’ll need.”

On the pitch, Manchester United are on a 12 game unbeaten run and while they gear up for their first home game of Project Restart where they receive Sheffield United, it’s heartwarming to know that the club is keeping their incredible run of community service going as well.

Pep Guardiola believes Manchester United can challenge for 2020/21 Premier League title
David de Gea is fighting for his place again, and reportedly has 12 months to save his United career
To Top