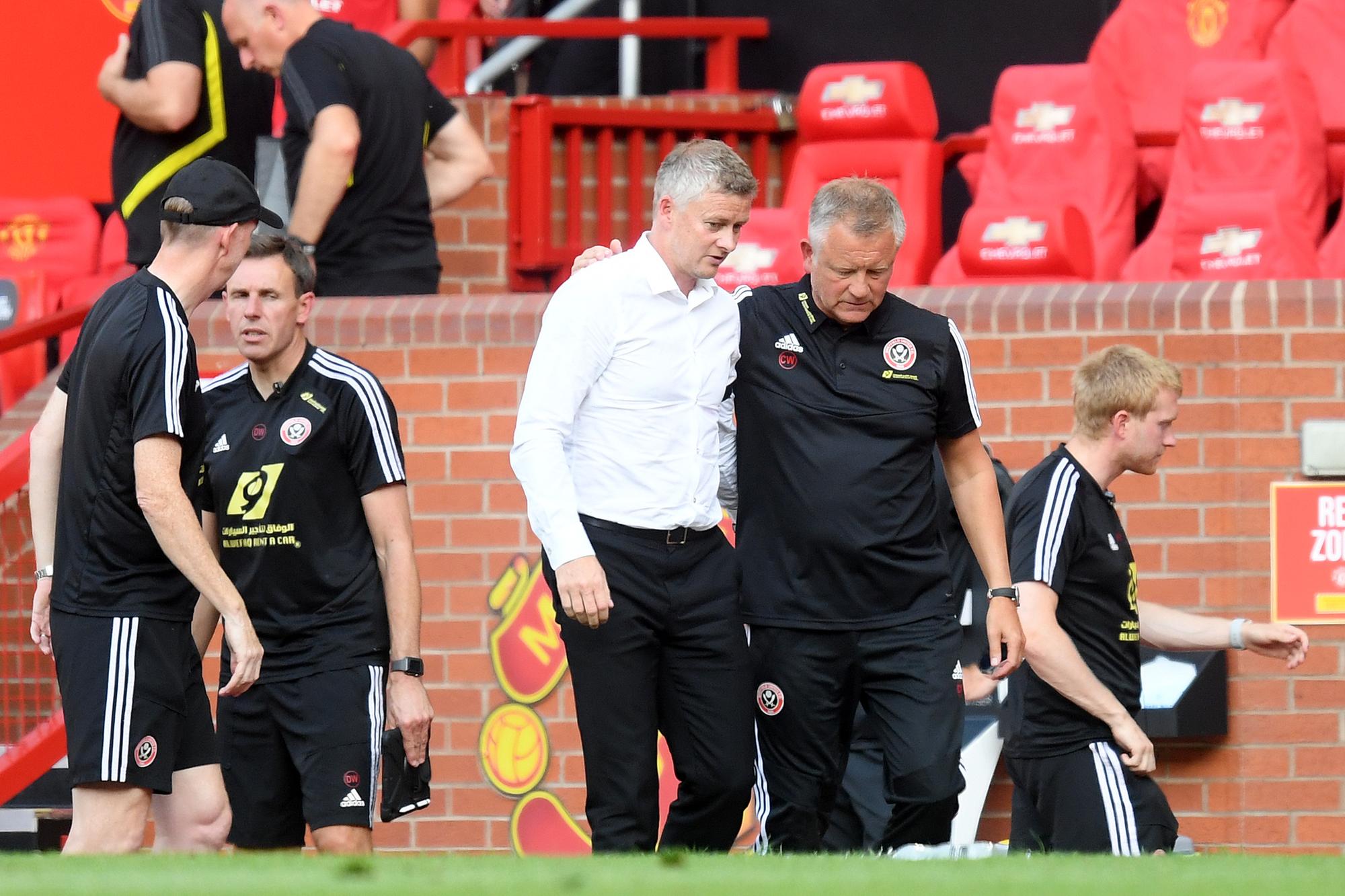 Manchester United showed glimpses of class in the stalemate against Tottenham on Friday but they went on to leave no doubts in Wednesday’s 3-0 thumping of Sheffield United.

Solskjaer’s men looked poised from the off and it immediately felt like it was going to be a good day on a sunny late afternoon at Old Trafford. Paul Pogba’s first start after injury — and alongside Bruno Fernandes — also proved fruitful, but all the headlines were stolen by United’s No. 9, Anthony Martial.

The Frenchman found himself in all the right places in United’s return to an empty Theater of Dreams as he terrorized a depleted Sheffield defence and bagged the first Premier League hat-trick by a United player since THAT Robin van Persie triple in 2013.

Speaking on his striker’s antics after the game, Solskjaer couldn’t hide his enthusiasm at not just Martial’s tally for the night, but also his willingness to get into the box.

“I’m very happy for him,” Solskjaer said. “First two, in the box from crosses and we’ve worked a lot with Anto (Martial) on being patient in there. He is a quality player that can drop out of the box and get on the ball but that’s where (in the box) you score the goals.”

Solskjaer also went on to praise Martial and the other forwards at the club for putting in the work during finishing practice while also acknowledging Aaron Wan-Bissaka’s improvement in the final third (assisted Martial’s second.

“He’s a former winger and he had a couple of other great crosses as well that we need to be getting on the end of, but Aaron is developing all the time. He hasn’t played full back many years so he will only get better,” Solskjaer added.

Speaking on United’s dominant performance as a whole, Solskjaer seemed a little disappointed that his side didn’t manage to record a few more strikes on target. The United boss praised his side for picking up consistency in the creation department but urged his frontmen to become even more clinical in front of goal.

The comfortable victory marked United’s ninth in all competitions in the last 13 games. The Reds look sharp coming out of the COVID-19 hiatus and Wednesday’s fixture allowed for the crucial reinforcements in the shape of Marcus Rashford and Paul Pogba to get more minutes in their tanks.

Solskjaer had some words about the latter’s performance as he concluded his post-game media obligation.

“Paul was quality out there,” Solskjaer said. “He settled us, he had good decision making, good passing, it’s hard to take the ball off him. I’m very pleased that we could get more minutes into him and let’s see what we can do in the weeks coming.”