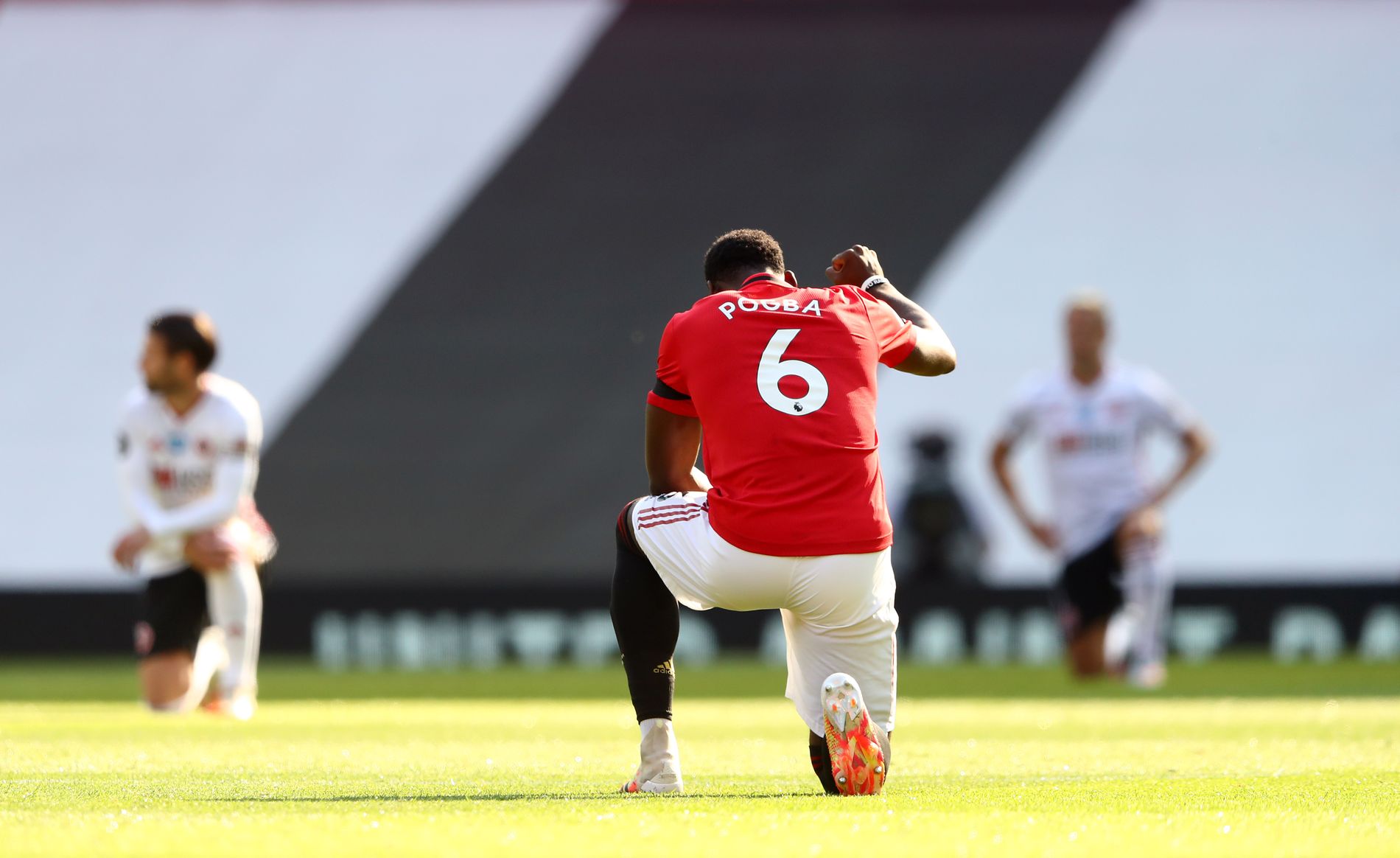 Anthony Martial’s hat-trick against Sheffield United stole the headlines — and deservedly so — but the influence of Paul Pogba in his first start since September cannot be overlooked.

The French midfielder’s comeback from persistent injury problems was highly anticipated to say the least. Even though United were already beginning to find their groove before the lockdown, Pogba’s quality improves any team.

The other talking point heading into Wednesday, following their promising cameo together a few days prior, was Pogba’s link up with Bruno Fernandes. Fernandes has been instrumental for Ole Gunnar Solskjaer’s side since his January move from Sporting, and the thought of adding someone like Pogba into the midfield next to him quickly became a mouth watering prospect.

There were also a lot of questions. Can they play together? How do they fit alongside each other? Is Pogba committed to playing for United? The initial signs in London were good, but the clash against Sheffield United was the one that was going to be telling.

Fast forward to the aftermath of United’s comfortable 3-0 dispatching of this season’s Premier League surprise story, and it is looking like the Reds are getting ever closer to finding the winning formula. And what’s even more promising is that Pogba and Fernandes can in fact play together. The duo were both at the heart of most of the things United did good going forward on Wednesday.

The focus here though is Pogba. His value to United has constantly been questioned in his absence. As has his commitment. The transfer speculation never ends either. Meanwhile, from Pogba’s side, we’ve heard nothing but silence. The only thing we knew for certain was that he has looked like a man that’s focused and eager to just play football again. And in 107 minutes of action since his return, he has epitomized exactly that.

Pogba has been all smiles in the training footage that we’ve been able to see and he has carried all of that energy onto the pitch. The Frenchman came on to change the game against Tottenham last week, but his presence and influence on the team as a whole was felt even more against United’s season-long top four rivals.

United’s No. 6 got the nod from the start and looked like he hadn’t just missed an exponential amount of competitive football. Adopting a deeper role, as expected, Pogba left most of the advanced creation duties to Fernandes while he took charge of dictating the play from closer to the center circle.

As comfortable as ever on the ball, Pogba was diligent with his minimal defensive duties (Sheffield were not very threatening) while also keeping an eye out on what was happening ahead. He perhaps didn’t join in with United’s rampant offensive unit as much as we had gotten used to, but his presence was felt up there.

Pogba recorded 4 key passes and 5 successful take ons as he put his stamp on most of the big chances United created. The Frenchman had a hand in United’s second as he slipped the ball out wide to Aaron Wan-Bissaka who then teed up Anthony Martial with a low driven cross. But what Pogba can really offer to this United side going forward was truly magnified in the build up to United’s and Martial’s third.

Pogba stepped into the opposition half with the ball before scanning what’s ahead and picking out Fernandes with a zipping pass into the channel. Fernandes then showed brilliant awareness to flick the ball into Martial’s feet just outside of the box, allowing the No. 9 to then cutely link up with Marcus Rashford before grabbing his hat-trick with the coolest of finishes.

Pogba’s involvement in that play may feel a little distant and perhaps not that important to some, but that goal doesn’t happen without him. Not many midfielder’s can spot that pass and play that ball into Fernandes to start that slick sequence off. But players like Pogba and Bruno operate on a different wavelength. It’s the kind of creative fantasy that United have been searching for — particularly in the gritty games against low blocks.

Pogba had already showed the world exactly what he is capable of when operating from a deeper position during France’s World Cup winning campaign and he once again reaffirmed that against the Blades. Playing there might not always be flashy, but Pogba too can find a way to be the showman he is while doing the simple things.

In the Sheffield victory the 27-year-old also added 66 completed passes at an 84% rate, 9/9 duels won, including 3 in the air, and a total of 91 touches. Nemanja Matic contributed massively defensively. Bruno was instrumental in the final third. But Pogba was the midfield general. Near enough everything went through him.

As good as United may have looked before the lockdown without Pogba, he makes the team better with immediate effect. A player of his talent is almost impossible to replace and with the commitment and application that he has been playing with over the last two games, there are few — if any — that are better than him in the world.