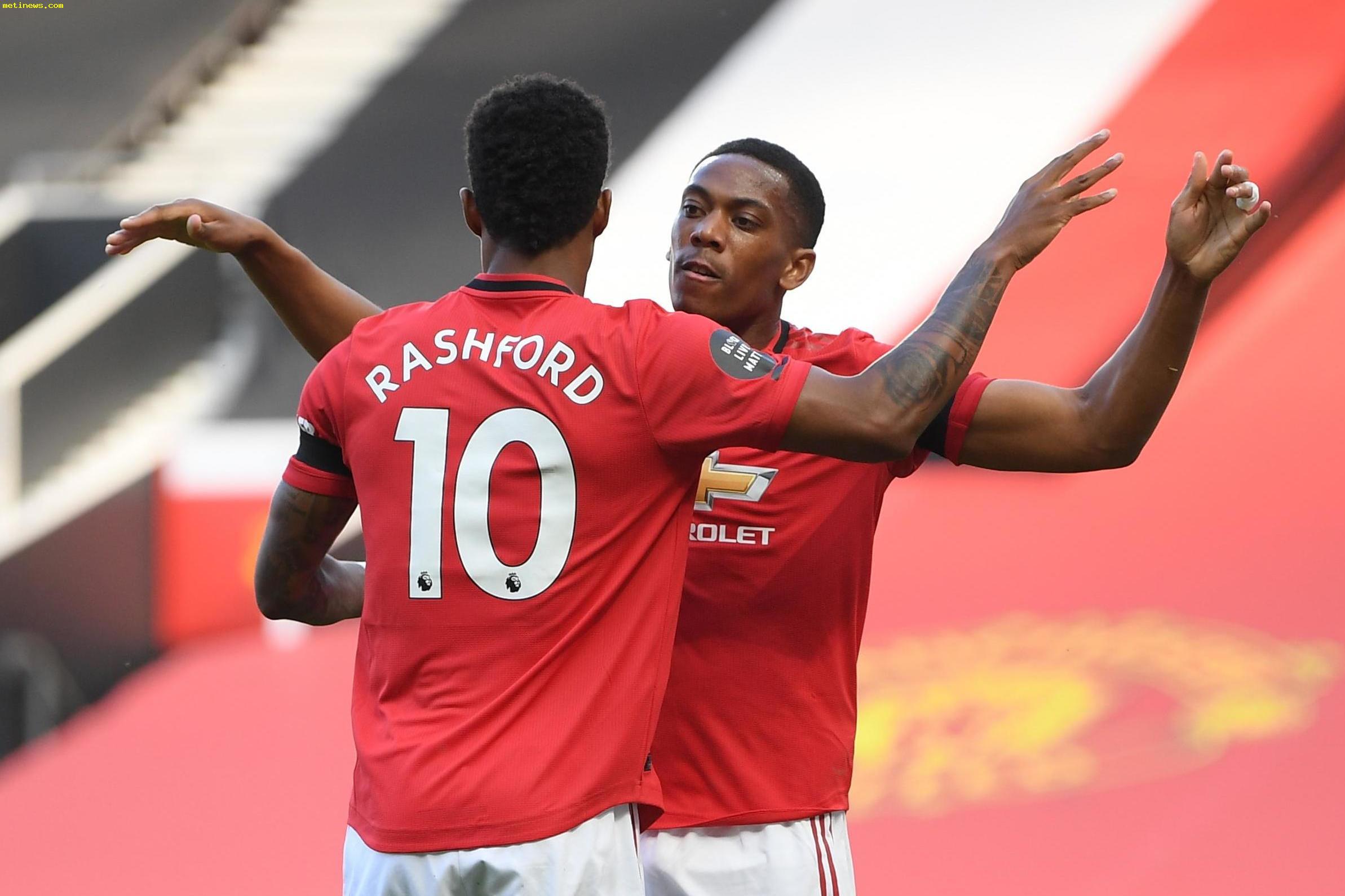 Back to the bread and butter, United’s credentials for finishing well in the Premier League are tonight set to be tested by the seaside.

After making it through to his second semi-final this season, Ole Gunnar Solskjær can concentrate on the domestic campaign. while Graham Potter’s Brighton look to all-but secure their top-flight status for another term.

The match-ups keep on coming, so here’s your lowdown for the South Coast clash tonight.

Brighton took a gamble on Potter ahead of their third season in the Premier League and so far, it’s paid off in another solid campaign.

Their exciting style of play and youthful squad shocked teams earlier this term but since the reverse fixture at Old Trafford in November, have won just three games.

Although Potter has been a surprise package in the dugout, the 45-year-old will be hoping for a shock result to ensure a relaxing final month, as they currently sit six points above the relegation zone; five clear of the main scrap.

The former Östersund and Swansea City boss, the latter of which where he coached Daniel James, admittedly declared his side were ‘well-beaten’ in that aforementioned Remembrance Weekend clash, so will be challenging his players for improvement.

Their outings are usually tight, rarely losing by more than one goal and have the second-most draws in the division with 12.

The Seagulls’ last home fixture against Arsenal was a welcome first win in 10 as French forward Neal Maupay scored a late winner.

Former Brentford man Maupay, however, did miss a penalty early on in their last outing, meaning it was a dower goalless draw.

Moving onto this encounter, Brighton will be hoping to retain their 100% record at home to United since being promoted in 2017.

Leandro Trossard, who has had stuttering maiden season on the South Coast, could be recalled if Steven Alzate isn’t declared ready and face a feared foe down his left flank.

Speaking to the club’s website, the 25-year-old Belgian winger said: “Aaron Wan-Bissaka has probably been my toughest opponent so far, he has a bit of everything.

“He is quick, strong and is good on the ball. You think you’ve got away from him and then he can be back on you.”

In terms of other team news, Tariq Lamptey has had stitches on a facial found sustained last week so is in contention to play a part.

Adam Webster also came off against Leicester, due to a hamstring injury, but has made ‘good progress’ according to his manager and is ‘touch and go’ as to whether he’ll be involved.

“We don’t think about how many points we may or may not need at this stage to be safe. We’re playing one of the most in-form teams in the league, we’ll just keep trying to pick up points between now and the end of the season.” – Graham Potter

Harry Maguire sent United through to face Chelsea at Wembley next month following two hours of agonising action on Saturday in the victory over Norwich.

Plenty of players got a run out, making changes inevitable here as the Red Devils dropped to 6th at the weekend due to Wolverhampton Wanderers picking up three points.

The 120 minutes will have taken its toll on Solskjær’s squad, 17 of whom featured thanks to the FA Cup’s expanded substitution rule.

The Norwegian was criticised for too much rotation and truthfully, the game was only won once the stars entered the fray but he has once again reiterated his desire to ensure players don’t get complacent, saying: “You need competition for places at Manchester United.

“If you think you’ve got a divine right to be playing every game and are doing so well that we’re not going to look for players to replace you, you’re in the wrong place.

“We’ve always got to look at improving, and if they [players] don’t improve, we might have to look somewhere else to get better because we have to be better.

“We’re too far away from where we need to be and want to be.”

In his pre-match press conference, the manager confirmed that promising youngster Angel Gomes has not yet agreed a new contract with the club and is set to leave when his current deal expires.

Meanwhile, one incoming is set to be young right-back Marc Jurado, who is leaving FC Barcelona’s La Masia and reportedly heading to Manchester.

David De Gea, Victor Lindelöf and Wan-Bissaka are set all for recalls, possibly joining Maguire and Brandon Williams in the rear guard.

However, Luke Shaw has started all three games post-lockdown and when Solskjær was asked about the 24-year-old in yesterday’s presser, he said: “We manage the squad and manage players differently, and Luke’s had a good upturn in form.

“He has a spell out and is playing some good football. Let’s see if he starts this one.”

Bruno Fernandes worked tirelessly at the weekend to preserve his 14-game unbeaten record since joining so is unlikely to complete 90 minutes if selected to state.

Nemanja Matić and Anthony Martial made individual impacts at Carrow Road, meaning they should get the nod from the off this evening.

“They’re a good footballing side, play football and make it hard for you. I’ve not been down there myself and fans, of course they matter and have an impact on games and football.” – Ole Gunnar Solskjær