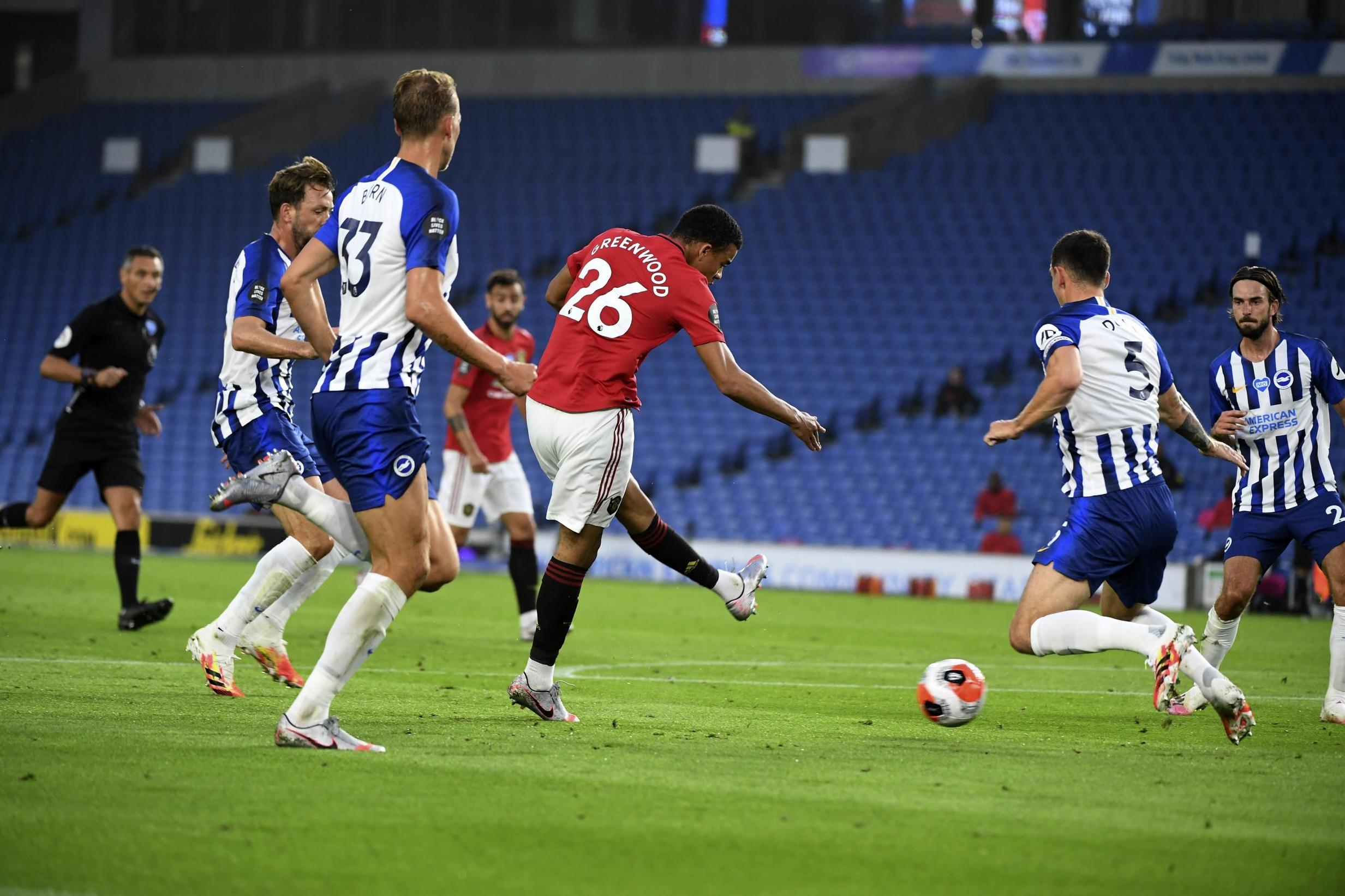 Manchester United move two points within fourth place after another 3-0 win in the Premier League.

A completely dominant first half against Brighton set up for another comfortable evening as United chase down Chelsea and Leicester at the top of the table.

Brighton set up with an extremely low team, putting all eleven players behind the ball and pressing United very high up. Graham Potters’ gameplan was obvious but United did well to nullify any threat the Seagull’s had and didn’t stress their offensive plan.

One goal from Greenwood and two from Fernandes meant that United are now unbeaten in their last 15 games.

David de Gea: 6
Perhaps for De Gea, the defensive record over the past 15 games has been flattering but the Spaniard had to work to keep his clean sheet today and deserved it.

The goalkeeper didn’t have a single save to make in the first half but showed great focus to stay on his toes in the second half when United tried to see the game out.

Did well and offers a completely different outlet through the right channel compared to just under a year ago when he made his debut for the club.

A couple of fantastic recovery tackles in the first-half were as Wan-Bissaka as it can get.

Victor Lindelöf: 7
Comfortable and was put in sticky situations at times against Connolly. The Brighton forward is faster than United’s defender but the Swede used his body well to usher Connolly to either side of the goal rather than through a dangerous direct route.

Harry Maguire: 7
Just like Lindelöf, comfortable in the first half and a little less in the second.

Luke Shaw: 7
‘Mr. Undroppable’ Luke Shaw has improved immensely over the course of the 2019/20 season and he will still have his critics but he did well once again against Brighton.

Wan-Bissaka’s improvement is there for everybody to see but United always look more dangerous attacking down the left and plenty of that is down to Luke Shaw – even if it looks like he can’t be bothered at times.

Nemanja Matic: 9
It’s only two weeks since United made their return to Premier League football and Solskjær picked his first starting eleven back.

He went with the two he’s trusted all season in McTominay and Fred but it seems like the pair have already lost their places. Matic’s improvement since the turn of the year and Paul Pogba’s comeback has given Ole a selection dilemma but nothing should be taken away from Nemanja Matic.

His awareness, calmness on the ball and responsibility allows the other midfielders to focus on other things rather than always thinking about keeping a certain shape.

Against Brighton, Matic displayed all the reasons why he adds to a brilliant midfield balance.

His beautiful sliced opening ball to start off the counter attack which eventually lead to United’s third goal was a piece of a magic.

Paul Pogba: 8
You could have argued that United didn’t need Pogba anymore before the coronavirus lockdown. And make a pretty good case for it.

And although that is still possible and true to some extent, what the Frenchman has put on show since returning to football has proved that it’s never smart to let a world-class talent go.

Against Brighton, Pogba was comfortable and everything looked like it came naturally. It looked like Pogba was playing in second gear and was still head and shoulders above everybody else on the pitch.

His third assist of the season and first since the opening weekend was a good one and finished by Fernandes – through a big deflection. Substituted after an hour – expected.

Mason Greenwood: 9
A lot will be said of his goal celebration – an alleged tribute to Angel Gomes who left United on Tuesday – but an 18-year old should not show the kind of maturity that Greenwood did against Brighton.

His first goal is now somewhat expected from the striker but his ability to shift feet makes it so hard to defend against. He caught on to Matic’s brilliant ball in the second half and easily picked out Bruno Fernandes. Easy from him.

Bruno Fernandes: 9
He hit the post early on but it only took a few minutes before he found the back of the net. Paul Pogba’s cutback was met by the Portuguese international and the ball found the net via a deflection.

Fernandes’ leadership was on show plenty against Brighton as we often saw him handing out instructions and it epitomizes the role he has taken since joining in January.

His second goal was the final piece of a beautiful puzzle as he finished off a brilliant counter attack. The final goal of the game, which ultimately killed the match, was Fernandes’ sixth in United red.

Marcus Rashford: 6
A difficult evening for Rashford again but the winger must be allowed to play himself into form and there’s no doubt that Solskjær will keep playing United’s talisman.

Anthony Martial: 5
A bit of a contrast to last week when Martial scored three but the Frenchman was anonymous. Brighton’s very low block did not help but Martial will be looking to Bournemouth as quick as possible.

Bench
Used subs: James, Ighalo, McTominay, Williams & Pereira:
Came on to a game already put to bed and could do little to make a difference.