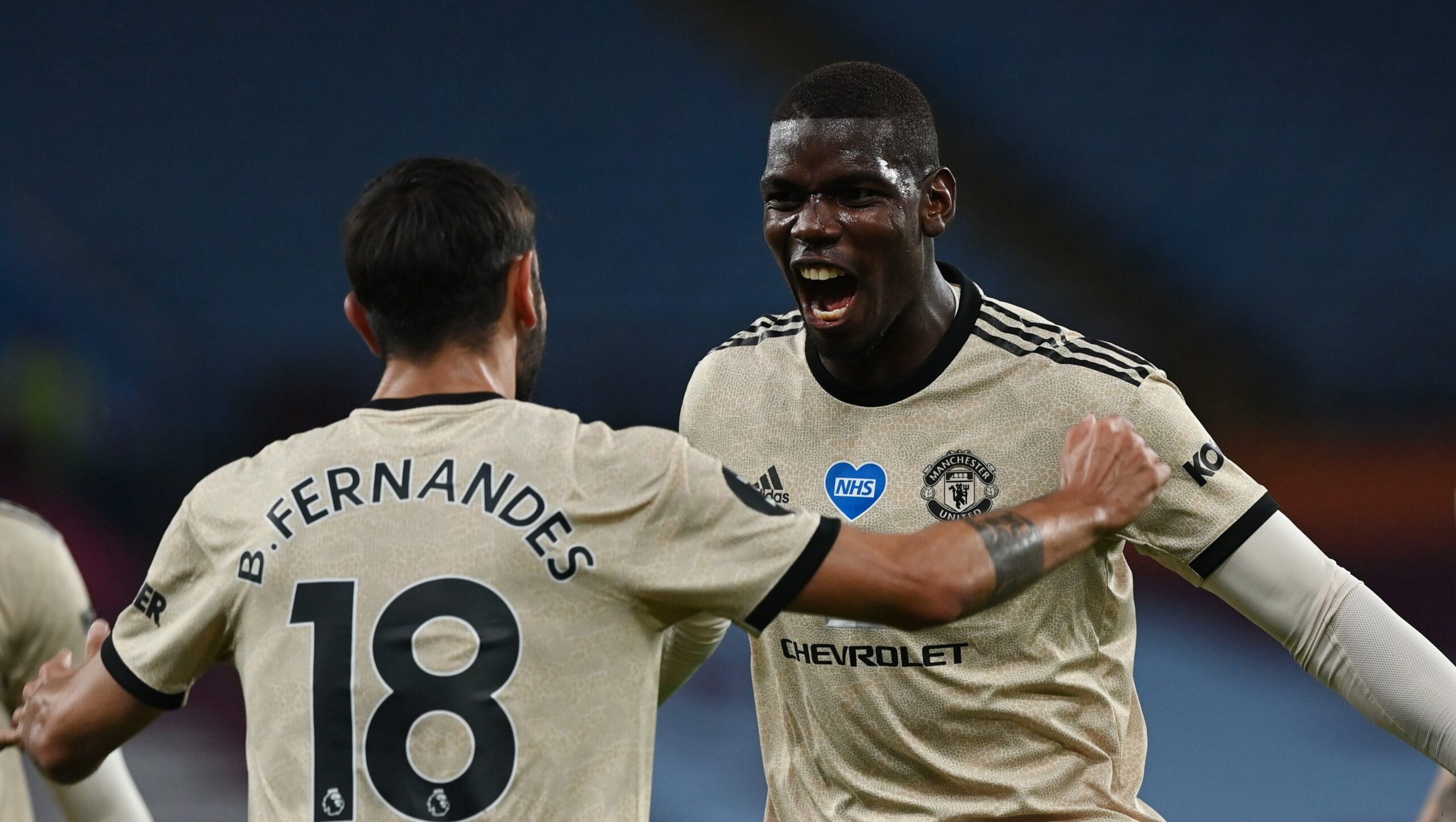 Manchester United’s attack simply refuses to slow down as the Reds marched to yet another convincing victory 3-0 victory over Aston Villa on Thursday night.

Ole Gunnar Solskjaer’s side has looked difficult to deny going forward since the restart, and in spite of their best efforts, Villa also capitulated.

United weathered Villa’s initial adventurous intentions and grew into the game after the first 15 minutes. The Reds gradually gained control of proceedings and opened the scoring on 27 minutes via a Bruno Fernandes spot-kick.

Mason Greenwood then went on to score in his third consecutive Premier League game, doubling United’s lead with a glorious outside of the box effort with his right foot right on the brink of half-time.

United never looked like conceding since going up two, and Paul Pogba rounded off the scoring in the 58th minute following a neat set-piece routine as he curled a right footed effort into the bottom corner after being found by Bruno’s corner.

Reflecting on the victory post-game, Paul Pogba gave his first interview since his return from injury and praised his teammates for the excellent run of form as of late. United are now unbeaten in 17 in all competitions.

“We are pleased with ourselves, but we know we have to carry on as well,” Pogba said. “We have to carry on. We have been talking about it in training. That’s what United is. It is a big club and we have to keep the level up, always. The performance today and over the past few weeks have been good and that is the standard of Manchester United.”

The boss went on to echo his midfielder’s thoughts in his respective interview, giving credit to United’s second half effort but acknowledging Villa and the fact that United were a bit sloppy to start off.

“I don’t think we were in total control and going into half-time 2-0 up we were a little fortunate,” Solskjaer said. “But from then on we were in control. We played some excellent stuff in the second half and I thought the lads were going to keep a clean sheet at 2-0. They took their criticism from the last game and went on to perform really well.”

Naturally, Mason Greenwood became the obvious talking point once again after scoring another excellent goal to help United to a fourth consecutive Premier League victory by a margin of three or more goals, the first time any team has done that in Premier League history.

Both Solskjaer and Pogba went on to praise the youngster, showing both admiration of his game and also reminding the 18-year-old that this is only the beginning of his journey as a Red Devil.

“I am doing my bit to help him but it is all down to him,” Solskjaer said. “It is up to him to turn up in training sessions, preform in the games, live his life properly. But he can go as far as he wants to.”

Pogba echoed his manager’s thoughts in their entirety.

“I enjoy to see them (United’s attack) play in front of me,” Pogba said. “I enjoy watching this kid (Greenwood) in training and in the games and I will keep pushing him to get to the top. He can do even more and what he is doing right now is just talent and he has shown that he can play in this team.”