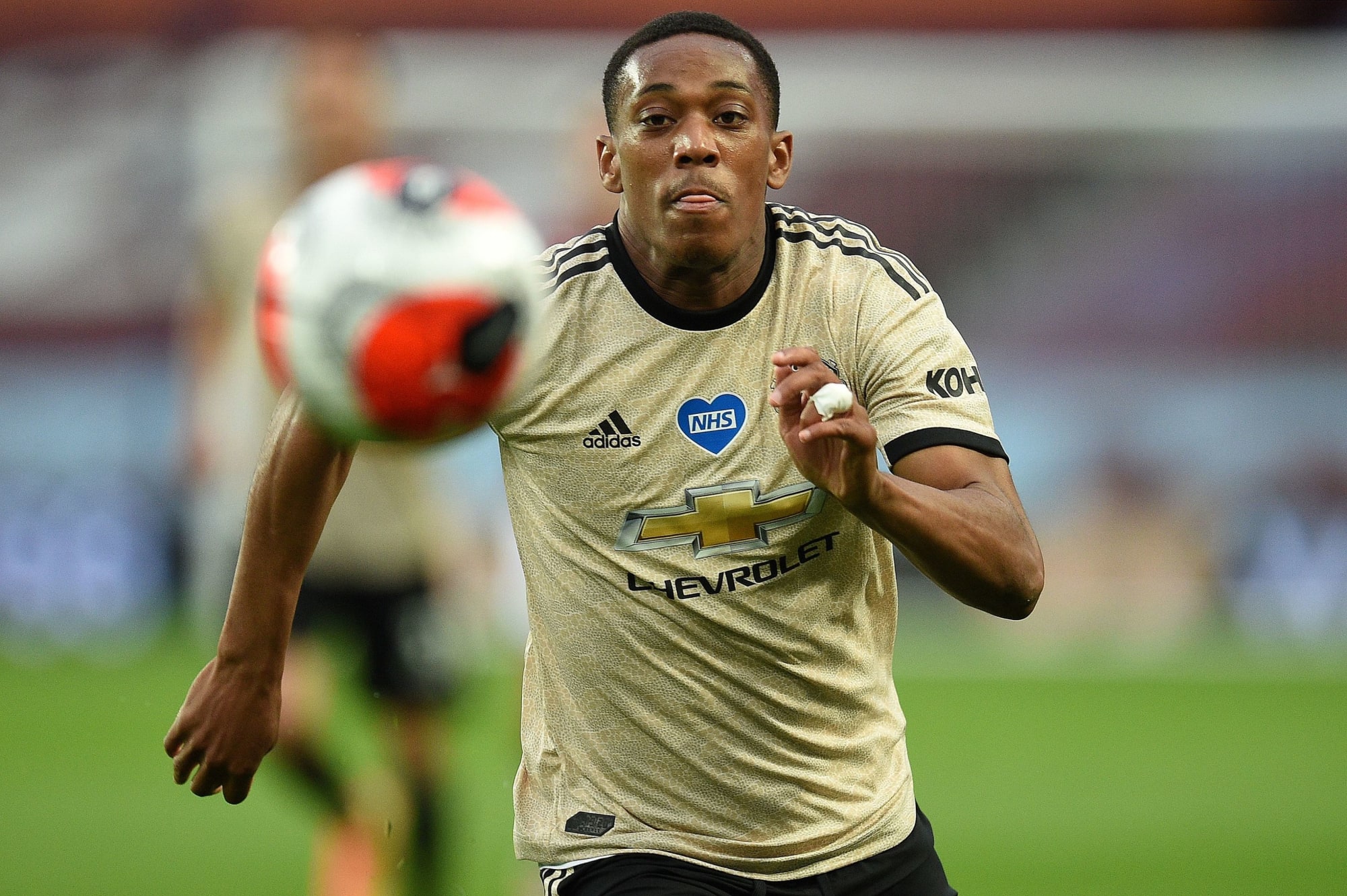 Ole Gunnar Solskjaer has addressed Anthony Martial’s reaction to being subbed off last night, admitting he was happy to see the player’s desire to stay on the field.

The Frenchman was brought off after 79 minutes, with Manchester United already 3-0 up against Aston Villa. It was a dominant display from the Red Devils and with the game seemingly won, the manager was keen to make substitutions, given the club’s hectic fixture schedule.

Martial was unhappy with such a decision though, with his body language telling the whole story. The forward was evidently frustrated to not find the back of the net, having scored four already since the restart.

Solskjer had no qualms about the reaction though, stating (via Evening Standard): “It’s great to see him unhappy when he comes off because I want players who want to be on that pitch with their team-mates. Brilliant.”

This sort of aggressive mentality is what the manager demands from his attackers, constantly reiterating his desire for the frontmen to get inside the box into goalscoring positions. His own experience as a striker is certainly rubbing off on such players, with the frontline producing record-breaking numbers this season.

United are the highest scoring team in the division since the restart, with the hard-work put in during lockdown paying off. Solskajer acknowledged this factor, further saying: “Anthony’s getting fitter and fitter and he could have lasted the game of course and he’s starting every game. I’d be more worried if he wanted to come off. Everyone wants to be a part of the team, be on the pitch and he’s put a shift in so that’s fine.”

Martial has elevated his game as the side’s starting number nine this year, enjoying his best goalscoring campaign in red colours. A shift in mindset has certainly been an influential factor behind such, and his form has helped United hit new heights, in recent months.

Solskjaer and Pogba react to United’s 3-0 win over Aston Villa
Peter Schmeichel: De Gea could play at United for another 10 years
To Top