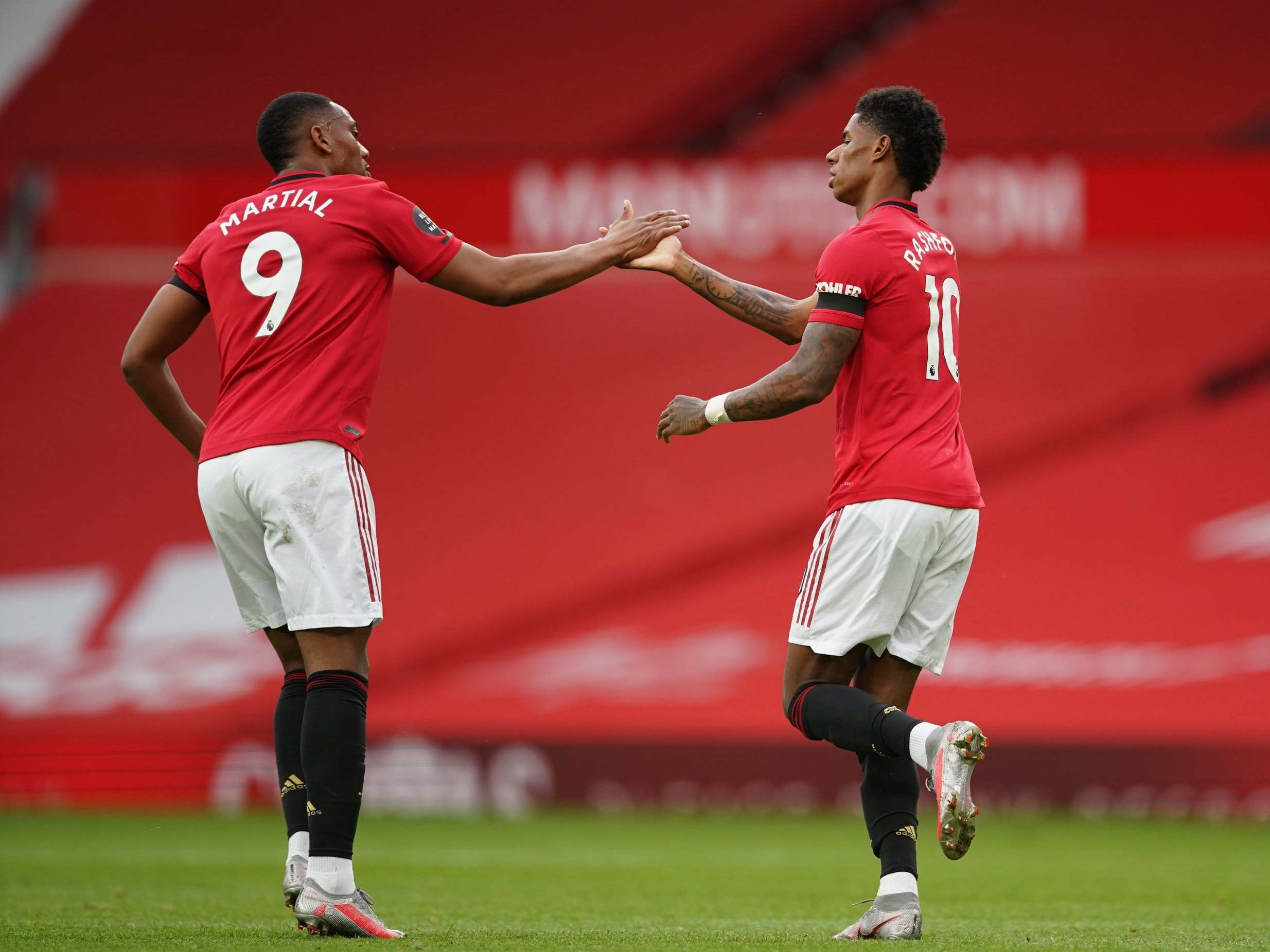 With destiny still in their hands, Manchester United are hoping to take another crown from Crystal Palace and bounce back tomorrow night.

Ole Gunnar Solskjær remained positive following Michael Obafemi’s 96th-minute equaliser on Monday and will next be facing off against a manager 25 years his senior, Roy Hodgson.

Coming to the capital for the first of two huge games in four days, London is calling.

After starting the restart with a win and clean sheet, few could predict Palace would lose their following five without scoring a goal.

Six points from the relegation scrap, Hodgson’s men are currently the worst of the rest looking for their first-ever league double over the Red Devils.

The former England and Liverpool boss firstly oversaw a fantastic finish in 11th after taking over from Frank De Boer in September 2017, before following it up with a 12th place finish last term.

However, the 72-year-old’s reign at Selhurst Park could be coming to an end, despite another solid season, as supporters feel the lower mid-table apathy.

Under Hodgson, the Eagles have always been well organised and structured, often sacrificing possession for defensive security, shown by just 32 goals conceded before the restart – although have shipped 13 since.

On the veteran boss, 47-year-old Solskjær said: “I do admire him a lot. Two things – you must be good at what you’re doing and like [it]. Roy has shown us all the young brigade what it takes to be at the top, he’s been in Norway, Finland, Denmark, Inter, Liverpool.”

Hodgson’s star man and someone who Solskjær took on loan to Cardiff City during his ill-fated spell in 2014, Wilfried Zaha has struggled to live up to expectations in the last two years.

His demands of wanting to play Champions League football often saw him linked with a move away from South London in times gone by. That idea rarely gets mentioned these days but reminded everyone of his quality with a stunning strike against Chelsea in their most recent tight home match.

The cowardly perpetrator was arrested by West Midlands Police, although it often goes unreported and is something BAME and other ethnic minority footballers sadly put up with every day.

Onto tomorrow, Palace will have a point to prove. Although not renowned for their pressing, Ayew has committed the second-most fouls in the division with 54, showing clearly how he harries and makes himself a nuisance to defences.

The Ghanian scored in the reverse fixture and is likely to be the central striker between wingers Andros Townsend and Ivory Coast international Zaha due to Christian Benteke seeing red late on at Villa Park.

Despite only missing 20 ‘big chances,’ the least in the Premier League this term, they’ve only created the least with 31, likely due to an industrious midfield made up of defensive-minded men most of the time.

Left-back Patrick van Aanholt netted the late winner at Old Trafford back in August, so former Eagle Aaron Wan-Bissaka and Mason Greenwood or Daniel James will have to watch out for the flying Dutchman.

Behind him, Spanish goalkeeper Vicente Guita has been imposing between the sticks and has helped his side only concede 45 goals so far – the best in the division’s bottom half.

“We’ve got another team of great quality coming to Selhurst. We are aware that a similar performance [2-3 vs Chelsea] will be required to get the result.” – Roy Hodgson

Next match: Wolverhampton Wanderers [A] 20/7

A game that showed some signs of fatigue and burnout, Solskjær’s side never took things by the scruff of the neck as Paul Pogba, who was at fault for the first goal, and Bruno Fernandes were both slightly off the pace.

Anthony Martial and Marcus Rashford huffed and puffed, and each made it 21 goals in all competitions this season for themselves, although both could have both been on 22 if they were more ruthless at either end of the pitch.

It’s now 18 outings unbeaten, the best run since Ferguson’s final title-winning term and the Red Devils have not lost at Selhurst Park in their last 11 visits, stretching back to 1991.

The fact remains if United can win their final three league games, they will finish inside the top four. Chelsea’s win last night means that, once again, Leicester City (who play at 18:00 tomorrow) and United to follow.

Shaw has started every game of the unbeaten run, and with his ankle only suffering a twist which has thankfully only swelled, he’s the more likely of the pair to be involved than the still-scarred Williams.

Both are doubts as Diogo Dalot or young Ethan Liard is expected to deputise if neither make it, along with ‘one or two’ other changes to freshen things up. Nemanja Matić could be one of those with Fred and Scott McTominay chomping at the bit for a spot in the starting XI.

Sunday’s FA Cup semi-final at Wembley against Chelsea is ‘irrelevant’ in terms of team selection according to Solskjær, but will surely come into his thinking during the 90 minutes.

Victor Lindelöf is the subject of our pre-game player focus, following his solid display against Southampton.

“Keep on doing what we’ve been doing, trust yourselves, you’re at a club where it always boils down to the last couple of weeks of the season, we’ve done fantastic since we restarted.” – Ole Gunnar Solskjær