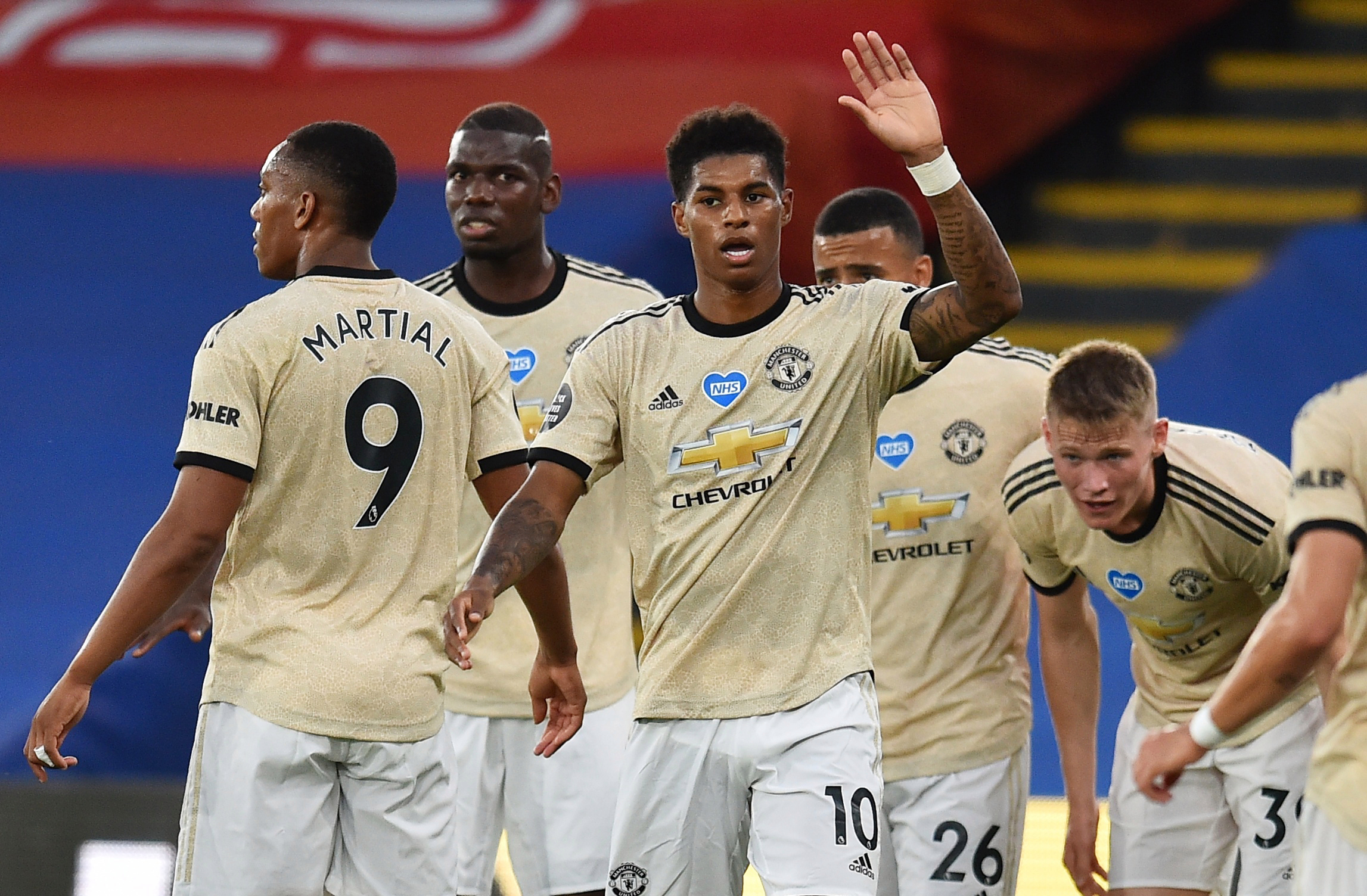 Manchester United got back to winning ways with a 2-0 win against Crystal Palace at Selhurst Park. Goals from Marcus Rashford and Anthony Martial were enough to see off a problematic Palace outfit who caused problems for United throughout.

The first half was a largely dull affair with both sides failing to find any sort of rhythm in a 45 minute period of few clear cut chances. The hosts’ best chance of the half actually came in the very first minute for ex-United winger, Wilfried Zaha. The Ivory Coast international used his quick feet to get on the inside of Aaron Wan-Bissaka on the left hand side before unleashing a fierce effort that was tipped wide by David de Gea.

The Reds looked lethargic for 45 minutes with Scott Mctominay in particular failing to get the ball moving forward quickly, making United’s attacks slow and predictable as a result. Fernandes and Pogba struggled to get on the ball and other than a scuffed shot from Greenwood after half an hour, the front three weren’t really in the game.

Then, as soon as the fourth official signalled four extra minutes, the game suddenly burst into life as if the electronic board had reminded everyone what was at stake. Firstly, Zaha had a good shout for a penalty – getting Lindelöf in a tangle and forcing the Swede to make a clumsy looking challenge just inside the 18 yard box.

The referee waved play on, VAR stood by their man, and a minute or so later United had taken the lead. Fernandes played a lovely one two with Martial on the edge of the area before feeding the ball into Rashford whose wonderful switch of feet took the two palace centre backs and goalkeeper out of the game, leaving United’s number 10 with the simple task of placing the ball into the far corner.

The stoppage time bonanza wasn’t over there, however. Palace were awarded a free kick on the edge of the box which was right in Luka Milivojević’s territory. The Serbian’s effort looked destined for the top right hand corner, however fortunately for United, de Gea managed to get across to claw the ball away, topping off the Spaniard’s best half of football since the restart.

The Reds reverted back to their sluggish ways after the restart and the Eagles had the ball in the back of the net on the 55th minute. Jordan Ayew slid in at the back post to meet Zaha’s cross-come-shot to give palace what would have been a deserved equaliser. However, VAR came to United’s rescue as the infamous offside lines revealed that Ayew’s toenail may have just been offside.

The disallowed goal was a bit of a wake up call for United and Rashford should have doubled his and his side’s tally after an hour but saw his tame left footed effort saved by Guaita. Ole Gunnar Solskjaer brought on Matic too to try and prevent any further close shaves.

United certainly became more solid after the introduction of Matic and they found the all important second goal in the 78th minute. Fernandes, who had rattled the post minutes earlier, played a wonderful ball through the legs of Milivojević into the feet of Rashford whose sublime first time ball found Martial perfectly who slotted the ball past Guaita with ease. Another fantastic move rounded off by the clinical Martial. Unfortunately, in the build up to the goal, Patrick van Aanholt suffered a serious looking injury and we wish him a speedy recovery.

United could have had added a third as the game drew to a close but they also could have conceded as David de Gea thwarted Zaha for the second time, this time with his feet. Ole Gunnar Solskjaer’s attention will now turn to Chelsea in the FA Cup semi-final on Sunday where he will be looking to mastermind a fourth victory in 12 months over Frank Lampard and his young Chelsea team.