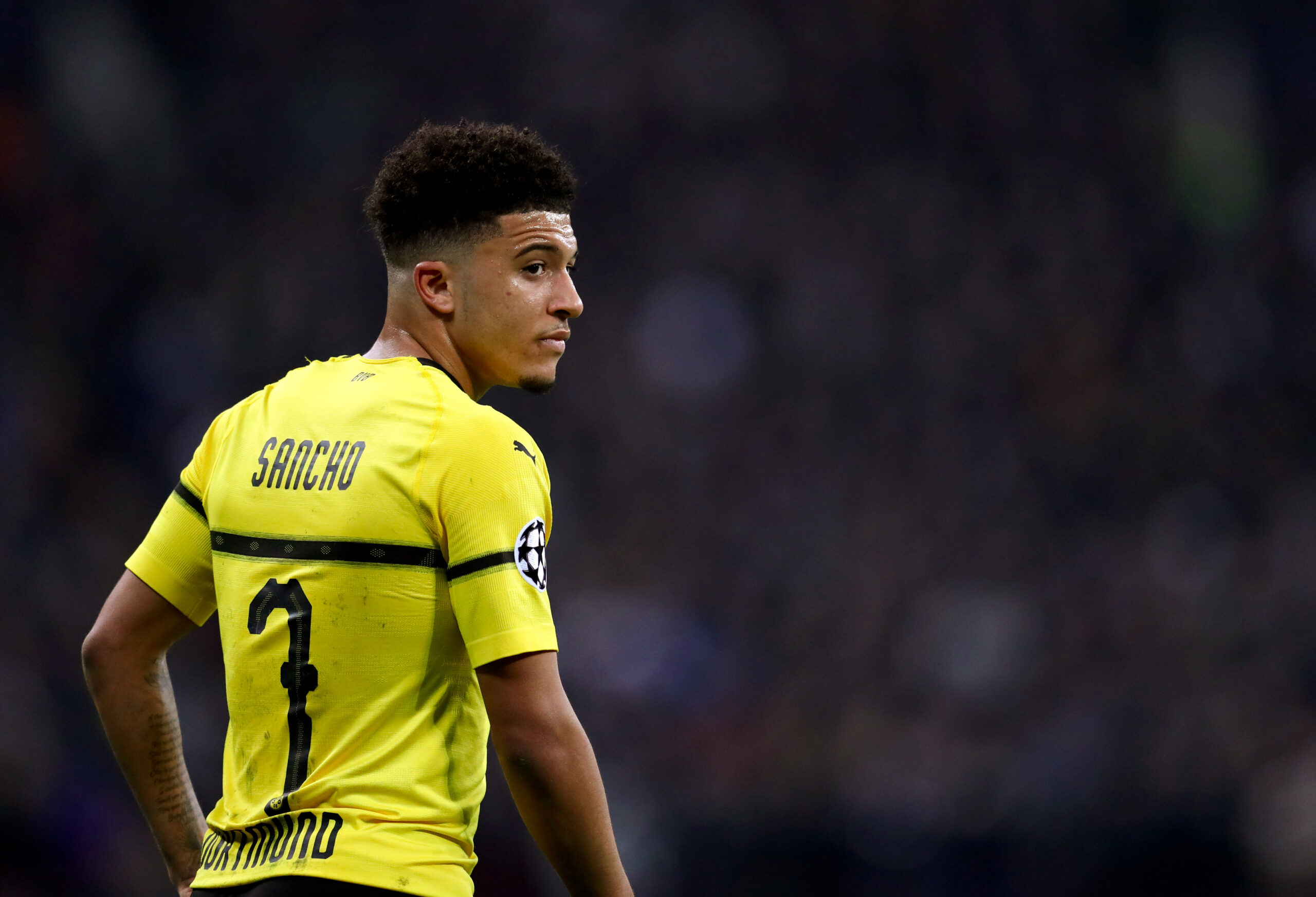 Ole Gunnar Solskjaer’s first season at Manchester United was always going to centre around progressive steps being made both on and off the pitch, as the club entered its rebuilding phase under the “Baby-faced Assassin”. The Norwegian has been tasked with restoring the Red Devils back amongst the title challengers; a job that neither Louis van Gaal and Jose Mourinho were capable of carrying out.

Such a gargantuan challenge has been met by a pragmatic approach from Solskjaer, who has utilised his first 12 months as the permanent manager to implement the beginning steps of a long-term philosophy at the club, built on youth, and United-esque speed and ruthlessness.

Transfer recruitment has been an integral factor behind doing exactly that, and his five permanent signings have all been a hit in their own regard. Aaron Wan-Bissaka is United’s first significant signing at right-back, post Gary Neville. Bruno Fernandes has transformed the entire team. Daniel James isn’t the worst for £15m. Harry Maguire is already showcasing his worth as captain at the back. And Odion Ighalo is proving a worthwhile addition.

To get back up there, however, it seems as if United are still missing something. Here, we’ve identified three players based on the Odds at Oddschanger that could help mount a title charge come next season, as the transfer window officially opens on July 27.

When discussing United transfer rumours in the summer of 2020, there’s nowhere else to start other than Jadon Sancho.

The club’s admiration of the 20-year-old is certainly well documented, and the feelings appear to be mutual from the player’s point of view. As per the transfer guru, Fabrizio Romano, Sancho would like to join Old Trafford, and the only real stumbling block lies with finding an agreement with Borussia Dortmund – something that famously fell through last summer.

United’s interest in a direct right-winger is certainly justified, as this is a position that the squad has been lacking in quality since the days of Luis Nani. Although 18-year-old Mason Greenwood has recently emerged an exciting option down that channel, Solskjaer needs depth to work with if the club are to challenge across the board and allow Greenwood to play in his favoured position down the middle.

With 20 goals and 20 assists to his name for Dortmund this season, just 12 months after he registered 13 goals and 19 assists the previous campaign, it doesn’t seem there is a better option. Plus, at just 20 years old, the Englishman has mastered the art of attacking that final space in between the full-back and centre-half, working his magic inside the final third.

The added bonus with this potential signing also lies with the actual profile of the player himself – his British heritage and young age are the two most valuable factors of Solskjaer’s recruitment policy. Sancho ticks all the boxes and United will no doubt be prioritising his name this summer ahead of everybody else.

The newly established midfield partnership between Bruno Fernandes and Paul Pogba has been grabbing all the headlines recently, but when you look beyond the pair, there is a real lack of creativity in the middle of the park.

This was best epitomised in the FA Cup tie against Norwich City, when United utilised Scott McTominay and Fred in a double pivot. Neither player completed a dribble on that day, and both looked content to sit deep and dictate from the back and United had to settle for brining on Pogba for the two halves in extra time. Other wide players like Juan Mata and Jesse Lingard, held more creative responsibility, but neither had a significant impact on the game and, in truth, their days seem numbered as Pogba and Fernandes continue to grow together.

Bruno did feature, but he was understandably jagged given the amount of playing time that he has encountered since the restart. To help bolster out their options and inject some extra attacking output from the midfield, United need not look further than Jack Grealish.

The Aston Villa skipper’s numbers in the middle have been impressive this season, particularly when we acknowledge the context of him operating in side that has battled relegation all year long. Operating in a midfield three, Grealish enjoys carrying the ball down that left channel and Chelsea man Matteo Kovacic is the only central midfielder to have averaged more dribbles per game than the Englishman this season.

The 24-year-old’s tally of seven goals and six assists highlight his effectiveness inside the final third, and such traits would be useful for United, who need rotation over the course of a season. Similar to the Greenwood-Sancho debate, whilst United do not need Grealish, depth and rotation is crucially important to battle on all four fronts.

As per Sky Sports, the Grealish deal is one that could be done “pretty easily”. No club’s finances have been immune to the effects of the recent three-month break, but United are better equipped than most to invest again this summer. Should Villa go down, they will need to recuperate some cash funds, particularly when we consider their net spend of £139m last summer.

United saw the benefits of investing in a top-class centre-half last summer in the shape of Harry Maguire. Rival fans still try to poke fun at the £80m price tag, but the Red Devils can simply reply with the stats and how the United captain ahs picked up the armband without pressure and instantly reinvigorated the club’s backline.

Only two clubs have conceded less goals in the league this season, with Maguire not missing a minute of the action. Having a consistent, reliable figure at the back has been integral in solidifying a new defensive foundation at Old Trafford this season and the club now boast the second-most clean sheets in Europe, across all competitions in 2020/21.

Victor Lindelof has been reliable and no doubt the Swede has improved with the help of Maguire. However, his starting position in the team transpired through an injury crisis and doubts still linger on if Axel Tuanzebe and Eric Bailly can do a better job, if they remain injury-free.

Such speculation quickly escalated after the game against Bournemouth too, when Solskjaer was captured saying to Nathan Ake: “We could do with a left-footed centre back”.

Although the manager has recently dismissed these comments, it would be naive to overlook the significant of such words and considering Bournemouth also face the drop, snatching him away won’t be such a tough task.

A natural left-footer would restore some balance to the backline, as it would allow Maguire to shift over to the right alongside Aaron Wan-Bissaka. Given the manager’s preference to start attacks from deep, two ball playing defenders would improve the speed of distribution from the defence, whilst allowing the full-backs to maintain a more offensive, higher positioning pass the half-way line.

As opposed to Ake, though, we’ve highlighted Bayern Munich’s Lucas Hernandez as a potential option. The Frenchman is versatile as either a LB or CB, and his pace would compliment Maguire, who operates as more of an aggressive presser.

Hernandez’s encouraging league form was halted by a ligament injury last October, but he has been integrated back into the first-team picture this year. Left-footed centre backs are quite a rarity in the transfer window, and it would cost quite a significant fee to lure the 24-year-old to Old Trafford, after just one season in Germany, especially as he is the most expensive incoming signing in German football history.

As a product of the ever resilient Diego Simeone set-up in Madri, however, he is a defensive figure that would justify such expensive investment.

Adding such quality is the next step

Necessary actions have been implanted by United this season to help formulate a plan back to the top.

The restoration of a distinct philosophy at the club was the beginning step, with the commitment to a cause helping lay out a blueprint for the team to build on.

A dedicated system has been worked on by Solskjaer, which has created a much more settled, but also focused environment around the AON training complex. The success of Fernandes highlights this progression, as whilst he is a world-class talent in his own regard, a large part of his form can be credited to Solskjaer’s managerial methods.

Bruno entered a starting XI surrounded by players that have been moulded into a specific role, understanding their duties on the field. No other manager has achieved such stability in the post-Sir Alex Ferguson era and it’s not the most outrageous belief to think United are just a few signings away from a tru title challenge.

By targeting the above areas with such signings, there will suddenly become a very small number of ‘holes’ that need to be addressed in Solskjaer’s squad.

The bookmakers may still be offering lucrative odds on Manchester United winning the 20/21 Premier League title, but there is certainly enough evidence to suggest that the gap at the top will begin to close, if United get it right when the window opens on July 27.