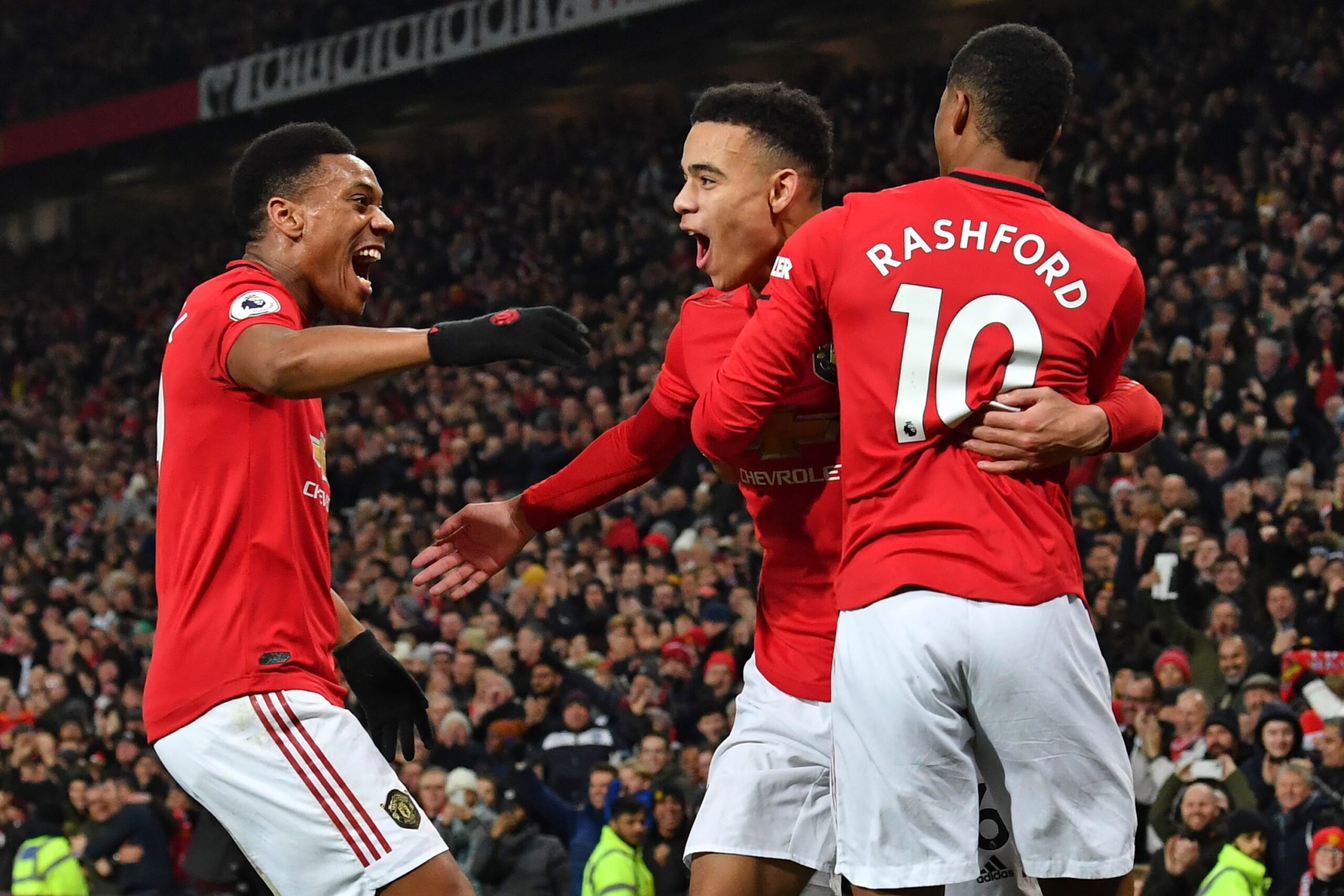 Manchester United have the best front three in the Premier League according to Phil Neville.

Ole Gunnar Solskjaer’s frontline have been in devastating form since Project Restart, playing a key role in helping the Red Devils register the most points in the division, since football resumed.

The attacking set-up has predominantly been compromised of the trio of Marcus Rashford, Anthony Martial and Mason Greenwood. Between just the three forwards, thirteen goals have been scored. It’s not just been their numbers that have been impressive either, but their ability to transition inside the final third.

Each player has helped form a distinct attacking identity at Old Trafford, with their fluid movement establishing an exciting offensive blueprint.

Speaking on Match of the Day, Neville has paid the highest of praise to the front three, labelling them the best in the Premier League: “They’re the best three, with Greenwood, in the league, up there with the Liverpool front three and the City front three. I think they have the ability to interchange positions and link with each other. I don’t see any better.”

The Englishman isn’t the only figure in the game to lump praise on United’s frontline recently, with plenty of pundits dishing out just compliments to their play. Such praise has been stemming from their performances, but also their young ages too.

It’s easy to forgot that none of the aforementioned names have even hit 25 yet, as their displays on the field are that of top class, composed forwards. They are certainly one of the most exciting attacking trios Old Trafford has seen grace their turf and given the history of the club, that’s another compliment that we can direct their way.

Neville’s comments will likely spark debates online, but there can be no denying that United’s front three deserve to be in the conversation. Each player has been hitting new heights this season, and long may it continue.