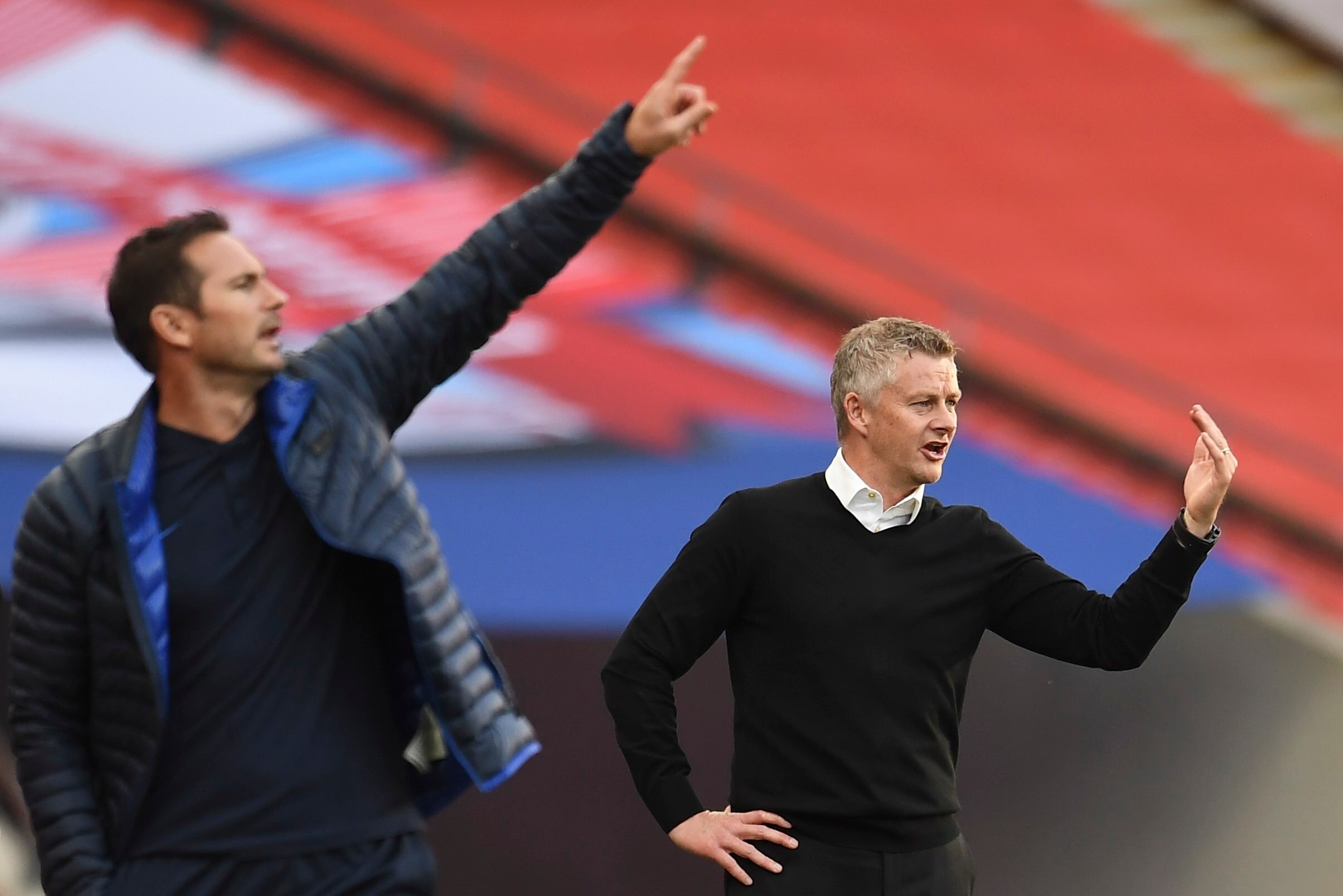 Manchester United’s impressive FA Cup run this season came to an end as Chelsea comfortably overcame a bleak United side.

A host of errors proved to be United’s downfall at Wembley – Solskjær’s chase for his first trophy as United manager continues.

Manchester United were outworked on the day by a tireless Chelsea side who thoroughly deserved their place in the FA Cup Final in two weeks and real questions will be asked of United’s character.

For the third game in a row, United looked like a side out of steam and Chelsea’s extra 48 hours to rest played right into their hands.

“I can’t speak about David (De Gea)’s confidence, he is mentally strong,” Solskjær commented after two blunders from United’s number one. “But he knows he should save that 100 times out of a 100.”

“Obviously everyone has to perform. Everyone has a chance to stake a place in team. David knows he should have saved second goal. But that’s done now. It’s hard for a keeper to make amends.”

Solskjær reverted back to the 3-5-2 formation which won at Stamford Bridge in February but his risky decision badly backfired at Wembley.

“We picked a team today to give us the best possible opportunity to go through in the cup and be ready for Wednesday. It didn’t work today,” the manager said on the tactical switch-up.

“Of course coming in at half time with the goal after that long lay off was a big blow for us. We lost concentration and that was disappointing.”

“You know Olivier Giroud’s movement you know he goes to the near post and we should defend that better. We are a little too late in those situations and the second goal was very avoidable.”

“There is no time to feel sorry for ourselves, we have two games this week and then the Europa League. We will get our heads ready and our legs ready and go again.”

Eric Bailly was stretchered off late in the first half after a clashing of heads and Solskjær confirmed that the Ivorian went to hospital but remained hopeful that the defender will recover.

“Eric Bailly is hopefully fine, he had a cut on his head but hopefully he will be fine.”