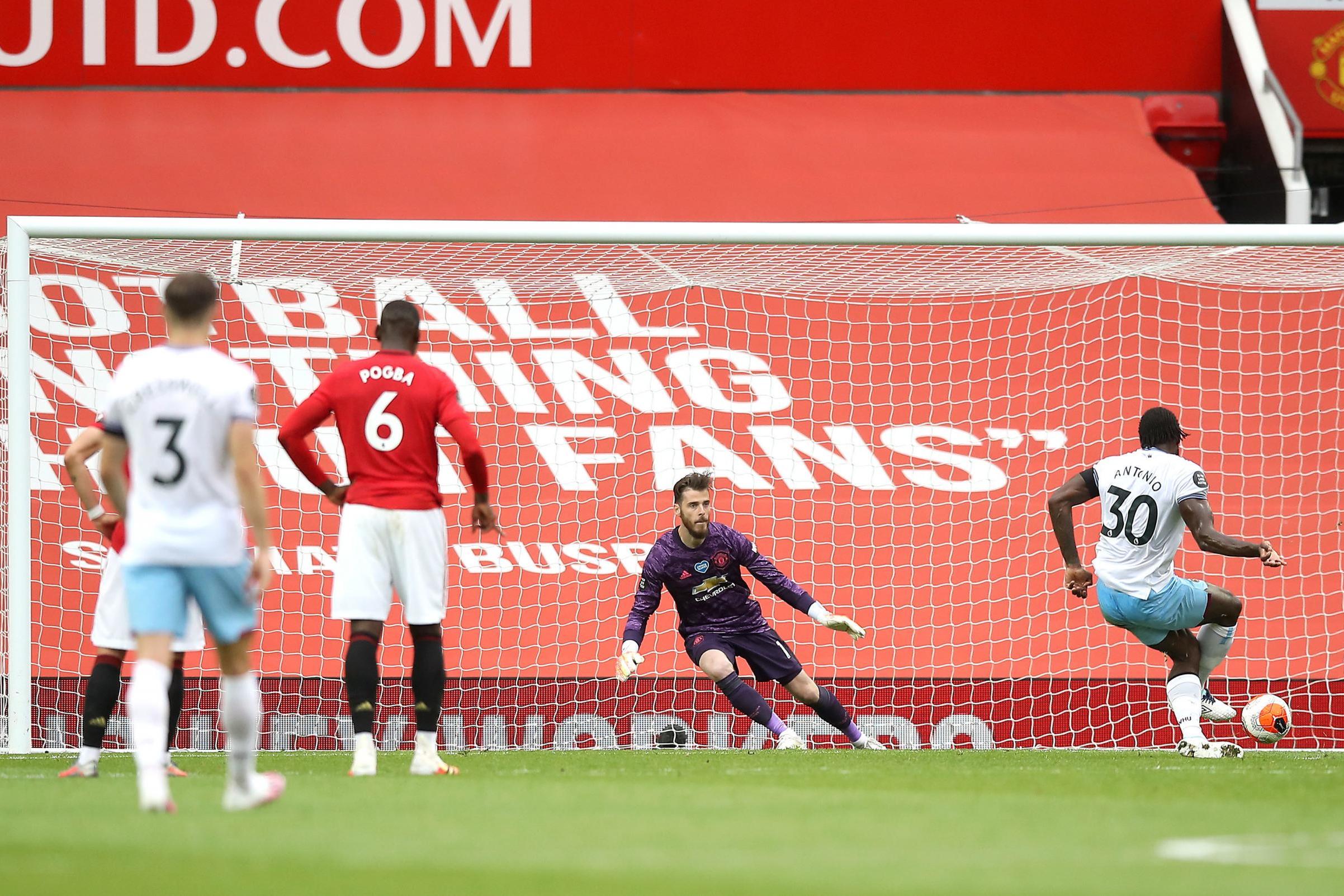 Manchester United and West Ham United shared the points on a night where Ole Gunnar Solskjaer must be wondering what’s happened to his side in recent weeks. Mason Greenwood’s equaliser just after half time cancelled out Michail Antonio’s first half penalty in a game that United never looked like winning.

The Reds actually started brightly, with Anthony Martial and Mason Greenwood both having half chances saved by Lukas Fabianski in the opening five minutes. It seemed like United had re-found their mojo and that an easy night’s work was ahead.

However, that was about as good as it got for United in an opening 45 minutes that can only be described as passive. Too many touches on the ball, too many safe passes, and nowhere enough penetration.

The away side, on the other hand, got better as the half progressed and deservedly took the lead on the stroke half time thanks to the hands of Paul Pogba. A rocket from Declan Rice’s right boot looked destined for the Frenchman’s head until he inexplicably decided to parry the ball up in the air inside his own box.

The Frenchman won’t want to see the incident again, but it was a stone wall penalty that Michail Antonio finished off nicely to send the Hammers in at half time with the lead.

Some wondered whether Pogba would be hooked at half time, but it was actually Timothy Fosu-Mensah who came off for Aaron Wan-Bissaka, and the former palace man started the second half brightly. And it wasn’t just him, with United’s forwards also looking much sharper than they had in the opening 45 minutes.

It didn’t take long for the equaliser to arrive, with Mason Greenwood firing home in the 50th minute after a lovely bit of intricate football on the edge of the box between the Englishman and Anthony Martial. In a tight and crowded space, the pair of them managed to exchange four quick passes to open up the space for the teenager to rifle home.

However, perhaps unsurprisingly given the nature of this United team, the Reds failed to kick on and find the winner. You’d like to think that a top team would have gone for the jugular and added goals two, three and four quickly but not United, they went back to their passive, sluggish ways and allowed West Ham to regain control of the game.

Jarrad Bowen was bright all night and ran Brandon Williams, arguably United’s worst performer on the night, ragged from minute one and nearly gave West Ham their second of the game on the hour mark. A decent save from David de Gea denied him but it failed to kickstart any sort of reaction from the Reds.

Rashford was hooked late on, and deservedly so – United’s number 10 had one of his worst games in a United shirt. His replacement, Odion Ighalo, had United’s best opportunity to snatch all three points but failed to properly wrap his foot around the ball from a Mason Greenwood cut back with five minutes to play.

United’s final opportunity to create something came in the 95th minute but Fernandes’ free kick was tired looking, not particularly surprising giving the volume of football the Portuguese magician has played since the restart. Perhaps tonight would have been the perfect time to give him a rest ahead of Sunday’s showdown with Leicester City.

In the end, the Reds had to settle for a point but there can be no complaints. The trip to Leicester on Sunday now presents one final opportunity to secure champions league football, however if Solskjaer’s men play anything like they did tonight then another year in European football’s second tier awaits.