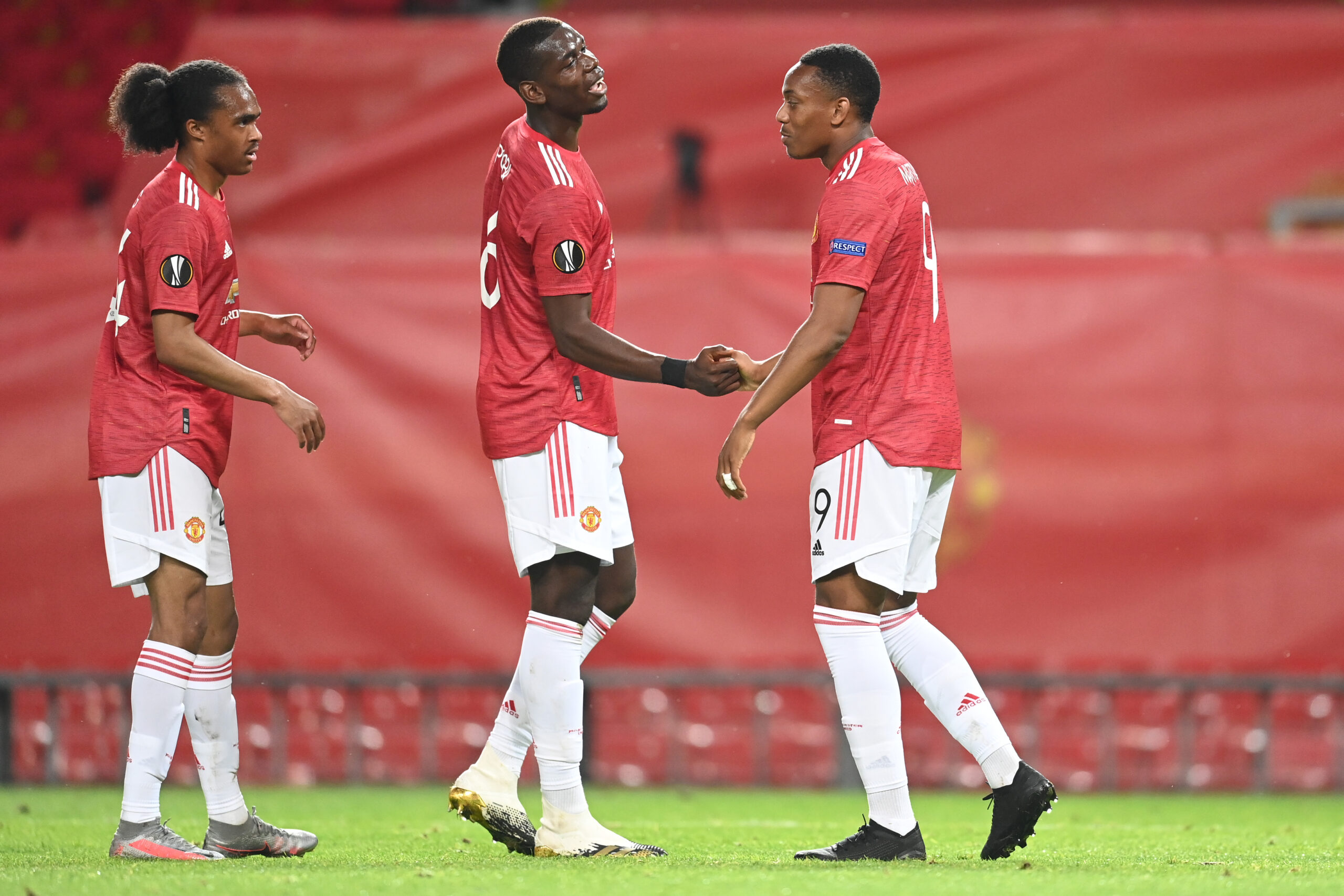 Ole Gunnar Solskjær won’t have been given many selection problems from a dismal round of 16 second leg last week, while fellow Norwegian Ståle Solbakken has taken his side to uncharted territory.

Three games away from a trophy, Köln welcomes two footballing giants of their nations in this quarter-final.

Road to the quarter-final

After losing the first leg 1-0 in Turkey five months ago, Copenhagen smashed the newly-crowned Turkish champions 3-0 to cruise through the tie.

That victory confirmed their first-ever place in a quarter-final of any European competition after they’d already equalled their best finish by beating Celtic 1-3 at in Glasgow following a 1-1 draw in Denmark.

Against Başakşehir, 21-year-old attacking midfielder Wind scored the first two, before star left-winger Rasmus Falk, who set one up, finished the job off.

Wind started the season with five goals in five games before he required knee surgery but the prolonged campaign meant he could return.

Unfortunately from his side, it came once they’d already lost out on league glory to Midtjylland – a past foe of the Red Devils in the Europa League.

Post-match, manager Solbakken was caught on camera in the dressing room joking with his players about what’ll happen to him if they caused a shock and made it to the semis.

Former Brentford centre-back Andreas Bjelland plays at the heart of defence and Viktor Fischer, once of Middlesbrough, is finally finding his feet after failing to reach his potential after leaving Ajax for the North East in 2016.

Someone else who featured in that part of England is left-back Bryan Oviedo. The Costa Rican has played 22 times in his first season at the Parken Stadium but is not a current starter.

Boss Solbakken, who is level with legend William Kvist, for titles won with the club as player and manager (8) called N’Doye ‘the best striker in the history of the club.’

The 35-year-old bagged 118 goals in 218 games and the task of filling his boots up front on Wednesday was handed to 19-year-old Mikkel Kaufmann but he came off after 54 minutes.

N’Doye been the only player that the Lions have lost recently, as in February, striker Pieros Sotiriou left for Astana following his 13 goals and is still their top overall scorer.

Guillermo Varela, David Moyes’ first signing, had a chance at a United under Loius van Gaal before he fell out of favour once he went on an ill-fated loan to Frankfurt in 2017 while José Mourinho had the reigns.

Varela, now 27, went back to Uruguay to rebuild his career and moved back to Europe in January 2019, becoming Copenhagen’s first-choice right-back since.

Ahead of him down the right flank is 18-year-old Danish wonderkid Mohammed Daramy, who has 11 goal involvements in 40 games this season.

He’s part of a forward line with plenty of pace and flair but the Lions’ defence, which conceded 42 goals in their domestic term, will have to pass a tough test if they want to reach the semi-final.

These clubs when only ever met competitively twice, in the 2006-07 group stage.

The Red Devils ran out 3-0 winners at Old Trafford – thanks to goals from John O’Shea, Kieran Richardson and Paul Scholes – before Copenhagen shocked United on a chilly November night, winning 1-0.

A certain striker, famous for his European exploits, played in red that night and will be hoping for revenge against his friend tomorrow.

Solbakken was in charge that famous night during his first spell of the Lions, surely giving him confidence ahead of this current clash.

Finally, the nineties and noughties Scandinavian playmaker formerly managed Wolverhampton Wanderers – among his 18-year managerial career, despite only being 52.

Wolves are who the winner of this one-off game will face next Sunday in the same stadium as tomorrow if they beat Sevilla on Tuesday in Duisburg.

“They also do very quick combinations around the box. It’s a lot of things to be scared about, but we just have to make sure that we follow the plan and see how far that brings us.” – Ståle Solbakken [via UEFA]

Despite a none event first half and a sluggish start to the second, United overcame LASK – who took the lead through a wonder goal – 2-1 at an empty Old Trafford thanks to goals from Jesse Lingard and substitute Anthony Martial.

Lingard seemed disgruntled to be substituted off shortly after his goal but it could be a sign that he’ll be involved in the latter stages and was only hooked to ensure he remains fit.

His replacement, Martial, scored his 23rd goal of the season, as many as his previous two terms combined and showed the gulf in quality between the Red Devils’ starters and squad players.

Solskjær was given no fresh selection issues after fringe players failed to make their mark, so with silverware up for grabs, a strong team is expected.

Martial, Paul Pogba, Marcus Rashford, and Sergio Romero all won the Europa League in 2017, and are all expected to be involved.

This morning, the club confirmed that Phil Jones – another member of that winning squad three years ago – has withdrawn from the travelling squad due to his injury.

Brandon Williams joined his boss today for the pre-match conference in Cologne after landing in Germany and told reporters: “It’s a one off game, we need to win.”

He continued on his positionally versatility, saying: “Wherever the manager wants me to play, I’ll put a shift in. It doesn’t matter where I play.”

Solskjær himself commented on his goalkeeper conundrum ahead of the increasingly-important choices between the sticks, beaming: “I think I must be the most privileged manager in the world with the goalkeeping department.

“I used to play with Ståle Solbakken, he’s a good friend of mine – we’ve been in touch. We wished each other good luck [before the last matches] and said hope to see you in Germany. They did their job, we did our job, so on to the next one. Ståle’s teams are always well organised and difficult to play against. Very talented young players with experience. It’s going to be a difficult one.” – Ole Gunnar Solskjær [via UEFA]