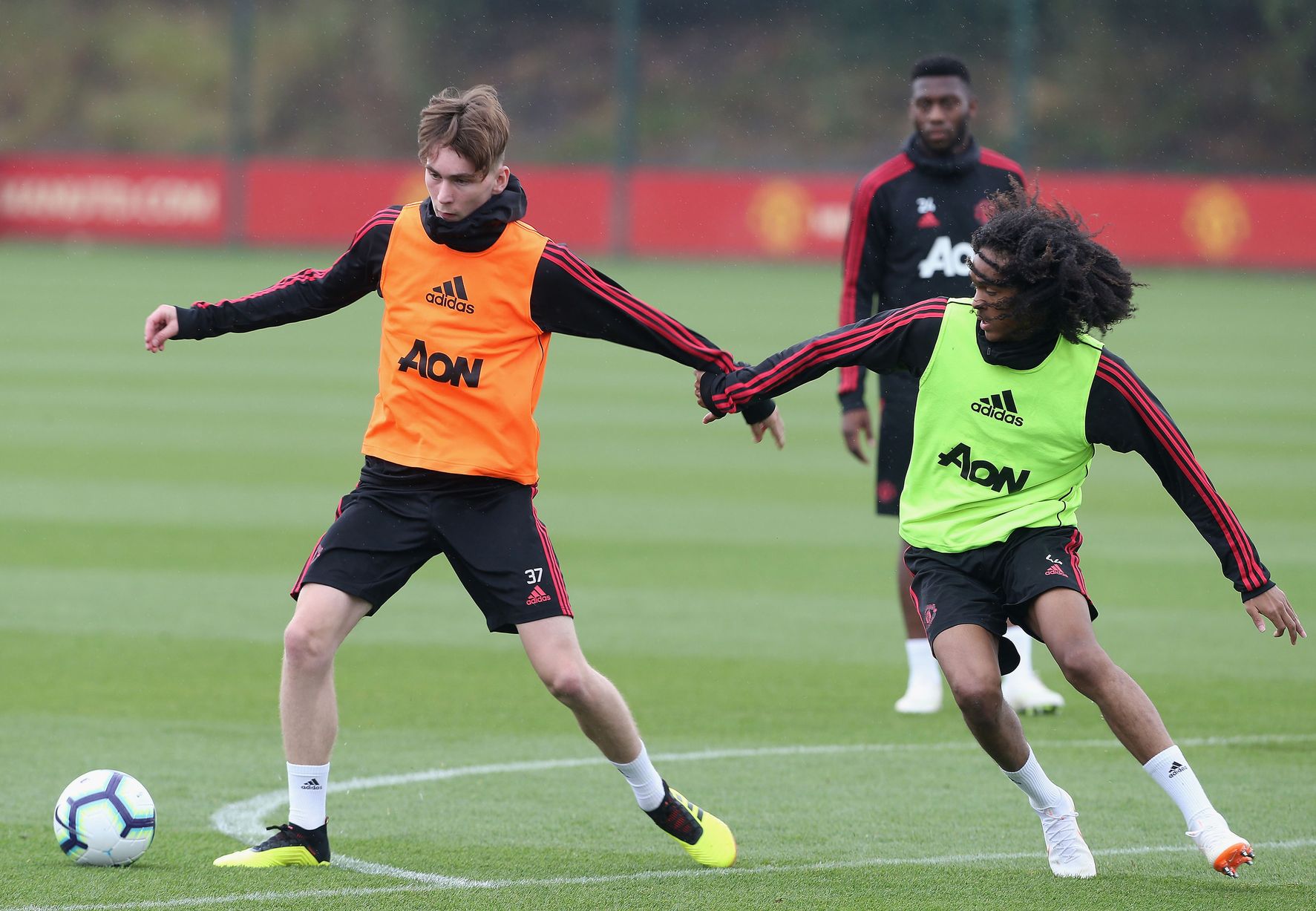 “If they’re good enough, they’re old enough” were the famous lines used by the great Sir Matt Busby. These words have been echoed throughout Manchester United Football Club since they were spoken of. In the weird climate that everyone has adapted to in recent times, this quote is still relevant, bannered across the Stretford End for everyone to see. Ole Gunnar Solskjaer has repeatedly emphasised the narrative of The Red Devils being culturally influenced by the youth, highlighted by adopting the youngest squad in The Premier League.

With an age average of just 25.8, critics of United would’ve jumped at the opportunity to raise awareness of the side potentially lacking experience, knowledge and an understanding of the intensity publicised throughout The Premier League. However, Solskjaer stuck to his guns, permitting these young characters to go out on the pitch to express themselves. To have a manager that trusts in you is essential for the development of bright and hungry talent. With Solskjaer at the helm, United’s adolescents can believe their opportunity will be around the corner, regarding a call-up to the first team.

Mason Greenwood and Brandon Williams were the fortunate individuals to benefit from Solskjaer’s qualities. Both have excelled in their development and will prove to be important players for the upcoming 2020/21 season. Yet, whilst these were the lucky two, there remains an array of talent sitting alongside Neil Wood and his under-23 squad. These talents are waiting in the wings, itching at the chance to showcase their flair, tricks or 30-yard free kicks.

With a total of 11 Academy graduates getting minutes on the pitch this season, it is of no surprise as to why some youngsters can anticipate a call up. However, we mustn’t forget that United’s first team squad boasts qualities of hunger, desire and offensive ability. To make a breakthrough, you need to require something that is ‘out of the box’. This is why many may choose the route of moving to another club on loan, in the hope of developing experience and fast-tracking their route towards the first team. With a new season in sight, you can expect some of United’s Academy to develop their qualities as footballer’s, both physically and mentally. These talents which we shall be discussing are certainly worth keeping an eye on, should they decide to gain experience at different football clubs.

Branded as “the next Michael Carrick” by Ole Gunnar Solskjaer, it’s unsurprising that James Garner has been attracting potential suitors for his characteristics. Regarded as one of the gems of the Academy, the 19-year-old has received rumoured interest Sheffield Wednesday, Cardiff City, Swansea City and Doncaster Rovers, who have notably realised his outstanding qualities.

His preferred choice of club remains unknown, but he will undoubtedly be contemplating teams who have a greater chance in achieving promotion to The Premier League, raising his stock as a player. Furthermore, he will want to ensure he receives regular game time, being the purpose of his move away from the Academy.

Fans of Garner idolise his box to box qualities and some believe he could be United’s long-term successor to Nemanja Matic in defensive midfield. Along with displaying a defensive awareness, The Englishman has portrayed his makings of versatility by playing in various roles across the pitch. His tally of 8 goals in 10 games for the under-23’s demonstrates his outstanding potential.

Garner captained the England Under-17 side that reached the semi-finals of the 2018 U17 European Championships under Steve Cooper, illustrating his leadership abilities. While he made a breakthrough into Solskjaer’s team, notably in The Europa League, he would feel a move out on loan would be beneficiary to his progress. Wherever he goes, he is certainly one to keep an eye on.

Before the explosive Mason Greenwood burst onto the scene with his stupendous qualities as a player, Tahith Chong was the individual who was destined to achieve great accolades in his career. Yet, when given the opportunity to reveal his name to the world, he never ceased to take his chance. His next step in his career though, could make or break him as a world-beater.

Chong recently signed a new contract until 2022, exposing the club’s commitment to his growth. He’s featured in 15 first-team games over the last couple of seasons, but his opportunities have been restricted to rare appearances in the league, The Europa and early round of cup competitions. With heavy speculation linking the club to Borussia Dortmund sensation, Jadon Sancho, a case can be made for regular openings becoming further limited for The Dutch professional. Therefore, it would be wise for Chong to develop elsewhere.

Present conjectures have suggested that Chong is on course to gaining a move away to Werder Bremen. His agent, Erkan Alkan, has confirmed that they are in talks with the club for a potential loan move to The Bundesliga. This would be wise. Talents like Sancho, Erling Haaland and Jude Bellingham all chose The German competition to mature and improve the gifts they possess. In an area which has evidently proved to be less media-centric for young individuals, the pressure would be off Chong to perform under a less scrutinised spotlight. This move then, could bring out the player who previously won United’s Jimmy Murphy best Academy player award.

A player who has shown glimpses of exceptional quality, Laird was promoted to first-team training recently, having featured in 2 Europa League appearances earlier on in the campaign.

It must be noted that any decision sending Laird out on loan will be dependent on United’s summer transfer business. It has been reported in various outlets that Solskjaer is open to selling full back, Diogo Dalot, after falling out of favour with the first team. With Laird possessing the qualities to play on either the left or right, Solskjaer may find a way to promote him to his squad.

If this happens, Laird may be adopted as an option to being support for Aaron Wan-Bissaka on the right side of the defence. In the under-23’s, Laird found a close rapport with Brandon Williams and has previously stated that he “can hack this level of football”. With this confidence, he may find himself better to follow the footsteps of Williams and Greenwood. However, it is worth following his journey as he may find it better to develop his football elsewhere.

The Welshman is highly regarded in his nation and has received a call up to the senior international squad by Ryan Giggs. For United, he made a first team appearance in The Europa League against Astana and impressed spectators with his performance. Overall, he made 100 passes on the field – more than any other player.

Those who have seen him in close proximity have compared his midfield style with Paul Scholes. He’s been with the club since the age of eight and was shortlisted for the Jimmy Murphy best Academy player award, only to be beaten by Mason Greenwood.

After spending some time out on the sidelines due to injury, he has been tipped to make an impression wherever he goes out on loan. If he does, The Championship is his most likely destination. Whoever decides to go into this league, United fans will be sure to keep an eye out for their stars who choose to develop their skills here.

Another player to make his first-team debut against Astana, Bernard’s development isn’t far behind up and coming defender, Teden Mengi.

With United expected to sell one of their defenders in the market, an opportunity may arise for one of the young Academy products to step up and receive a chance. With Mengi the preferred choice, you would expect him to be promoted to Solskjaer’s side.

At the age of 19, Bernard has years ahead of him in his playing career. A move to the EFL would be a wise career option, maturing in his defensive approaches. We have recently seen players like Fikayo Tomori and Ben White develop their capacities as a footballer, meaning there is nothing to stop Bernard from following this career pathway.

Bernard plays as a centre-back and has caught the eye with the under-23’s. Scott McTominay recently named him in his top three best academy players. If he chooses to leave, it may prove to be a brilliant option.