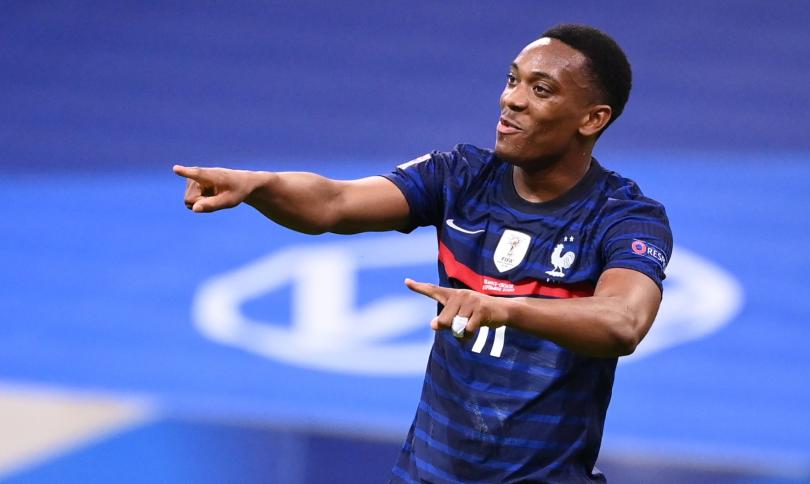 Although international football can often serve as drab watching for club fans, the recent fixtures have served as necessary preparations for the season ahead.

The ordinary scheduling of pre-season and the new campaign was scampered due to COVID-19, with many teams being lucky to have more than a two-week break this summer.

Manchester United’s 19/20 season, which was compromised of sixty-one games, ended on August 16. The players were granted a two-week break, but many had international duties to call to.

We’ve looked into those that have featured in the Nations League.

David de Gea is set to face some direct competition to his number one spot at Manchester United next season, meaning he will need to start the new campaign sharp.

For Spain, he has done exactly that. The keeper started both of his side’s fixtures, keeping a clean sheet in their latest 4-0 victory.

Against Germany, he received all the plaudits for his remarkable seven saves. De Gea’s positioning was on point and his reflexes frustrated the opposition, with the pick of the bunch coming via a long right-hand to deny Leroy Sane’s curling effort.

From Spain to Scotland now, and we come across big Scott McTominay.

The midfielder has somewhat been deprived of game-time for United in 2020, but for his national side, he’s one of the first-names on the team-sheet. You’re just never quite sure though, where his name will exactly be deployed.

For both of Scotland’s fixtures, McTominay was utilised on the right-side of a back three, sitting deep and clearing up the space down his channel.

A utility man by trade, the 23-year-old rarely disappoints, and he put in a solid shift for his national team, in a position he is far from familiar with.

Dylan Levitt has made more starts for the Welsh national side than he has done for United this calendar year.

Ryan Giggs is a big fan of the 19-year-old, and he was trusted in a double pivot against Finland away from home. He played the full 90-minutes and completed the most accurate passes in the Welsh midfield (46).

Known for his distribution, the teenager kept it simple and retained the ball well. Given his lack of experience at senior level, Levitt can look back on his international debut with pride.

Accompanying Levitt was Daniel James, a man who enjoyed one of the most productive international breaks out of the entire United squad.

He registered the crucial assist away to Finland, completing the most dribbles of any other player on the park. The Welshman’s energetic and direct style of play caused Leo Väisänen issues down the right channel, who ended the night on a yellow card.

Although not as effective in the final third against Bulgaria, the 22-year-old maintained the highest pass completion rate at 97%. James is one of Wales’ most valuable players, and he showcased this yet again over both games.

The attacking output of Bruno Fernandes is simply ridiculous. Whether he is deployed as the roaming playmaker or even sat deeper, the midfielder’s transitional play into the final third is a joy to watch.

Against Croatia, he simply ran the show. Fernandes registered the most key passes on the field, producing an assist in the process. He also completed 3 dribbles, as he continuously looked to break the lines and get his side further up the field.

With Cristiano Ronaldo back in the side to face Sweden, the 26-year-old was utilised a little deeper, to feed the front three into goalscoring positions. Fernandes’ excellent cross-field ball in the 72nd minute was picked by Joao Felix, who then fed in CR7 to score a screamer.

In 2020, both United and Portugal fans have been largely benefiting from the midfielder’s positive output on the field.

Only Harry Maguire featured in more minutes than Victor Lindelof for United last season, so many fans wouldn’t have minded seeing the latter sit out of Sweden’s fixture against Portugal.

The defender did play the full-ninety against France, keeping their attacking stars at bay for the majority of the game.

Although the game ended in defeat for the Swedes, Lindelof and co put in a solid display against the 2018 World Cup champions.

Back in the French side and back with an immediate impact.

Anthony Martial played the full-ninety minutes against Croatia, leading the line and registering an assist during France’s 4-2 win. The striker also momentarily found his name on the score-sheet, before it went down as an own-goal.

The 25-year-old’s reintroduction back into the XI was certainly justified, as he showcased his all-round link-up play and movement off the ball. Didier Deschamps will no doubt have this in mind, when it comes to their next fixtures, next month.

All eyes were inevitably on new-signing Donny van de Beek against Italy, but there isn’t too much action to analyse.

The midfielder is still getting back to full match-fitness after the Eredivise season was cut short back in April.

He was substituted in the 57th minute for Steven Bergwijin, with the Netherlands chasing the game.

Mason Greenwood’s debut experience with England was unfortunately overshadowed by actions off the field.

Both he and Manchester City’s Phil Foden were sent home for breaking quarantine rules.

The player has since apologised for his actions and due to their being no travel restrictions in Iceland, he will not need to quarantine upon his return to England.