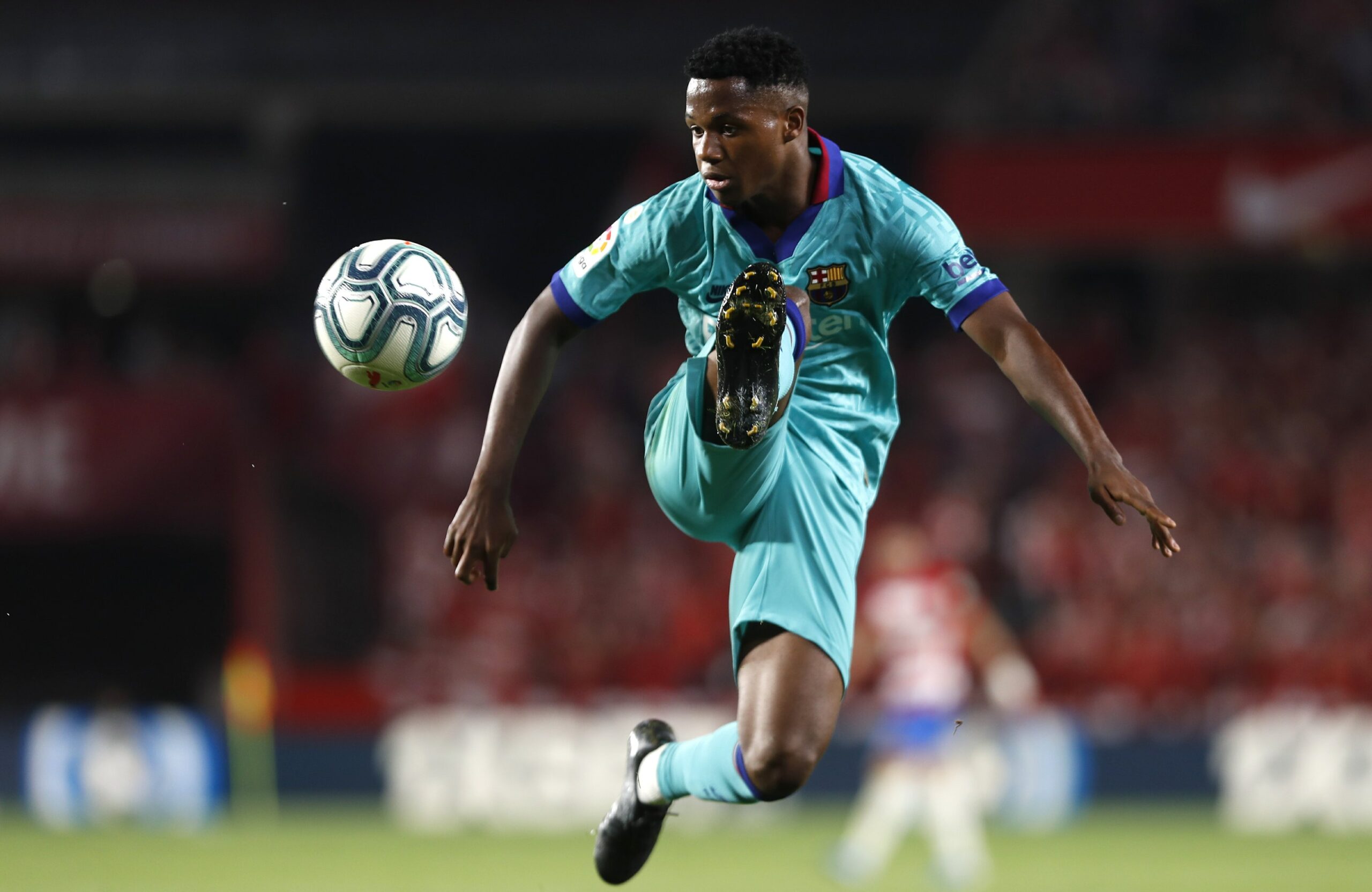 In one of the more stranger transfer rumours of this summer, Ansu Fati’s name continues to be linked with Manchester United.

Journalist Duncan Castles cited the club’s pursuit of the Barcelona forward back in June, claiming that there has been longstanding interest in the player since 2019, and that they will try their luck again this year.

According to Fati’s agent, Jorge Mendes (h/t Veronica Brunati), United have made an offer of up to €150m for the forward. Whilst such a fee sounds rather ludicrous, the 17-year-old appears destined for greatness.

The Spaniard already has 9 senior goals to his name, recently getting on the score-sheet for his national team too, making him the youngest player to ever do so.

However, with Ed Woodward continuously reiterating that this summer will not be ‘business as usual’, such a lucrative offer sounds unrealistic. The same report from above states that the player’s father is trying to improve Fati’s deal with Barcelona, and to also raise his release clause to €400m.

United’s name is continuously utilised by outlets and agents to barter for a better deal for players, and it seems like the case again here. Jadon Sancho remains the top priority for the Red Devils in the forward department, with the only stumbling block lying with the agreement of a transfer fee.

From this perspective, it seems fart-fetched that the club would be publicly willing to splash out nine-figures on a Barca teenager, regardless of how talented he may be.