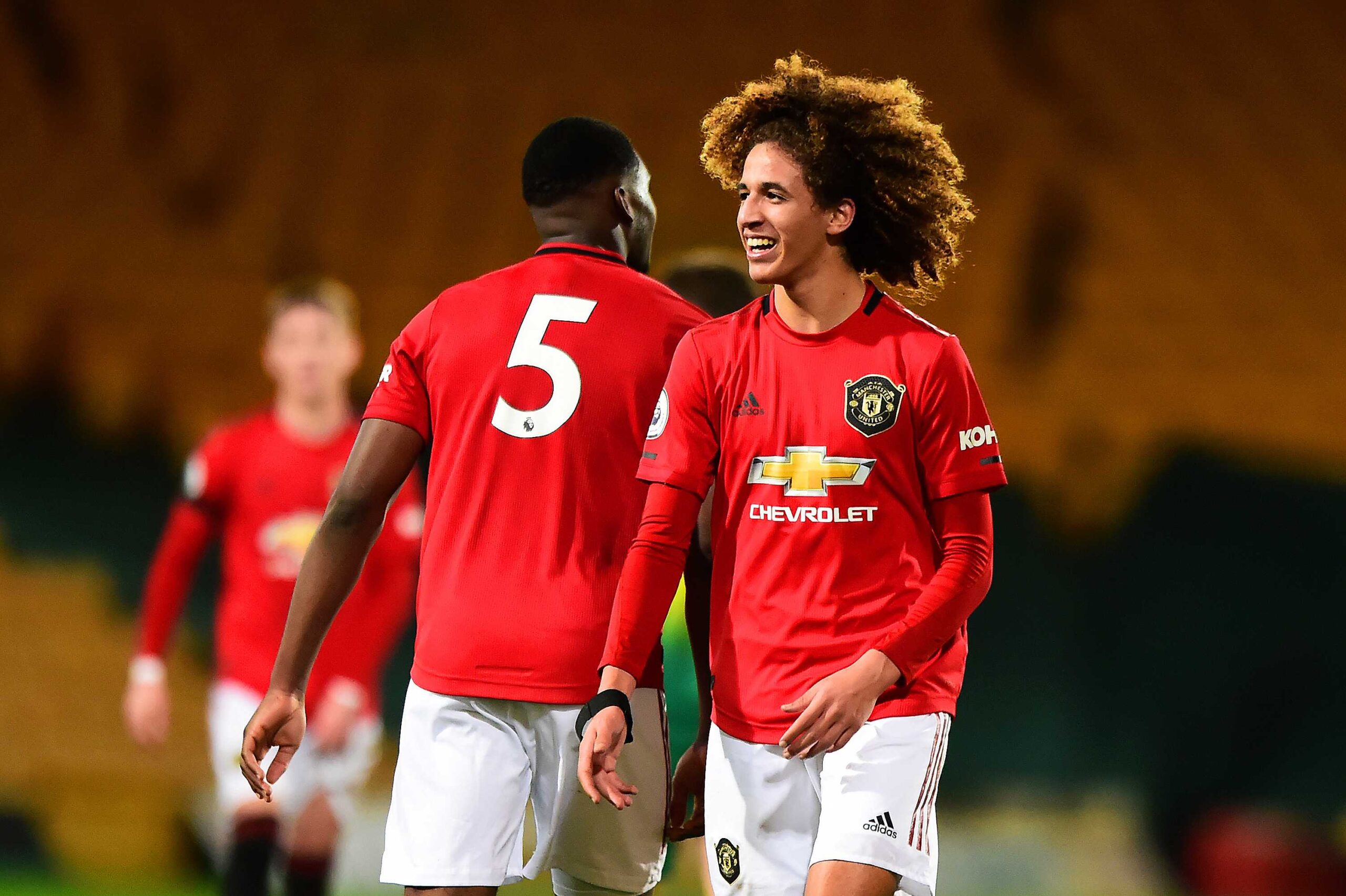 Integrating academy players into the senior squad has been a key policy of Ole Gunnar Solskjaer’s short reign at Manchester United.

The promotion of young talents has been utilised by the manager to help bolster out depleted areas of his team – areas that have been neglected of strengthening down the years.

Mason Greenwood and Brandon Williams have the been perfect examples of such, with the duo benefiting from not only their own hard-work and talent, but also the lack of depth in competition in the senior squad. Both players made the permanent step up from the U23s last campaign, and many more continue to knock at the door.

Neil Wood’s side was brimming with individual talent during the 19/20 season, with names like Teden Mengi, James Garner and Dylan Levitt all becoming somewhat household names, despite a lack of first-team action. Players like Hannibal Mejbri and Anthony Elanga have started to break into this mould.

Such names have benefited from the academy restructure that took place at Carrington last summer, with the club granting Nicky Butt a newly established position of ‘Head of First Team Development’. Working closely alongside Solskjaer, the two have paved a clear pathway for youngsters to break into the senior picture.

The most ideal route that the Red Devils now want their youngsters to take is one year with the U23s, before being loaned out for a season elsewhere. Such a blueprint provides sufficient game-time and experience for players, to either make a mark and show their worth, or to do the opposite. Either way, United will discover who is ready for first-team football.

We are into year two of this philosophy and Aliou Traoré, Tahith Chong and Levitt have all secured loan moves at progressive locations, with more deals still to come this summer. The gaps left behind in the U23 side will be assumed by some U18 talents, but new recruits as well. Under Butt’s watch, the club have secured 11 new, external academy signings, some of whom are regarded in being the finest talents on the European science.

Like clockwork, these players will be drafted into the academy and start their own journey on this established pathway. There is serious development taking place down amongst the ranks, and unlike in some clubs, a first-team debut is never more than a couple of days away.

Although Solskjaer is keen to press on this summer and elevate the quality of his squad through new signings, his policy with the academy will not be wavered.

The manager recently addressed the importance of the club’s philosophy, stating via the official United site: “That should always be part of being a Manchester United Academy player, knowing the pathway is there. We, as coaching staff and as a club, will always give good, young players a chance if they go through the ranks, when you’re getting ready to get the chance to have a feel of the first team as well.

“Hopefully, some really improve over the course of the season and get in and around the first team.”

Such words are no doubt refreshing to hear from an academy perspective, and the young faces around the Carrington complex are feeling the impact of these promises.

The funds for Chris Smalling have to be reinvested into a new defensive figure
Ole Gunnar Solskjær’s defensive hope: Why Manchester United fans should get excited about Teden Mengi
To Top