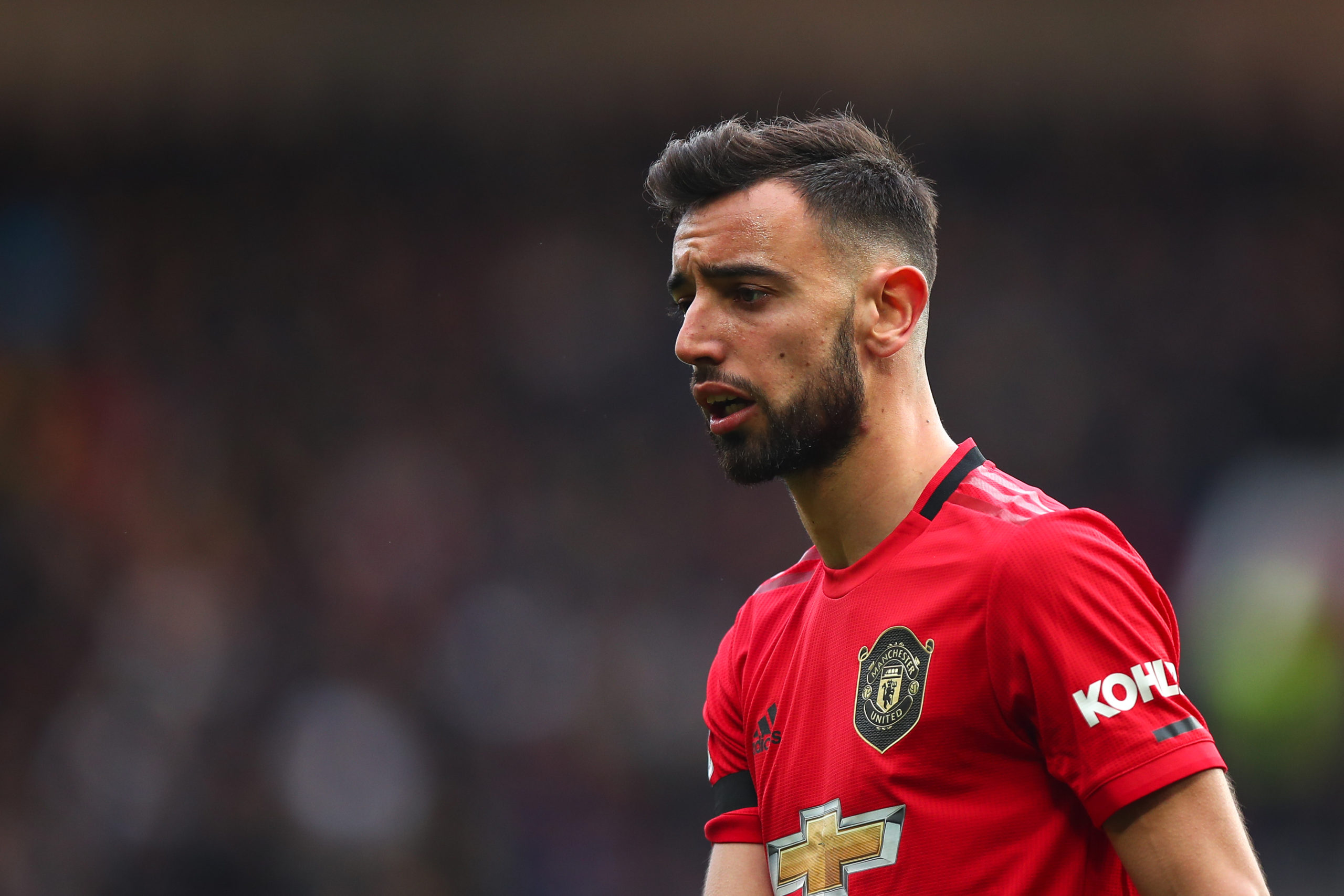 Bruno Fernandes’ impact on Manchester United since his January arrival does not need much of an introduction.

12 goals and 8 assists in 22 appearances in all competitions is a rather exceptional output. But even still, Fernandes scooping the Sir Matt Busby Player of the Year award on Friday received a mixed reception from the Reds faithful.

The consensus belief seemed to be that Anthony Martial was the standout deserving of the accolade. The Frenchman went on to win the Players’ Player of the Year award later in the day — and that too was certainly deserved following his 23 goals and 12 assists in all competitions.

Objectively looking at both Martial’s and Bruno’s contributions towards United’s relative success last season though, it seems unfair to just say that one deserved to be the POTY more than the other. The truth is, they both deserved to get some recognition for their performances.

Martial did carry the load for United for a bit longer than Bruno, particularly when Marcus Rashford — another big omission from the awards — went down with a long-term injury. But, following Bruno’s arrival, the whole football club flipped on its head — and in the most positive way possible.

To be totally fair, it’s always going to be the tiniest bit controversial to give the POTY to someone who arrives half way through the season. But, what Bruno has been able to bring to the table at United is far from ordinary.

Nothing about him on and off the pitch is normal. He has been extraordinary. Arguably one of the best pieces of business United has done in years.

Chipping in with 1.14 goal contribution per game in the Premier League, Bruno was a massive reason as to why United are still yet to lose a league game since his debut. The superlatives thrown Fernandes’ way are not exaggerated. There are very few players who hit the ground running in the English top flight like he did. He simply took over.

At the time of Bruno’s signing, United were in a bit of a rut. It was a tough time for the club both on and off the pitch. At times, it even felt like Solskjaer’s job was in jeopardy.

But Bruno’s impact felt like United were hitting that new manager bounce that they did when Solskjaer first took over back in 2018 all over again. The attack immediately became a force. United began terrorising opponents from all ends of the league table. There was a swagger about the Reds that we hadn’t seen for quite some time prior to that. This statement is always a bit of a reach, but it felt like the United of old were back.

United, of course, ended up finishing third and reaching the semi-finals of all cup competitions that they took part in — something that many feel may not have happened without the Portuguese star. It might be a bit rich to credit all of those things to Bruno. But, if we’re being honest, it has felt like that at times. We’ve all probably thought it.

One of the biggest criticisms towards pretty much all United sides in the post Sir Alex Ferguson era has been the lack of a winning mentality. All of the teams in the recent past have seemed to be okay with collecting their pay checks and accepting mediocrity. But not this current side.

And while there are still growing pains, the change is evident. And that’s as much because of players such as Bruno, with that kind of character, as it is anything else.

There is a reason why United’s No. 18 constantly gets mentioned in club captaincy discussions. He’s a winner. He’s a leader. His arrival improved the mood around the club and boosted the confidence of the whole squad. And if Bruno is fit to be captain the he’s certainly a worthy recipient of the POTY honour.

The anticipation around the new season is as high as ever amongst United fans.

The lack of business being done coupled with the promise built around the current young squad has the tensions and hopes running at an all time high. And it is because of players like Bruno that in spite of everything that’s glaringly bad atop of United’s hierarchy — the fans can still look towards the Saturday season opener against Crystal Palace with hopes and dreams.

Ole Gunnar Solskjær’s defensive hope: Why Manchester United fans should get excited about Teden Mengi
Manchester United’s next two weeks: a test of the club’s ambition and future
To Top