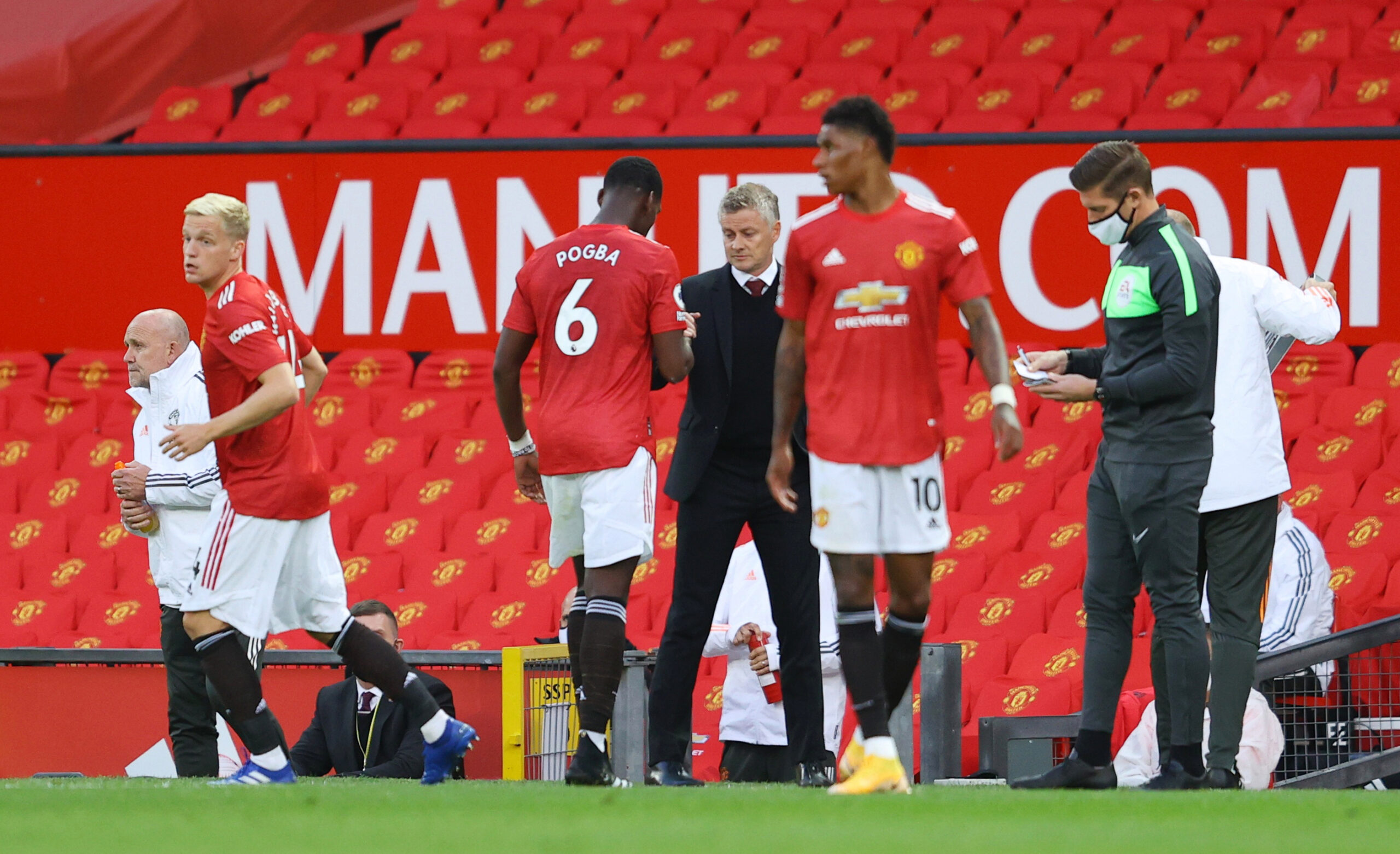 United’s opening fixture in the 2020/21 Premier League season ended in defeat and supreme disappointment at home to Crystal Palace, with plenty of drama and controversy to boot.

Regardless, nothing could take away from the fact that the Eagles were far the better side and the Reds looked way off the pace. Speaking to BBC, Solskjær had this to say on what was an opening day to forget:

“They (Crystal Palace) prepped with four friendlies while we have had one friendly. It showed, we are way short.”

Whilst there is some obvious truth to this answer, it does sound somewhat different from the promising signs and supposed “highest quality” reported in training over the last couple of weeks.

After being probed on the subject of transfers, Ole went on to say that tonight’s performance “hammered home that we need to improve. That is not good enough against any team in the Premier League.”

Solskjær kept his answers short and sweet – no doubt frustrated and already thinking on how to improve things ahead of the next game – but United debutant, Donny van de Beek also spoke after the game:

“That was not good enough today. Last week in training, it looked it really good. There was lots of quality and we played fast but today we played too slowly.”

While the 23-year old Dutchman couldn’t do enough to rescue United’s woeful performance, his debut goal in the 80th minute was a great way to introduce himself to the Premier League.

He went on to elaborate further in the follow-up with MUTV.

“First match for the club, a day you want to win. It doesn’t matter how, you want to win and I’m really disappointed that we lost 3-1 at home, that’s really bad. I think against an opponent like Crystal Palace you need to speed up the game to create something. That was not good enough.”

Tonight was the first time in six years that United haven’t won their opening game of the season and they struggled to look in the game for the majority. Here’s hoping it was just a rocky start and not a warning of what’s to come.