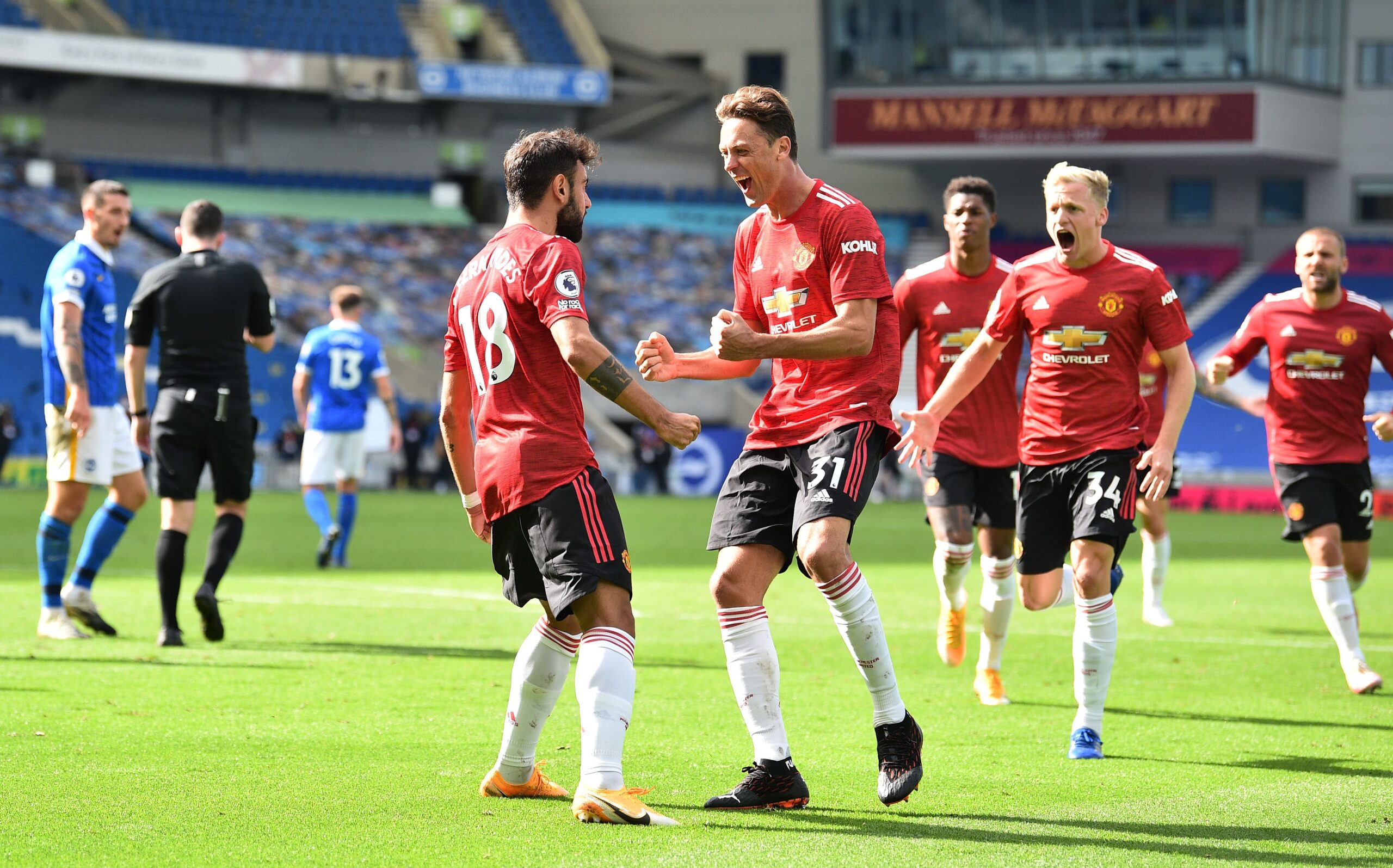 In an almost uncanny situation, United return to the south coast five days after their drama-filled last visit on Saturday.

Ole Gunnar Solskjær’s men might have a serious case of déjà vu at some point, while Graham Potter will be well aware things can indeed change after the full-time whistle tonight – without the controversy.

With it all decided on the night, the Carabao Cup calls these two teams back to battle in Brighton.

As we found out on Saturday, Brighton can cause serious problems with their intensity and spread of attacking outlets.

Hitting the woodwork five times, a Premier League record since Opta began covering statistics, Leandro Trossard was by far the most ‘unfortunate’ by hitting it three times.

The most glaring chance that hit the post was Solly March’s, who scored the seemingly unbeatable all-important equaliser to make it 2-2.

March was overlooked in our last preview and punished us, completing seven dribbles (a match high) as he marauded down the left flank.

If the Seagulls stick with their league formation, the wing-back could be one who keeps his place despite Potter’s expected rotation.

On March, his manager said: “I thought he was amazing, to be honest,” before continuing.

“I thought he was fantastic, that’s why I was so pleased not only with the equalising goal but that it was him scoring.”

Alireza Jahanbakhsh and Alexis Mac Allister have both each scored once in each of their previous two Carabao Cup games and are available.

Those two wingers have flanked German creator Pascal Groß as his 45-year-old boss has opted for a 4-2-3-1 formation in the competition so far.

Summer signing Joel Veltman has also played in both matches, once at right-back and once alongside Dan Burn at the heart of defence.

Having missed out due to Adam Lallana’s inclusion on Saturday, Davy Pröpper should start in holding midfield as Yves Bissouma remains suspended.

On his Carabao Cup team, Potter revealed: “The guys have done really well in the previous rounds.

“We will have a think today [Tuesday] in terms of the squad but it will be quite close to the Preston squad but with a few other options maybe.”

One man who might not be involved is rising right wing-back star Tariq Lamptey.

The man who won actual Brighton’s penalty at the weekend is expected to be rested and his impressive start to the season has seen him linked with Bayern Munich by German outlet Sport1.

Finally, in terms of their incomings, Daniel James has recently been linked with a move to reunite with his former Swansea City manager, Potter, with the AMEX one of many potential destinations for the Welsh winger.

Road to the round

“It was a sore one on Saturday and the lads put absolutely everything into the game. Their recovery has been good though and now we’re looking forward not back.” – Graham Potter [H]

Having secured their first Premier League win of the season in the 100th minute on Saturday, United will feel fortunate to not be under more pressure than they already are tonight.

Bruno Fernandes stepped up to secure the three points after a wonderfully-worked goal from Marcus Rashford, which added to Seagull skipper Lewis Dunk’s own goal.

The defensive lapses must surely concern Solskjær, who brought on Eric Bailly late on to track runners, a strategy the Red Devils simply couldn’t handle all afternoon.

Paul Pogba was again hauled off following the hour mark – seemingly far from fully fit following his Covid-19 diagnosis. Thankfully, though, there’s not been a transfer saga surrounding him as the window ends in six days.

Diogo Dalot, Andreas Pereira, Marcos Rojo and Chris Smalling are all expected to leave before the week elapses.

None of them should feature as Solskjær rotates his side, much like in the last round.

In addition, numerous international squads are currently being named ahead of next week’s, break which contains three games for some countries.

The England squad will be announced this afternoon with Harry Maguire set to be recalled and Mason Greenwood left out – both notable due to their summer shenanigans.

Cup’ keeper Dean Henderson is expected to reclaim in spot between the sticks, while Donny van de Beek is also in line for another start.

The aforementioned Bailly will probably partner Maguire and have Brandon Williams to their left.

Juan Mata was influential in the Round Three victory at Luton Town so should play again in a midfield which will likely include Scott McTominay and the possibly soon departing James.

With Sunday’s meeting with Tottenham Hotspur in mind, Solskjær will be given the conundrum of going for a trophy or gaining ground in the top four race.

On the topic of changing his team, he said: “You can see teams have a cup team and a league team and we’ll make changes.

“It’ll be very similar to what happened last week against Luton.”