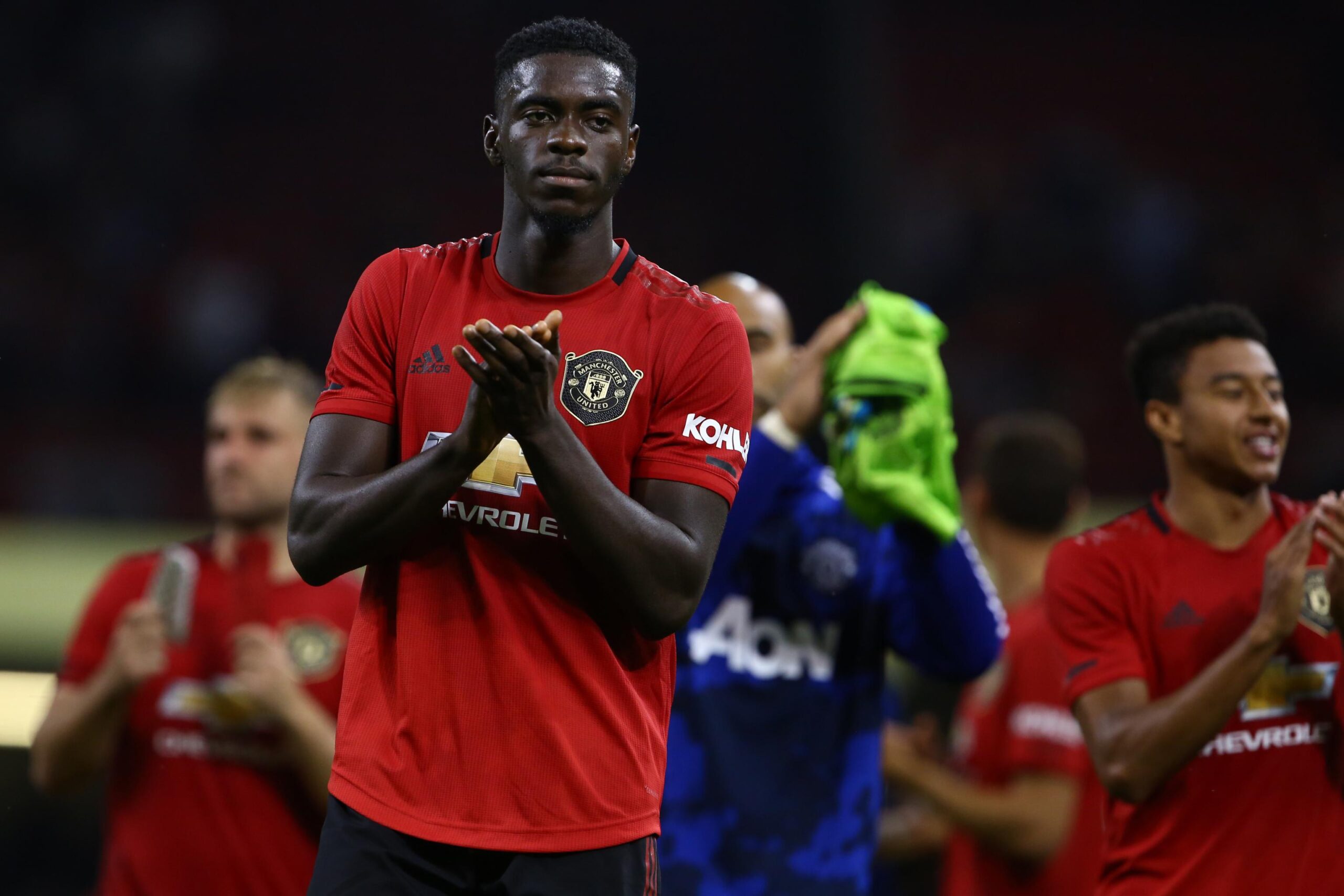 Though the defender’s loan moves were always seen as opportunities to get more regular football in preparation for bigger first-team involvement at Old Trafford, questions will always be asked.

The move has to be right. The player has to adapt and deliver in order to get game time whilst on a short-term contract. Loan spells consist of some much needed testing challenges for young players.

Tuanzebe’s time in Birmingham ticked all the right boxes. He played only five league games in his first year there due to injuries, but Villa saw enough to re-loan him the following season. And then, under the watchful eye of John Terry, the youngster began to make real strides at the heart of Villa’s promotion chasing defence.

The England youth international went on to make 28 appearances for the Villans in the 2018/19 season, grabbing the attention of the coaching staff in charge of United that year, but particularly that of Ole Gunnar Solskjaer.

It quickly became evident that Tuanzebe will be in Solskjaer’s plans for his first full season in charge, very similarly to the Dean Henderson situation now. The goalkeeper’s compatriot was also not allowed to go out on another loan. He was deemed ready to contribute.

Labeled by many as the potential future United captain, Tuanzebe had a good start to the 2019/20 season. Featuring a few times in his preferred and arguably best position of centre-back, but also filling in elsewhere, he showed signs of a potentially perfect partner for the then new signing Harry Maguire.

Quick, strong, agile, confident on the ball, Tuanzebe boasts all of the qualities required in a modern day centre-back. His quickness and agility in particular make him a good fit next to a slower, more calculated and physical Maguire. It wouldn’t be a reach to assume that this partnership was the long-term plan.

There also came a spell last season, eerily similar to what’s going on across the back line right now, when United were defending poorly and it felt like Victor Lindelof was going to be on the outs.

Tuanzebe had made a few promising appearances up until that point, including one as captain against his hometown Rochdale in the Carabao Cup, and was actually scheduled to start alongside Maguire against Liverpool before an injury issue stopped him in his tracks.

Back then, we all thought it was just a knock. But as fate would want it, numerous complications followed suit and knocked the 22-year-old back — right as he was about to get his first real chance in the fight for regular football.

As mentioned earlier, injuries too were an issue for Tuanzebe at Villa. But in spite of all that, his progress as a footballer has not really been hindered. The defender has continued to climb up the ranks, and upon his long-awaited return, he will undoubtedly get another opportunity to show whether he can be United’s defensive savior in the coming weeks.

“I’m good,” Tuanzebe told United’s official website when asked about his fitness recently. “It’s just good to be back among the lads in training again, as it’s been a while.”

United’s No. 38 returned to full training prior to the international break. It has been a long and often tough journey. Not only for Tuanzebe but also for United. There were several moments over the course at which many felt that perhaps he could have been the difference. The credentials that he built at Villa vouched for his abilities to be ‘that guy’.

Reoccurring injuries ruin the careers of many wonderful prospects all too often – it’s certainly been difficult to see an academy graduate with so much first-team promise go through those issues. But, Tuanzebe’s diligence and commitment give fans hope. It suggests that maybe the worst is behind him.

Perhaps now, with United leaking in goals left and right (11 in 3 league games), Tuanzebe will be able to join the fray alongside some fellow academy graduates and step up when United need a spark the most.

“Over the last 12 months, you can say, I’ve not been able to get my foot down and just get going. I was always breaking down with an injury but I trust in the rehab team. I’ve been working closely with John Davin and he’s helped me a lot so, this time, I want to get rock and rolling.” he continued.

“Looking at the other lads progressing, the games being played, just counting the amount of games you’re missing and getting messages left, right and centre, asking when you’re coming back and stuff. It’s tough in that respect, but I’ve had good people around me who have kept me going, [who] motivate me every day, and I motivate myself to know that there’s light at the end of the tunnel.”

Tuanzebe’s demeanor shows a man that is relieved to finally be able to operate at full throttle again. The mental and physical challenges that he has experienced over the last year are enough to make or break you. But in the Englishman’s case, it sounds like they’ve only lit a bigger fire under him. He sounds like a man that is relieved but also filled with a burning desire to get right back amongst it.

The former academy graduate got injured when United were crying out for a solid centre-back to step in, and shore up some defensive holes that were causing them problems and costing the team valuable points.

Now, the 22-year-old is all set to come back — almost a year later — to see the exact same issues. It’s like he never left.

United’s defense was left on its knees after Jose Mourinho’s Spurs put six goals past them before the break. The former United manager gave Tuanzebe his debut. Now, at a new club, Jose may have just rolled out the red carpet for the player again. This time, for a fairytale return.

The entire squad needs picking up. The next seven fixtures are all crucial, not only for United’s season, but also for Solskjaer’s future. The manager will need big characters and, most importantly, winners, to step up. And maybe now, finally, it’s Tuanzebe’s time to grab his inevitable opportunity with both hands.