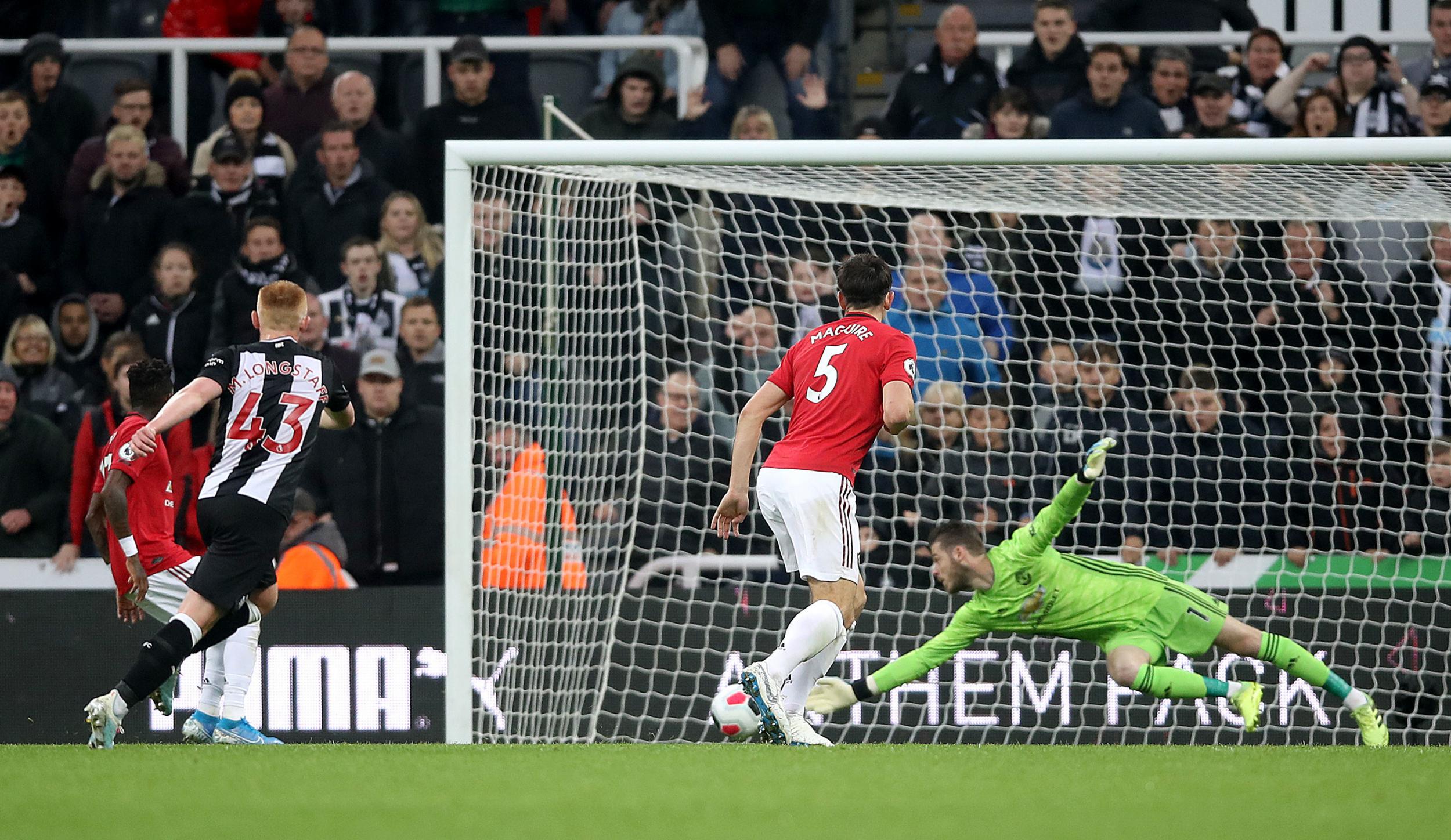 With international action over for a few weeks, United travel to the North East as they look to bounce back from embarrassment almost a fortnight ago.

Ole Gunnar Solskjær admitted the 6-1 Spurs loss was his lowest day connected to the club and will have to beat fellow Old Trafford icon Steve Bruce to get back on track before a Champions League trip on Tuesday.

The late match tomorrow is a battle of the United’s in contrasting form.

Having survived comfortably last year despite statistically being one of the worst sides in the division, Newcastle and owner Mike Ashley made the rare decision to be proactive this summer.

Snapping up the likes of Bournemouth duo Ryan Fraser and Callum Wilson, along with savvy acquisitions Jeff Hendrick and Jamal Lewis, the Toon look more of a force to be reckoned with heading into their second season under Steve Bruce.

Having only lost one league game and progressing in the Carabao Cup, the Geordie faithful have at least had something to smile about during the difficult times in the region, still not being able to watch their beloved team from the famous stands.

This fixture would usually contain a wall of black and white encrusting the pitch, something the Red Devils often struggle against, but the lack of that could affect the 22 men on it tomorrow.

So let’s talk about them.

One to watch: Jeff Hendrick

After a fear that they could’ve had a huge injury list, Newcastle are welcoming back Fraser, Lewis and star man Allan Saint-Maximin for this one.

The latter, a fan favourite at St. James’ Park, has recently signed a new deal with the club.

The Frenchman has promising rather than over-productive maiden campaign in the Premier League last term, scoring three goals and assisting four in 29 appearances.

This season, however, he’s started to look more like the player he was at Nice, netting once and setting up a strike against Burnley.

Saint-Maximin’s pace and nimble footwork, with the ability to play on either flank, will be a tough test for any of United’s full-backs, just like the their other in-form attacker.

Hitman Wilson has started off on fire for his new club, scoring four top-flight goals in as many games and providing an assist in his best performance yet against Burnley before the break.

His speed and eye for goal makes him a threat in any match and has also punished teams on two occasions from the spot, the first being a crucial controversial penalty at Tottenham Hotspur last month.

Aided by Fraser’s creativity and what Hendrick and Miguel Almirón can offer, Wilson will be a threat tomorrow night.

The man he ‘displaced’ leading the line for the Mapgies was £40m Brazilian Joelinton, who – for anyone who followed him at Hoffenheim – is now looking more suited behind Wilson, allowing him to be more creative and be involved in the build-up play.

If Bruce is brave enough to stick with two strikers and not go to a five-at-the-back formation, the pair could cause problems.

At the other end, reliable goalkeeper Martin Dúbravka remains out and his recovery has gone “slower than we would have liked.”

Karl Darlow has done a fine job deputising behind a depleted defence, into which consistent midfielder Isaac Hayden has dropped in recently.

Captain Jamal Lascelles still isn’t at 100%, so there’s a chance that could happen again, unless Emile Krafth comes in.

That defence is part of a larger Bruce unit which can frustrate teams and like at Spurs, hang on before snatching the points late on.

That happened last season at St James’ Park in this fixture, where Matty Longtsaff’s second half strike secured a memorable three points for the Magpies.

“I’m expecting a really, really difficult game. They’ll be wounded and disappointed about what happened a couple of weeks ago and make no mistake, they’ve got some top, top players in the team. We’ll have to play well if we’re going to get something, that’s for sure.” – Steve Bruce

Annihilated at Old Trafford, United need to show serious bounce-back-ability tomorrow to start to turn their season around.

Apologies from the players will only count if the performance shows that same committed sentiment.

The players on the St. James’ Park pitch will all have points to prove, whether it be to nail down a starting spot or prove their worth.

The last time the Red Devils played after a 6-1 home loss was in 2011. Javier Hernández’s Goodison Park goal was enough to earn three points against Everton.

Let’s hope for more of the same as this Park.

A lot of toxic talk has surrounded the break but now, the run as we head into the winter is where the only focus should be.

Following this match, it’s a trip to back to where Ole was the wheel, Paris, followed by a trio of home games against Chelsea, RB Leipzig and Arsenal before difficult tests in Istanbul and the blue half of Merseyside to enter November.

First and foremost, Solskjær has a big decision on his hands: Harry Maguire. The Red Devils boss revealed that hie captain had a ‘knock’ but many don’t believe that to be true and that he’s planting the seed for a change.

After his red card for England on Wednesday, national manager Gareth Southgate believes usual ever-present Maguire should play through his form and will get through the rough patch on and off the pitch thanks to his character.

Another Solskjær signing and the potential skipper tomorrow, Bruno Fernandes, is set to be invovled after losing as many matches since the start of this season as than the entirety of his last half-campaign – two semi-final defeats.

There have been reports of a falling out between Fernandes and boss (which were rubbished the man himself on Thursday) and in his pre-match press conference, Solskjær had his day, telling reports: “We know any little chance from outside, you want to create a division.

“I think Bruno spoke really well the other day about we are United, we have to stay together.

“We can’t listen to everyone outside, we’ve just got to get on with it.”

New signing Édinson Cavani will miss out due to self-isolation restrictions but Alex Telles might feature in the matchday squad despite a spell back home in Brazil in which he played twice for his country after his move from Porto.

Forward Facundo Pellistri has been ‘enthusiastic’ in training according to Solskjær, but was labelled as ‘one for the future’ – read into that as you may.

One youngster ready for the here and now is Mason Greenwood, who scored a stunner at Old Trafford the last time these teams met on Boxing Day.

With Anthony Martial out due to his farcical red card, he’s set to lead the line and will leave room for someone to slot into the attack.

“We need a response as we always do after we lose a game. You want to win the next one, we want to try and dominate the game. The result is very important, but wanna see positive body language and mindset.” – Ole Gunnar Solskjær