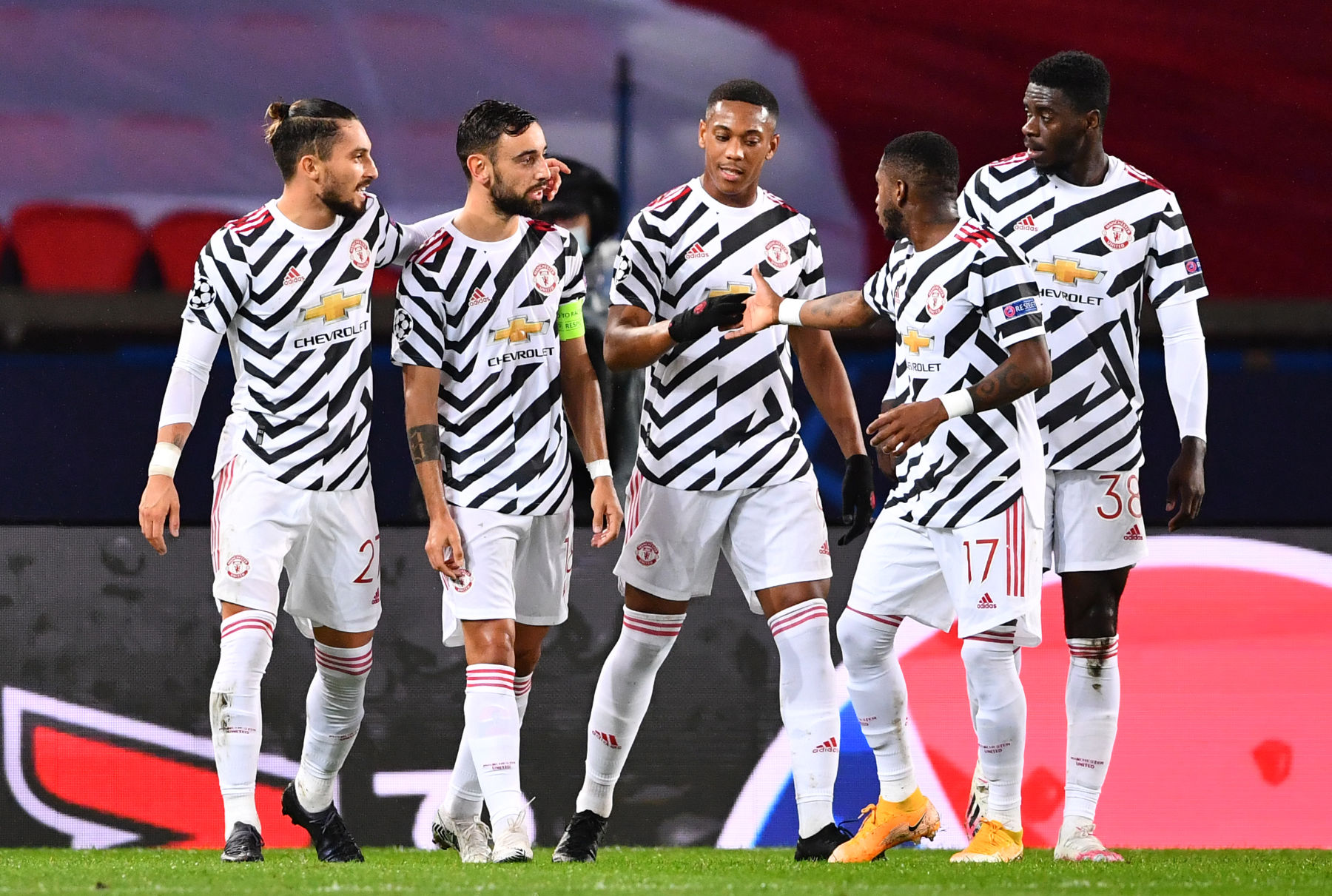 Manchester United once again came and conquered in Paris as a late goal from Marcus Rashford secured the three points in United’s Champions League curtain raiser.

Bruno Fernandes opened the scoring in the first half but an own goal from Anthony Martial looked like it would mean that the spoils were shared. But history repeated itself once again – Marcus Rashford scored a fantastic drilled effort 2 minutes from time.

David de Gea: 8
Made some very good saves and could do nothing for the goal.

Axel Tuanzebe: 9
What an incredible return to the team. Axel Tuanzebe hasn’t started a competitive game in 2020. The 22-year-old was thrown into the deep end in Paris and made Kylian Mbappé look like an amateur.

Victor Lindelöf: 8
His best performance this season – the Swede was always there to clear and sweep up.

Luke Shaw: 8
Just like all of United’s defenders, Shaw was brilliant in Paris.

Wan-Bissaka: 8
His tackling didn’t seem to end. Kurzawa was visibly annoyed with how Wan-Bissaka always got the better of him on the left wing.

Scott McTominay: 9
Booked in the first half with Neymar having his fun early on and that could’ve been curtains for McTominay but a very professional performance with a few lumps kicked out of Angel di Maria earns the midfielder a high rating.

Fred: 9
McTominay and Fred both started that game in Paris 18 months ago but it was a completely different story this time around. United held the Parisiens at arms length at all times and Fred was integral.

Alex Telles: 8
Quite the occasion to make your debut but Telles handled it comfortably. His corners were sublime and almost resulted in two goals. Very good.

Bruno Fernandes: 8
The clear leader on the pitch and tonights captain. It’s clear that United always look to their new talisman and it’s no surprise that everything good that comes from United is through Fernandes. Missed his penalty initially but scored the re-take.

Marcus Rashford: 7
A late winner in Paris? That’s just what Marcus does. Quite an indifferent performance before that but that doesn’t matter.

Anthony Martial: 6
Worked hard, won the penalty but unfortunately scored the own goal.

Paul Pogba: 7
A shock exclusion from the starting team but the Frenchman didn’t sulk. Pogba came on halfway through the second half and made the difference. The extra body in midfield allowed United to completely control the game.