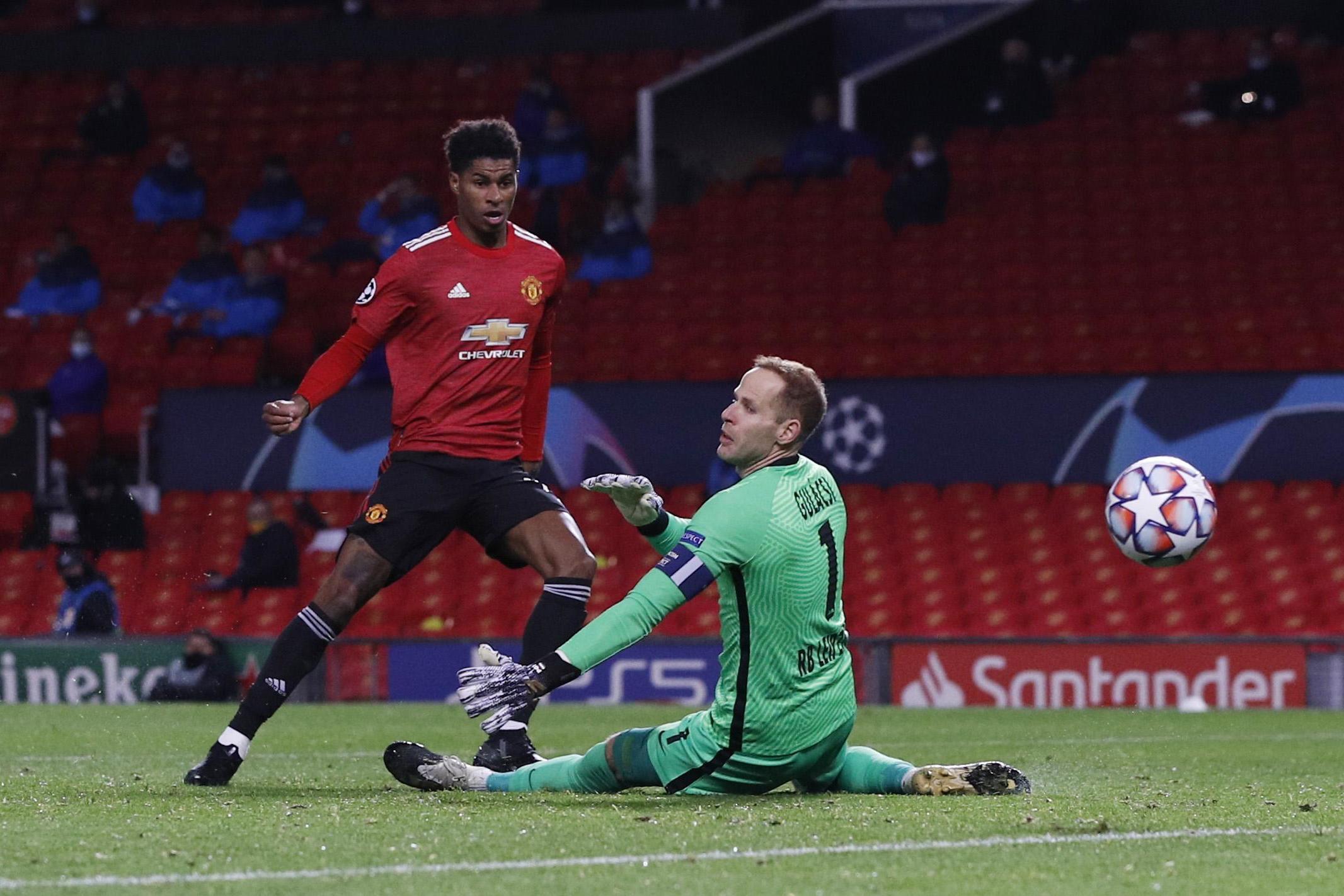 Manchester United continued their fantastic start to the Champions League with a comprehensive win over RB Leipzig in the second game of the group.

It was a real tactical battle between Solskjær and Nagelsmann – the German side pressed relentlessly but Solskjær’s 4-4-2 diamond coped with the pressure well and for the most part looked comfortable in playing through their initial press.

Bruno Fernandes and Marcus Rashford started on the bench but their introduction to the game indicated a real powershift in the game.

United never lost their shape, they were disciplined and stuck to their game-plan even when the German side enjoyed the majority of possession in a 20-minute spell.

It was the usual suspects for Manchester United as the three top scorers from last season all made their mark.

David de Gea: 7
Clean sheet and a couple of good saves. Not a lot to do but good performance nevertheless.

Aaron Wan-Bissaka: 8
Just when you think that the attacker has passed him, that long leg comes out of nowhere. Another top performance from Wan-Bissaka, who had started the season slowly.

Victor Lindelöf: 8
Once again impressed as he continues his fine form after a disastrous start to the season.

Harry Maguire: 7
Swept it all up. Forced Poulsen to drop deep whenever he wanted to keep the ball for longer than a second.

Luke Shaw: 8
Put some great crosses in and solid defensively.

Nemanja Matic: 7
Had to tread lightly after being booked but did well throughout before being substituted.

Fred: 10
The perfect performance in a big game – it’s what we’ve come to expect from United’s Brazilian in the games where they have to show some grit. Continues his upwards trajectory.

Paul Pogba: 9
Three games on the bench seems to have induce a reaction from Pogba. He was unplayable for parts of the game and his unmatched drive right through Leipzig’s midfield meant that Greenwood could score the opener.

Donny van de Beek: 7
First start since the 3-0 win over Brighton last month and although it was not always pretty, Van de Beek was vital in United’s defensive shape.

Anthony Martial: 7
He looked desperate for a goal and when Marcus Rashford had the chance to score his third with a penalty, Martial was instead given the ball which he slotted away.

It’s his first goal in 11 matches for club and country – he’ll be hoping to kick on.

Mason Greenwood: 7
Neat touches here and there, bypassed Leipzig’s high press but the finish to give United the lead was executed to perfection and it put them on their way. Back in the team, back among the goals with his first ever shot in the Champions League.

Substitutes
Marcus Rashford: 10
Wow. What a cameo. Devastating on the break and selflessly passed on the change to score his hattrick from the spot. It came just minutes later either way – his first in senior football.

Rashford’s performance was so good that he almost doubled his tally for the season in just 18 minutes. His third goal was his 7th for the season and the Englishman now finds himself in a fantastic position to beat his career-best of last season.

Bruno Fernandes: 9
It really felt like the big boys were coming on when Fernandes and Bruno were readying up on the touchline. Bruno came on with unmatched intent and he immediately changed the game when Leipzig were pushing for an equalizer.

His quick thinking and perfect execution but Marcus Rashford through and the floodgates opened from there.

Scott McTominay: 7
Offered great stability when introduced and filled in for Matic with ease.