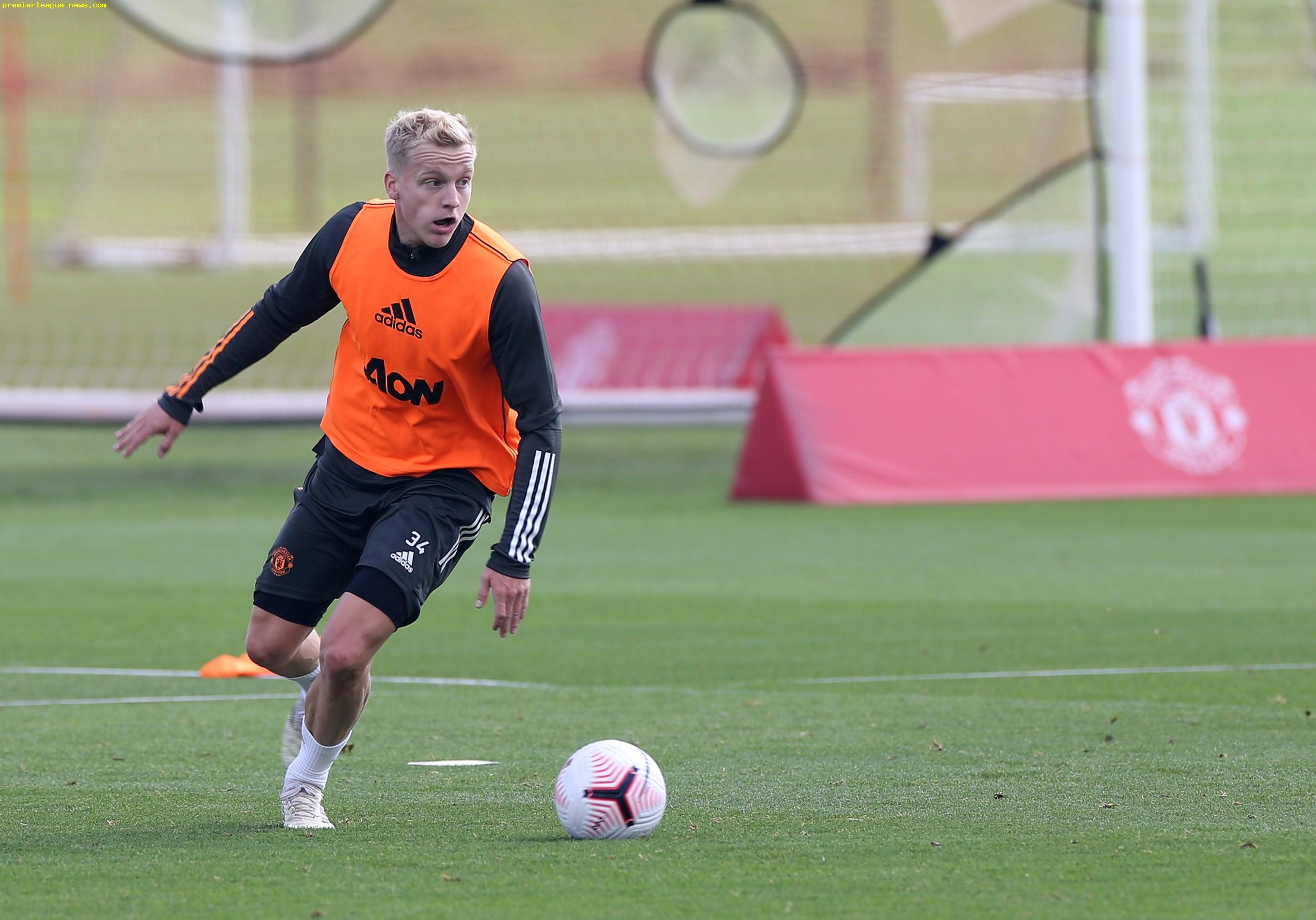 Donny van de Beek has commented on United’s impressive 5-0 win over RB Leipzig earlier this week. Donny started the match, his first since the 3-0 win over Brighton in September.

The manger decided to switch it up in midfield to combat the German sides heavy pressing and Van de Beek was integral in the defensive shape, even if he was effectively the most advanced midfielder from the start.

Van de Beek did however impress in his first Champions League start and will keep knocking on Solskjær’s door for that elusive first league start.

“It was amazing. Champions League… these nights are always special. 5-0, I mean, it’s an incredible win. We are really happy, and now we focus again already on Arsenal.

“In the dressing room? Everybody was in a happy phase,” Donny said after the game. “It’s normal if you win [against] a difficult opponent. Leipzig showed last year that they are really strong and have a good team.”

“But I think we showed also that we are also really strong and we have an amazing team and we just need to keep going now. Players always want to play games. Training is also nice, but the games… this is why you’re playing football,”

“I think a lot of games [means] we can improve always and I am sure that we will win more if we stay in the focus.

The Dutchman also previewed United’s next league game as Arsenal make the trip to Old Trafford.

“Arsenal have showed that they have really good players, and I mean we need to be focused.

“We won (on Wednesday) and everybody’s happy and it’s good for the confidence and everything, but now we must go on to that game.“A lot of big games are coming up now. A lot of games. We need to stay in the focus and then I’m sure that we make more nice wins.”