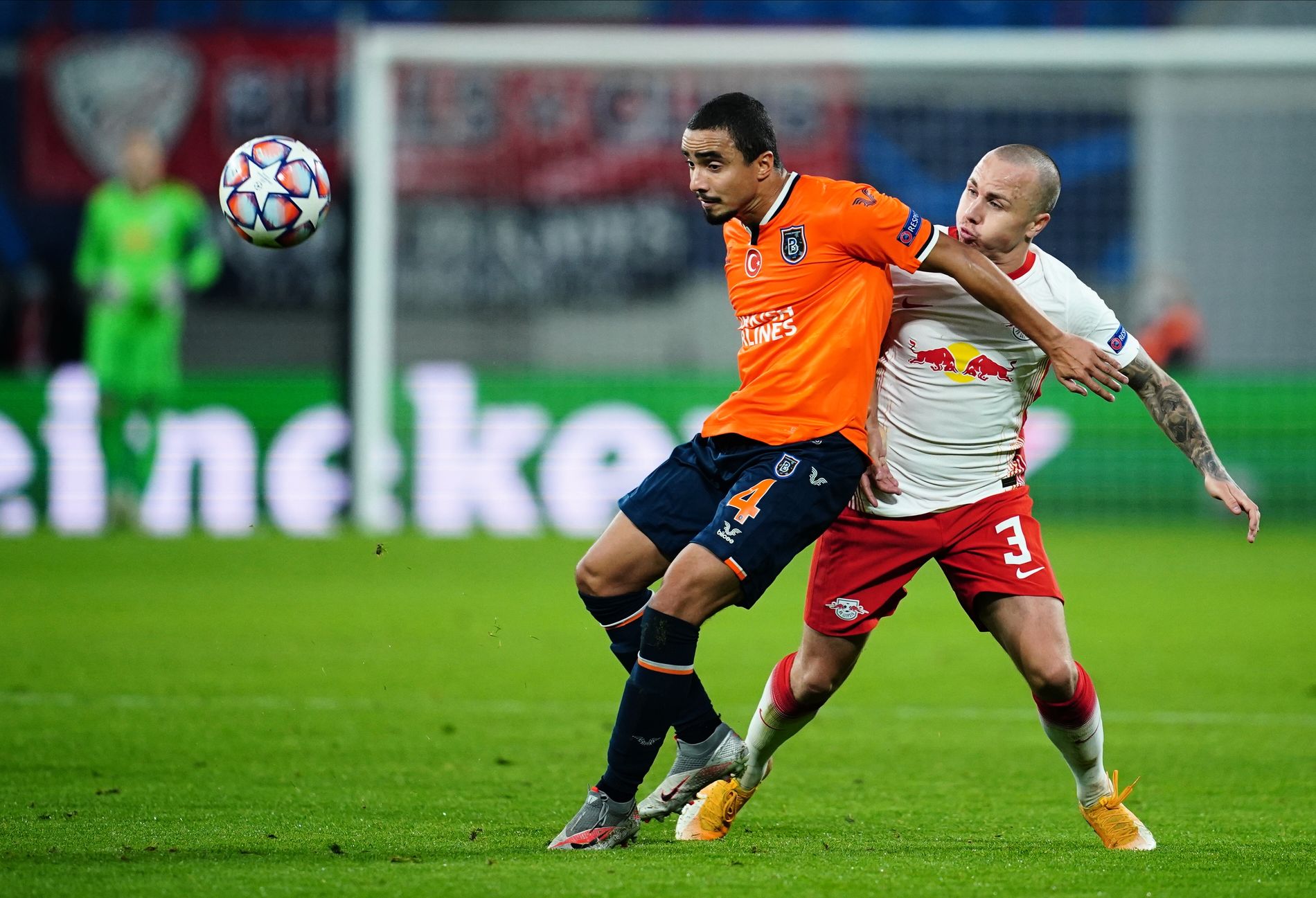 United are back in Champions League action tomorrow, looking to edge closer to knockout qualification.

Ole Gunnar Solskjær has had the pressure put back on him over the weekend, while fellow 47-year-old Okan Buruk has Başakşehir back on track following a shaky start to their Süper Lig season.

As another recently-revived club in Group H, Başakşehir – formerly known as ‘ISKI SK’ from 1990 – have a controversial but successful history.

The club have been coined ‘Erdoğan FC’ due to strong links to the Turkish President and wear the colours of his political party, as well as having his portrait in the lobby of the training ground.

On the pitch, Başakşehir broke the Istanbul ‘big three’ monopoly in July and triumphed with the Turkish title, beating fellow outsiders Trabzonspor to the top spot by four points.

Other than Bursaspor in 2010, capital giants Beşiktaş, Fenerbahçe, and Galatasaray had claimed every league crown since 1984.

Capitalising on poor showings from the more established clubs, that first top-flight victory came after five top-four finishes since their promotion in 2014 – the same year they were renamed.

This season is their first foray at the group stage having failed in Champions League qualifying twice before.

They reached the round-of-16 in the Europa League last season, losing to United’s eventual opponents, Copenhagen.

A torrid start to their domestic title defence has improved as of late, winning their last three Süper Lig games, sandwiching a pair of 2-0 losses at firstly, RB Leipzig and then to Paris Saint-Germain.

The Owls average less than 3,000 spectators at home matches and their record transfer signing is just £5.85m but they have benefited from some dubious backing to make them the team to beat in Turkey.

One to watch: Ifran Kahveci

Manager Okan Buruk has built a side with Turkish foundations and foreign flair which saw him reign supreme in his first season as Başakşehir boss.

The former Beşiktaş, Galatasaray, and Internazionale midfielder was appointed last summer thanks to various successful spells at smaller clubs, including a Turkish Cup triumph in 2018 with Akhisarspor.

His mix of homegrown talent and overseas influence is best shown at the back, with Mert Günok in goal, behind some proven Premier League players.

Rafael, who made 170 appearances for the Red Devils, will certainly be playing due to the absence of his fellow Brazilian full-back, Júnior Caiçara.

The man Louis van Gaal let go in 2015 left Lyon in August but, before that in April, criticised the club he represented for seven years, telling ESPN: “We [United] started signing expensive players and giving them a lot of money.

“I don’t agree with that. Just because a player costs 150million does not mean he’s good for the team. It depends on the character of the player.”

Experienced centre-back Alexandru Epureanu wasn’t in the squad for Sunday’s away win and was replaced by Carlos Ponck at the heart of defence.

They both could start due to Škrtel’s recent thigh issue, making the tough Slovakian a doubt – although he won’t be keen to miss this one.

Their full-backs enjoy cutting inside, as their three-man midfield move into spaces, often overloading out wide for crosses.

81-time capped Turkey international Mehmet Topal should anchor things in the middle of the park, alongside young prospect Berkay Özcan.

Creative presence Özcan made his move back home permanently this summer after a promising loan spell last season from Stuttgart.

The versatile Kahveci has two goals to his name this campaign, supplementing a side who have an array of scorers, including former Chelsea and Newcastle hitman, Demba Ba.

Nacer Chadli is injured, so Buruk will be relying on mercurial right-winger Edin Višća for creativity.

The Bosnian is a long-time Başakşehir servant, having been at the club since 2011, and is their talisman. The Bosnian scored 13 goals and made 12 assists in 33 league appearances last term to help them to the title.

Dutch-born Turkey international Deniz Türüç, on loan from city rivals Fenerbahçe is also one to keep an eye on, potentially as an impact substitute for the Owls.

Having played four different formations in their last five games and needing to pick up points, 47-year-old Buruk is likely to go with a flat 4-3-3.

He’ll be hoping his side can soak up pressure, then release their wingers on counter-attacks, who’ll flank Ba or French frontman, Enzo Crivelli, who picked up an injury against Konyaspor.

Used to dominating games, averaging the second-highest possession in the division so far this season with 57.95%, they’ve struggled to adapt to life as the underdog in this ‘Group of Death.’

Nevertheless, they’ll have learned from their previous two ties and are proven to press effectively, winning the ball back in the final third eight more times than the next-best Süper Lig side this season, with 44 recoveries at the right end of the pitch in seven games.

Başakşehir enjoy their crossing and also work well from set pieces, hence their strong, imposing strikers, who profit from good passers such as Kahveci and Višcá by staying in the penalty box.

“I believe this game would bring goals. Such good deeds will bring us both goals and wins. I do not see our rivals as the favourite of the matches we will play. There will be equal chances when we perform the same game. We will play to win.” – Okan Buruk

However, on the road and in the Champions League, it’s relatively rosy, with two wins from two group stage games and an aggregate score of 7-1.

Another victory would see Solskjær’s side almost through, while a draw wouldn’t be too damaging.

The matchday four reverse fixture at Old Trafford, to be played on Tuesday, 24 of this month will be where things ramp up for both teams.

In terms of past trips to Turkey, the Red Devils have a mixed record from eight journeys; winning and losing three each and drawing twice but, like Leipzig, these clubs have never met.

Dean Henderson could potentially play between the posts, with Başakşehir likely considered a lesser opponent than RB and PSG, in order for David de Gea to rest.

Axel Tuanzebe hasn’t started since his superb performance in Paris, so he may return for either Harry Maguire or Victor Lindelöf and Teden Mengi could make his CL bow.

Maguire joined his manager in a connection problem-plagued pre-match press conference today and told reporters: “We’ve worked hard since we came back from the international break and since then we’ve been really good.

“We’ve conceded two own goals and a soft penalty. We’re on the right track but we need to get the right balance.”

Alex Telles returned to Carrington on Monday for a coronavirus test and remains unavailable as Brandon Williams awaits a first appearance in Europe’s elite competition.

Donny van de Beek and Nemanja Matić may well play from the off, due to the entire midfield’s lacklustre display at the weekend.

Finally, Anthony Martial is fresh, while Daniel James and Juan Mata may feature to offer rotation and different outlets in Istanbul.

“We work every day for our fans to have something to celebrate. The process we are going through we are focused and hopefully tomorrow night we can stamp our authority on the group.” – Ole Gunnar Solskjær

Next match: Everton [A] Saturday, 7 November