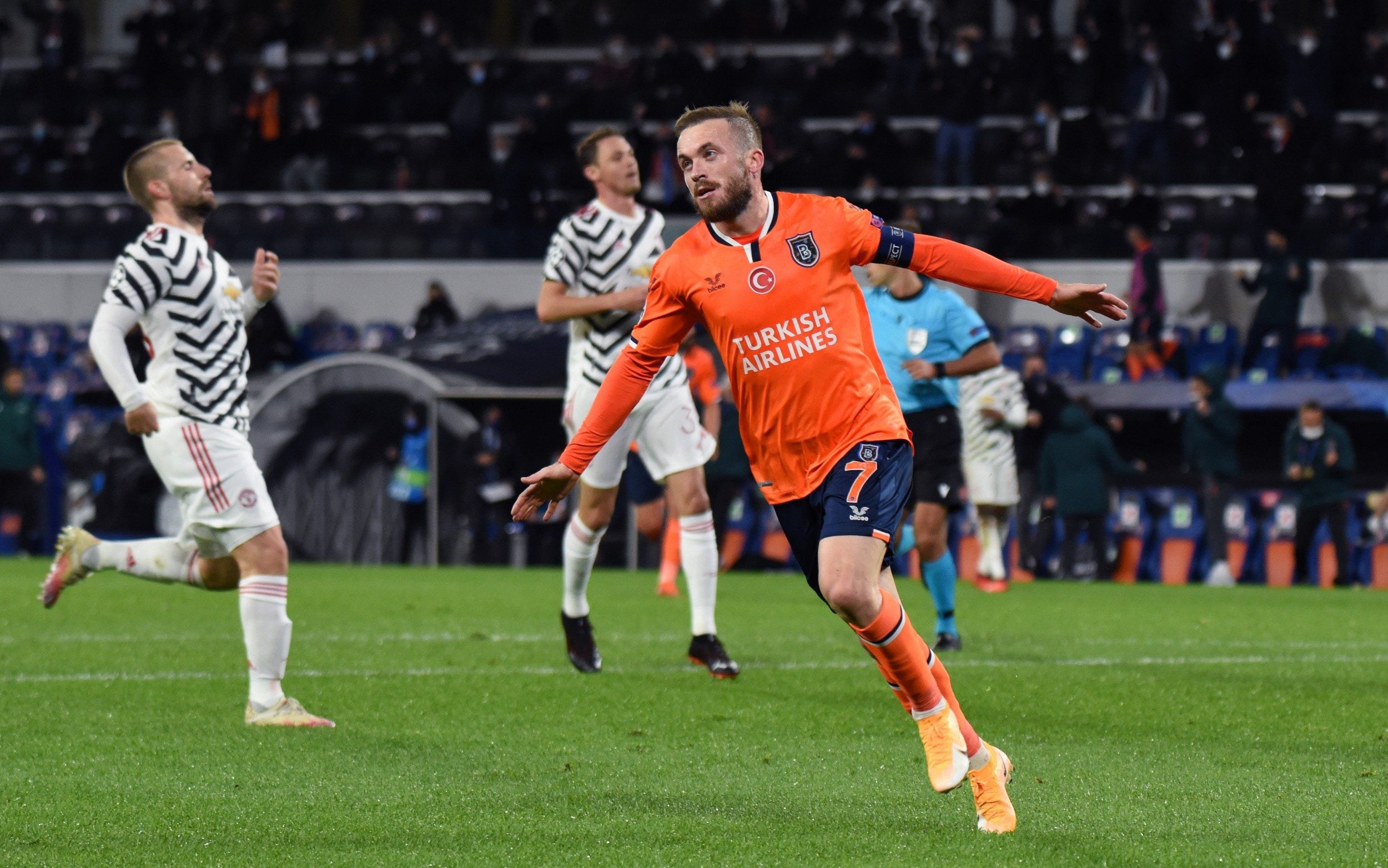 Manchester United went into the game in Istanbul with two wins out of two in Group H and with two games either side of the upcoming international break, they had the chance to secure qualification in their double-header with the Turkish club.

Dean Henderson was picked ahead of David de Gea in goal, although it is not believed that this was a tactical decision from Solskjær and that the Spaniard will return for this weekends clash with Everton.

Alex Telles was still not eligible for selection after his positive coronavirus test whilst Donny van de Beek started for the second consecutive Champions League game.

The hosts were yet to score a goal in their first season of Europe’s elite competition but the game saw fan-favorite Rafael face his old side for the first time.

The Reds were sharp from the off and their intricate midfield play allowed them to play in the space in front of Istanbul’s back-four – a move worked nicely by Bruno Fernandes and Marcus Rashford left Luke Shaw in acres of space on the left-hand side, his cross was inches away from being tucked in by Rashford after 9 minutes.

Neat and organized quickly turned into impulsive and reactionary defending when United conceded from their own corner. Wan-Bissaka’s cross was blocked by the Turkish defence and a first-time pass, which at first looked like a clearance, from Edin Visca put Demba Ba through on goal from his own half.

United had completely switched off and with Nemanja Matic being United’s deepest player, there was no hope in catching the former Chelsea forward who calmly slotted it past Dean Henderson.

Axel Tuanzebe was lucky to stay on the pitch after he dragged Ba down who was once again through on goal, this time from a free-kick inside Istanbul’s penalty area.

United’s first half went from bad to worse when Mata failed to control Fernandes’ horribly executed pass and the home side broke could easily break to score.

Going into half-time with a two-goal deficit would’ve been disastrous for Solskjær but United found a response just before the referee’s whistle – United had failed to make anything out of their dominant possession but a cross from Luke Shaw was met by Anthony Martial to cut the home teams lead in half.

Tuanzebe’s troublesome afternoon was ended as he was replaced at half-time by Scott McTominay. The defender, who was one of United’s best performers in their win at Paris Saint-Germain, struggled throughout the first half.

Nemanja Matic subsequently moved down to centre-back with McTominay playing alongside Donny van de Beek in midfield before the Dutchman was was replaced by Paul Pogba on the hour-mark. It was a double substitution by Solskjær as Edinson Cavani replaced Juan Mata.

United’s static and toothless possession-play continued long into the second half and Solskjær’s side rarely looked like they could trouble the resilient Istanbul defence.

The introductions of Pogba and Cavani had little impact on the game and fifteen minutes later, Greenwood and Fosu-Mensah replaced Rashford and Wan-Bissaka.

All of United’s possession mounted to nothing once again and it was another poor showing from these underperforming stars. The brilliant highs are always followed by incredible lows, a pattern desperately need of change if United are going to challenge for trophies.

The defeat means that United are no longer as clear of their competition as they were prior to the game and the return leg at Old Trafford in three weeks will be vital to United’s qualification hopes.