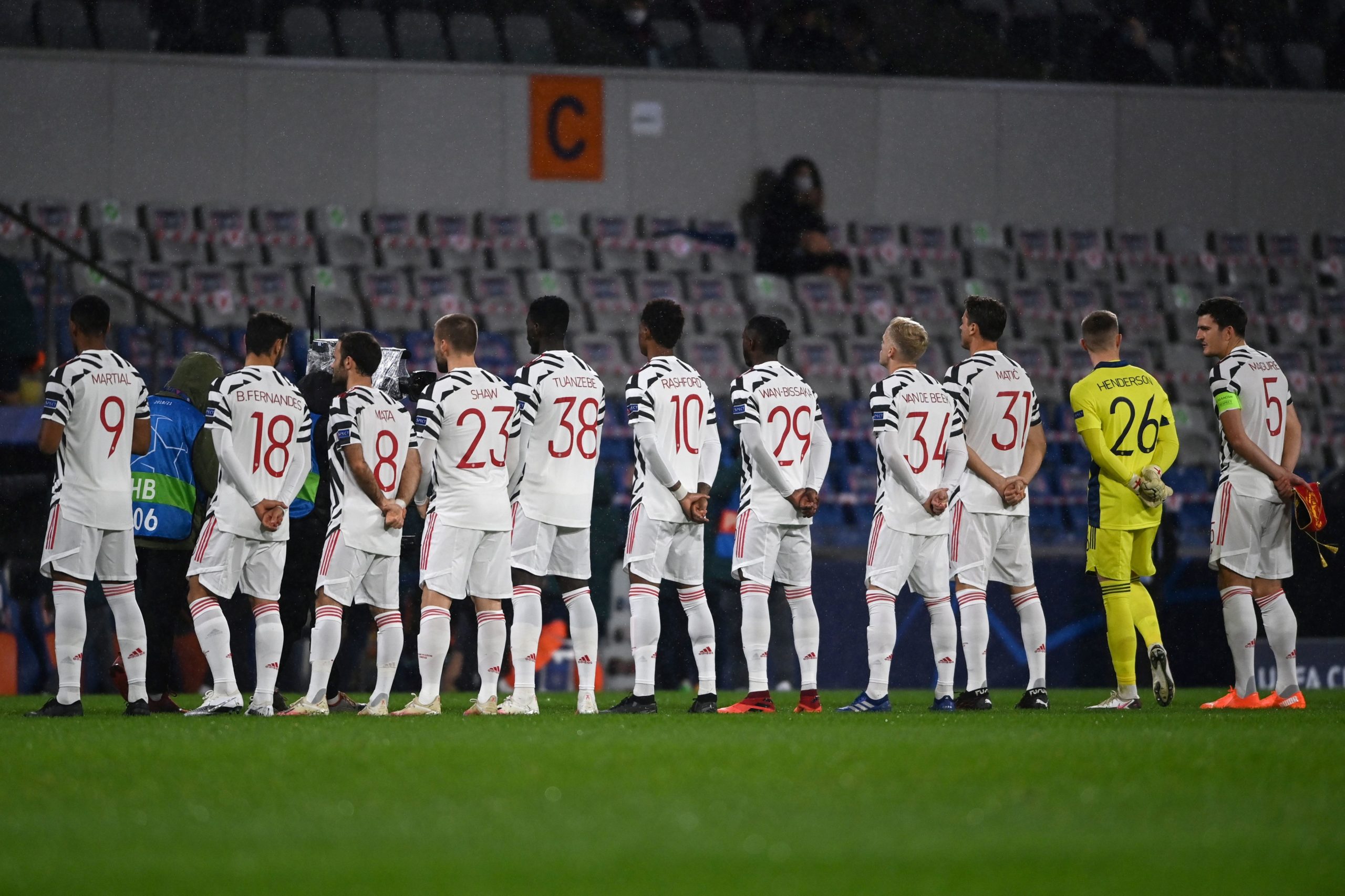 Manchester United followed up their disappointing loss against Arsenal with an even more disappointing night in Istanbul on Wednesday night. The Red’s succumbed a shock 2-1 defeat to Istanbul Basaksehir thanks to goal from Demba Ba and Edin Visca.

Ole Gunnar Solskjaer opted to start the game with a midfield diamond, just as he did against Arsenal at the weekend, and it’s fair to say it didn’t go any better this time around.

Unfortunately for United, the tactical changes made throughout the game and the introduction of five substitutes couldn’t change the flow of the game and United deservedly left empty handed.

The two previous wins against PSG and Reb Bull Leipzig leave United in a health position in the group but they’ll need to be much better than they were tonight when they welcome the Turkish side to Old Trafford in two weeks’ time.

Dean Henderson: 6
Couldn’t have done anything about either goal. Looked comfortable in possession and distributed the ball well.

Aaron Wan-Bissaka: 4
Continues to struggle going forward and was part of a defence that was taken off for Timothy Fosu-Mensah

Harry Maguire: 5
Looked solid throughout in spite of the two conceded goals. Neither were his fault.

Axel Tuanzebe: 3
Failed to live up to his performance in Paris and was hooked at half time. Didn’t look comfortable against a 35 year old Ba and could have seen red on another night.

Luke Shaw: 4
If he hadn’t got the assist for Martial’s first half goal, then Shaw would have been lower than a 4. Hopelessly out of position for Visca’s goal; United need Telles back and quickly.

Nemanja Matic: 2
Not quite sure what he was doing for that shambolic opener and was slow and ponderous in possession throughout.

Donny van de Beek: 5
Was tidy in possession but lacked imagination. He was taken off early in the second half for Pogba.

Juan Mata: 3
Lost the ball in the build up to Basaksehir’s second goal and looked off the pace throughout.

Bruno Fernandes: 6
Looked the most likely to make something happen but just couldn’t quite get anything to come off. Had a decent free kick saved mid-way through the second half

Marcus Rashford: 3
Wasn’t in the game – A shadow of his cameo against Leizpig

Anthony Martial: 7
United’s best player on the night and deserved his goal. The Frenchman’s touch was reliable all night and he

Scott McTominay: 5
Came on at half time for Tuanzebe to presumably stop the Basaksehir counterattack. He won the ball back well, but his passing continues to let him down.

Paul Pogba: 5
Looked brighter than he did against Arsenal but failed to produce anything of note.

Edison Cavani: 5
United failed to play to the Uruguayans strengths and he rarely saw the ball.

Mason Greenwood: N/A
Came on too late to make a difference

Timothy Fosu-Mensah: N/A
Came on too late to make a difference