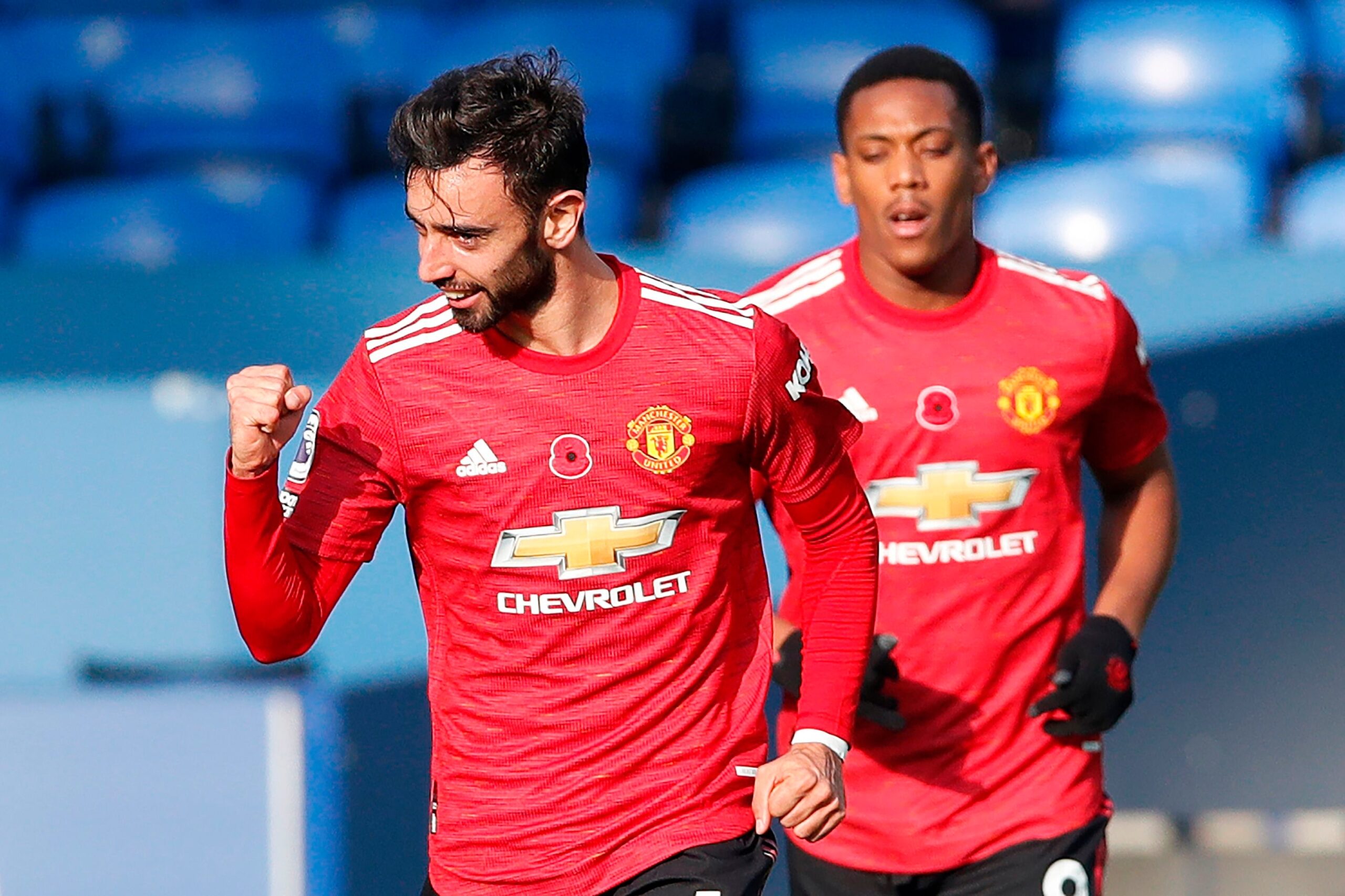 The pressure was building after United’s 2-1 defeat to Istanbul Basaksehir in the Champions League and some reports have even suggested that the club have contacted Mauricio Pochettino to replace Ole Gunnar Solskjær.

Solskjær had failed to win either of his two visits to Goodison Park prior to todays game – the infamous capitulation in 2019 and last seasons 1-1 draw.

Lindelöf recovered from a back injury to return to the side, Juan Mata was picked ahead of Mason Greenwood who was left out of the squad and Anthony Martial made his first league appearance after serving his 3-match suspension.

The manager persisted with Scott McTominay and Fred in midfield with what is looking like his preferred midfield combination.

Manchester United started the game with great intensity and were robust – Everton opted against the high press and instead decided to operate in a low block which has proven to be effective against United.

United were patient and precise in their gameplan throughout the first half and didn’t have any trouble whatsoever with bypassing the low blocks deployed by Carlo Ancelotti.

Bernard’s goal to give Everton the lead was, however, very easy for the home side. It was a poor goal to concede from United’s perspective. A goal-kick from Jordan Pickford was met by Dominic Calvert-Lewin, who beat Lindelöf in the air, flicked on to Bernard who could pass the ball into the net after comfortably twisting Wan-Bissaka in and out.

Lucas Digne hit the woodwork shortly after from a tight angle but that’s as far as Everton came in the first half, it was all United from that point in an impressive performance.

Luke Shaw, who is enjoyed his best form at United for quite some time, picked out Bruno Fernandes with a delicious ball and the Portuguese made no mistake with the header. Just seven minutes later it was once again Fernandes who scored to give United the lead.

It looked like his cross was nodded in by the rushing Marcus Rashford but replays showed that the winger didn’t get a touch to the ball which ended up in the back of the net.

It was controlled and comfortable for United who really, could have gone into the break with a bigger cushion.

The second half was long even with little to separate the sides – in incident involving Jordan Pickford and Harry Maguire should have resulted in a penalty for United. The Everton goalkeeper fumbled a free-kick and joined Michael Keane in a double karate-kick on United’s captain.

Seamus Coleman was outraged over Maguire’s reaction, perhaps Coleman should be more concerned over his regressing career with no end in sight.

Shaw, who continued his good form, was forced off halfway through the second half with an injury, the left-back will be hoping that his development is not disrupted by injury once again.

The rest of the second half was largely very even but Everton never threatened David de Gea. The home side struggled to get goalscoring opportunities, owing to many brilliant performances from the visitors.

Everton’s late surge left United with a lot of space to exploit and Marcus Rashford should have put the game to bed when he ran onto Fred’s pass over the top but Pickford was equal to his effort.

Juan Mata and Anthony Martial were replaced 10 minutes from time by Paul Pogba and Edinson Cavani – it was the latter who put the final nail in the blue coffin.

Having cleared a ball inside his own penalty area seconds prior, Harry Maguire anticipated Allan’s pass into Coleman’s feet. The interception put Fernandes on his way with options either side of him. After faking his own shot, he released the ball and Edinson Cavani put it away. It was the Uruguayan’s third substitute appearance in a row and can now celebrate a first Premier League goal.

With speculation over his future, Ole Gunnar Solskjær lives to fight another day and his side does not at all look like a side down and out.