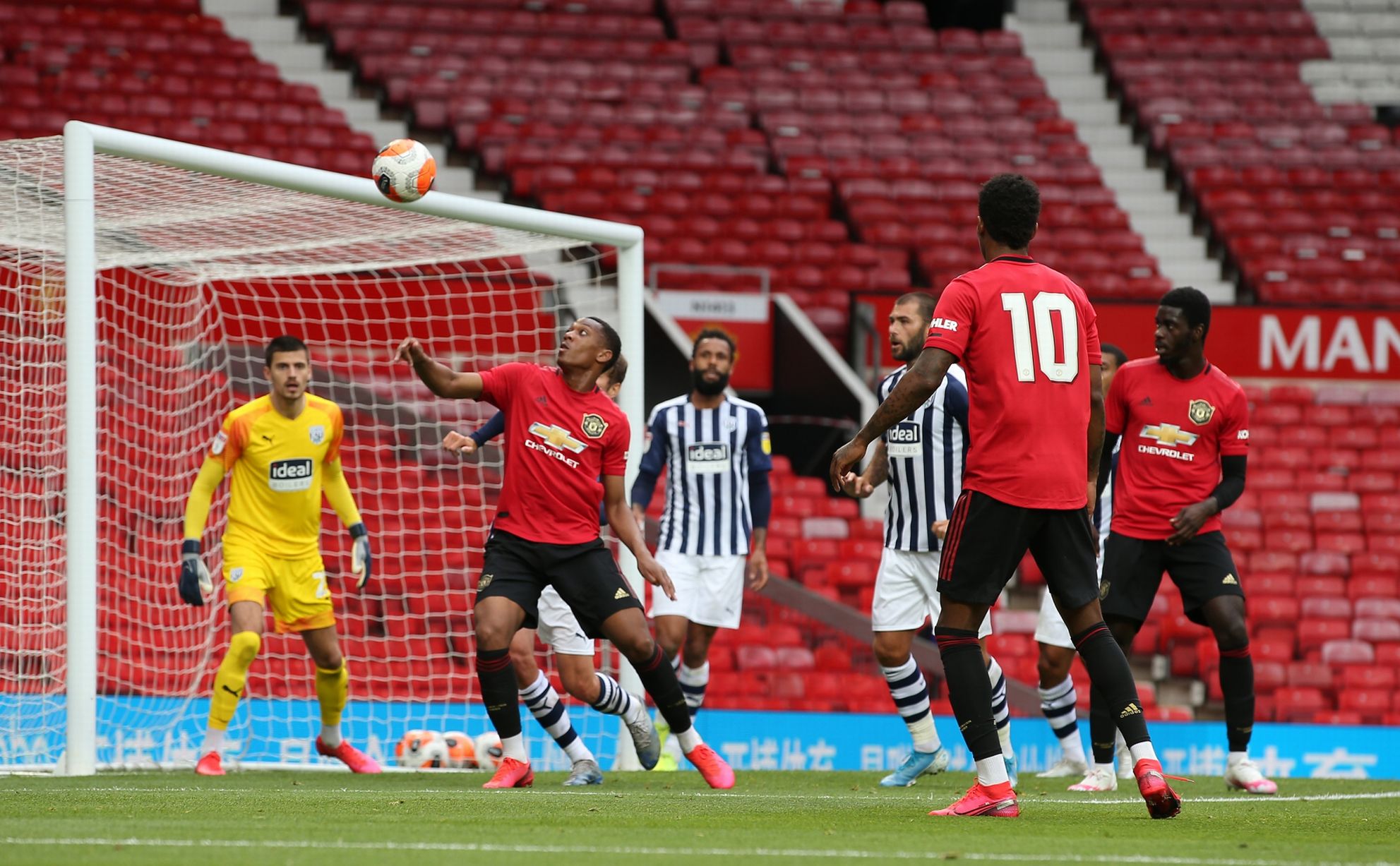 International football is done and dusted for five months and United’s top-flight campaign is about to truly kick into gear.

Ole Gunnar Solskjær got another ‘job-saving’ result against Everton last time out, but will be looking for a first domestic home win of the season against Slaven Bilić’s whipping boys, West Brom.

It’s back to the Premier League and Old Trafford for this recently rescheduled clash.

Without a win and bereft of much hope for a stable season back in the top tier, West Brom sit in the relegation zone coming off the back of two hard-to-take defeats.

Following two decent draws, they succumbed to a 2-0 loss at Fulham in a relegation six-pointer three weeks ago, before an 88th-minute sucker punch saw them gain nothing from a spirited display against Spurs before the break.

Bilić seems the bookies’ favourite to be the first manager who gets the chop, and the 52-year-old Croatian has failed to find a formula for success this term after stumbling over the line to promotion in July.

The Baggies boast just one win in their last 14 matches in all competitions – a 3-0 win over League Two newcomers Harrogate Town.

The Serbian, who has albeit only featured three times, has failed to steady a defence which has conceded 17 goals – the joint-highest in the division.

After missing their last match, Ivanović should return to the stating XI like Matheus Pereira following their respective negative Covid-19 tests.

Meanwhile, Callum Robinson, who picked up a positive on international duty, is another player back in contention after completing his isolation.

Bilić’s men will know a result could kickstart their campaign, so let’s take at look at who’ll be looking to cause an upset.

One to watch: Grady Diangana

Former Red Devils youth stopper Sam Johnstone will be between the sticks, returning to where he made no senior appearances but lifted the 2011 FA Youth Cup along with Paul Pogba and Jesse Lingard.

21-year-old Dara O’Shea will be ahead of him and the centre-back has been relatively impressive in their five-man back line, which has been used in half of their eight top-flight outings thus far.

The three-time senior Republic of Ireland international has come in following the sale of Ahmed Hegazi.

Their previous top-earning Egyptian secured a move to Al-Ittihad in late October, which was done behind Bilić’s back according to reports.

Ivanović should slot back in for this one, with Semi Ajayi, Darnell Furlong and Conor Townsend making up the rest of the defence.

Captain Jake Livermore will anchor the midfield, with Conor Gallagher, Filip Krovinović or Romiane Sawyers alongside him.

In attack, the likelihood is that Bilić will go for a fluid toward three of Karlan Grant or Robinson, Grady Diangana and star man Pereira.

The latter Brazilian is full of flair and bagged eight goals and 16 assists in the Championship last term as West Brom finished 2nd.

The left-footed versatile attacking midfielder already has played a part in half of the Baggies six goals this season, scoring once and laying on two.

Diangana arrived in controversial circumstances over the summer, as parent club West Ham United allowed the Midlands club to snap up the 22-year-old wide creator for just £11m up front.

It sent Hammers fans into uproar after he played a pivotal part in promotion last season by scoring eight and assisting six goals in his 30 games.

The likely front trio’s trickery, pace and ability to press sees them rank a stunning third in the division for possession won in the final third but as alluded to prior, are lacking output to show for it.

To possibly help reduce the burden on his young attackers, Bilić has other options going forward, like Matt Phillips, but could dare to take a chance on someone to change their fortunes.

Seasoned top-flight target man Charlie Austin is yet to play a single Premier League minute and 80-time capped Poland winger Kamil Grosicki has only recently been added to the 25-man squad after a switch away broke down.

Those outcasted men might be worth a shot as the Baggies have registered the fourth-least attempts on target per-90 in the division with 2.8, while they rank bottom for big chances created with just two per-game.

To their credit, however, the men from the Midlands boast the fourth-highest successful tackles per-match with 9.6, showing that there’s some fight in a team tipped to return to the second tier come May.

The last time these sides met was in April 2018, when a late Jay Rodriguez goal for the almost already relegated West Brom shocked Old Trafford to hand Manchester City the title.

A year before that, the Baggies held José Mourinho’s men to a 0-0 draw, so hopes will be high.

“Still they are Man United. They didn’t start the season the way they wanted to, especially at home, but even at home they still had some really top performances like against Leipzig.” – Slaven Bilić

Set for a testing period which could mean 11 weeks of weekend-midweek football, United have two great opportunities to set some things right in the next four days.

The Baggies, on paper, are one of the sides Solskjær would’ve likely picked to play as the Red Devils search for a first Premier League home win.

Then on Tuesday, İstanbul Başakşehir come to town in the Champions League and United have the chance to avenge what happened in Turkey two weeks ago.

The Red Devils will need to execute the basics to get the job done against a West Brom side desperate for a result to kickstart their season, as Arion Armeniakos wrote this week.

Due to the Premier League’s decision to end their pay per-view model, this previously 15:00 GMT fixture was moved to a later time.

Solskjær will be pleased with the pushback, following his post-match plea for more sensible fixture scheduling for his players a fortnight ago.

Luke Shaw’s hamstring injury which he suffered at Goodison Park will keep him out for four-six weeks, so Alex Telles or Brandon Williams will take his place in the back line.

Telles’ negative coronavirus test means he could be in line for his second start since joining the club last month against Baggiee.

Captain Harry Maguire picked up a knock on Wednesday in England’s win over Iceland but should be available.

Eric Bailly returned to training yesterday after recovering from a muscle injury sustained with the Ivory Coast last month but won’t feature due to lack of fitness.

Anthony Martial missed France’s match against Sweden with a back problem, while Victor Lindelöf could only complete 66 minutes and is still suffering with his own back issue.

Scott McTominay had a successful stint with Scotland, helping the nation north of the border to a first major tournament since 1998 but could well be rested in place of the fresher Nemanja Matić.

Marcus Rashford picked up a late tear to the shoulder a fortnight ago, forcing him to miss out on joining England’s camp and is a ‘possibility’ to play like Lindelöf.

Mason Greenwood was another not to link up with his national team but is being ‘built back up’ after an illness.

Edinson Cavani was sent off for Uruguay on Tuesday but had scored in their previous match and his goalscoring cameo at Everton puts him contention to start his first match for the club.

Daniel James also scored for his country during the week as well as picking up an assist but Juan Mata may well keep his place on the right flank.

“The Everton game last time out showed a Man United team as we want to see it. We scored some good team goals and I was very pleased with that last performance.” – Ole Gunnar Solskjær