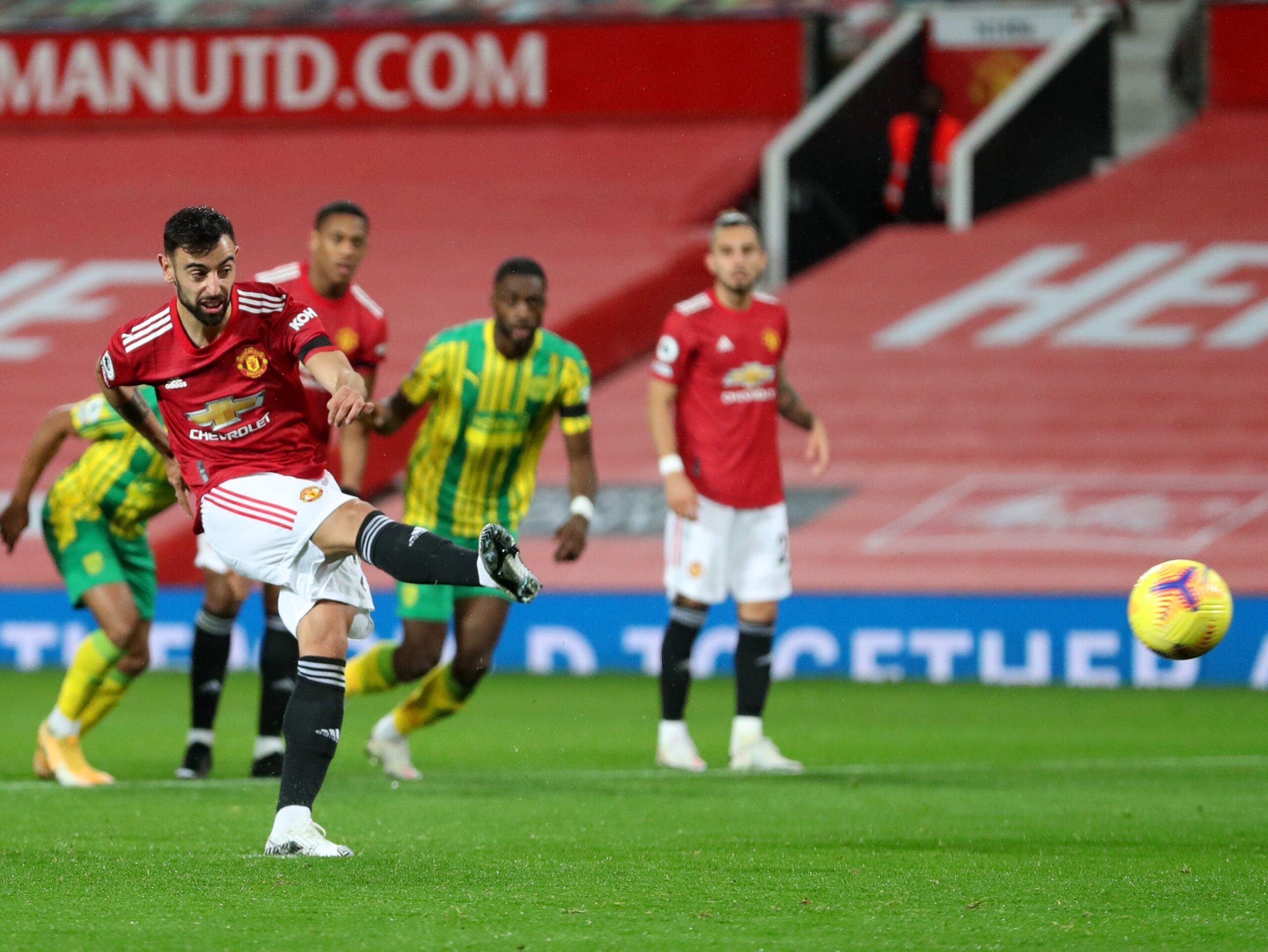 It was a welcomed home win and clean sheet for Manchester United as they ended a run of six games at Old Trafford without a win.

The last opponent to leave the Theatre of Dreams without any points to show for their visit was Bournemouth on July 4.

A penalty from Bruno Fernandes means that United win back-to-back league games for the first time this season.

It was a turgid afternoon for long parts and even after United took the lead, the three points rarely looked like a sure thing. A fantastic performance by Sam Johnstone left several United players with their face in their hands.

Solskjær will welcome the victory but will also have acknowledged that his side looked much better when there was a recognized forward on the pitch.

David de Gea: 7
Made a great save with his feet at 0-0 but that’s where it ended for De Gea. Beaten by a curling effort which hit the crossbar.

Aaron Wan-Bissaka: 6
Improving in possession play by each passing game and solid as ever defensively.

Victor Lindelöf: 7
Despite struggling with a back injury for months, Lindelöf continued his good form.

Harry Maguire: 6
Had one effort blocked and another saved by Johnstone, good with the ball and never looked like he was going to be beaten.

Alex Telles: 8
Great debut for the Brazilian. Didn’t get down the flank as much as he would’ve liked to but his quality was there for everybody to see. First game and twice tried volleys from corners. Didn’t have very much to do defensively but made light work of it whenever he had to.

Nemanja Matic: 6
Struggled just like Fred in the first half but looked more comfortable, as you would, once United took the lead. Went down with cramp towards the end.

Fred: 6
Struggled with West Brom’s high press in the first half but grew into the game. Undoubtedly first choice in that midfield. Subbed after 83 minutes.

Juan Mata: 5
Tried but had no real impact in open play, won the penalty. Feels like his inclusion is temporary. Subbed after 62 minutes.

Bruno Fernandes: 8
You could see the frustration on his face when he eventually scored the penalty which had to be retaken. Lucky to not have conceded one himself but he was once again United’s best player. Switched in and out of focus at times but was always United’s biggest hope of creating something.

Marcus Rashford: 5
Just recovering from a shoulder injury so we’ll give him the benefit of the doubt but there was no conviction in anything Marcus attempted against West Brom. His tame effort three yards from the goal just past the hour was telling. Visibly exhausted for the entire of the second half – hopefully he can get a full weeks rest. Subbed after 78 minutes.

Anthony Martial: 6
Should’ve scored but somehow missed when Fernandes put it on a plate for him. Left a lot to be desired. Looked better when Cavani came on and he switched to the left-hand side.