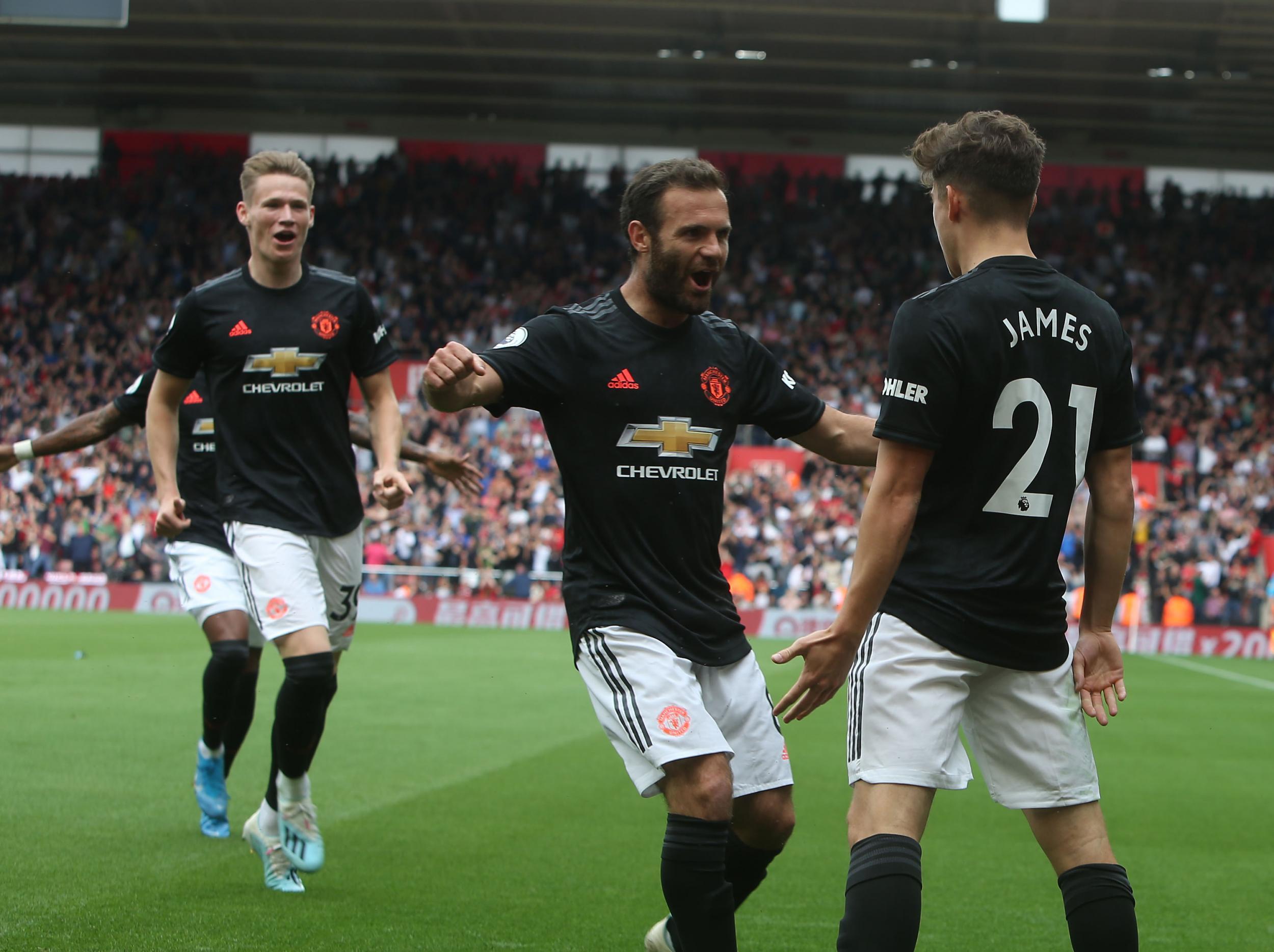 Having got back to winning ways in the Champions League on Tuesday, United are looking to make it four wins on the spin on Sunday.

Ole Gunnar Solskjær’s side have been in decent form but now face a serious test against Ralph Hasenhüttl’s Southampton, who themselves overcame a tough start to the season to soar up the Premier League table.

A top-half clash with of plenty of tactical intrigue takes place on the South Coast this weekend.

Marching on up the table following a duo of defeats to start their eighth campaign back in the top-flight, Southampton have been one of many dark horses this season.

Having won six times since their disappointing start, 17 points this term sees them currently challenging for European qualification and three weeks ago, they spent a historic night top of the pile.

Hasenhüttl, who remarkably received the backing of the Saints after a 0-9 humiliation at the hands of Leicester City last season, has galvanised his un-fancied group and and got them playing like his previous high-octane teams in Germany.

Putting everything into every game and never afraid to go forward, Southampton are easily-likeable and have been rewarded for their faith in a proven manager who can employ a distinct style of play and improve a team.

Wins over fellow surprise starters Aston Villa and Everton as well as Newcastle have sandwiched decent draws against Chelsea and on Monday, Wolves.

In the only real negative to speak of, Danny Ings’ injury has still seen other Saints step up as they continue to punch above their weight and will no-doubt be relishing facing the Red Devils again.

One to watch: James Ward-Prowse

A prime example of a true team, all 11 players operate with the same intensity and philosophy to instil their pronounced identity on opponents.

Like all good 4-4-2-playing outfits, they are relentless in their work-rate all over the park.

An indication of their successful system is their flying full-backs, who try to cover as much of the flank as possible, staying wide to allow playmakers ahead or come inside.

Kyle-Walker Peters, a Fantasy Football favourite, should start at right-back with the experience Ryan Bertrand on the left-hand side.

Centre-back pairing Jan Bednarek and Jannik Vestergaard have come through criticism to form an ever-present solid duo, although Jack Stephens did join them for one game recently to make a three-man defence.

That back line, or more the entire team in Southampton’s case, boast the joint-highest clean sheets in the league with four.

They also rank first for successful tackles per match, 12.1, and midfield enforcer Oriol Romeu is a big part of that.

The Spaniard was also lucky not to be sent off in the July meeting, after he caught Mason Greenwood late after right-winger, or wide midfielder, Stuart Armstrong had given his side the lead.

As much as Romeu’s graft is key, skipper James Ward-Prowse is the one who pulls the strings.

His reading of the game, technique and deadly set pieces make him key to the Saints’ game plan and the now England has three goals and one assist this term, as well as 1.5 key passes per-match.

After bagging a brace at Villa Park, eight of the 25 Premier League goals Ward-Prowse has scored have been from free-kicks, not to mention that he boasts an 86% pass accuracy on top of 12 chances created this season.

Fellow long-serving Englishman Nathan Redmond has been missing of late with a hamstring problem but his absence has allowed the rapid Moussa Djenepo to take his place on the left-wing.

Their versatile teammate Walcott made a welcome return to his boyhood club on deadline day this summer and is one of various players Hasenhüttl has rejuvenated.

The wonder kid looks to have regained his drive and is proving a worthy part of Southampton’s system in the absence of Ings, operating up front.

The former Arsenal no. 14 is expected to partner a much-improved Che Adams in a grafting striking pair up front.

24-year-old Adams has already matched his six direct goal contributions in league last term – taking 21 less games to do so.

Ings’ 22 goals made up almost have of the Saints’ total top-flight strikes last season but the striker, who has revived his career at his hometown club, is close to returning in their next outing.

Always willing to commit men, their 2-5 loss at home to Tottenham Hotspur showcased their struggles when they lose possession and are hit on the counter-attack.

United could make use of that transitional weakness as the Red Devils are well-documented to be better on the break rather than facing the dreaded low block – far too conservative for Hasenhüttl.

“They [United] are an absolutely good team. We must find solutions to hurt them, to create a few issues. If we do it together and do it well, there is a good chance [to win].” – Ralph Hasenhüttl

Having beaten Istanbul Başakşehir fairly comfortably on Tuesday, United primed themselves for Champions League knockout qualification over the next two midweeks, with top-flight action to focus on on the weekends.

Sitting 10th and still on a negative goal differential, there’s work to do.

With Southampton, West Ham and Manchester City around matches against Paris Saint-Germain and RB Leipzig, the Red Devils will truly be tested over the next few weeks before the proper festive period.

Tuesday’s setup worked well but, as always when returning from European action, Solskjær must decide whether to stick with that system or adapt it to the hosts.

Back in July, Obafemi’s last-minute equaliser meant it was honours even in the 2019-20 campaign between these teams.

Daniel James’ magnificent strike opened the scoring at St. Mary’s last August, before Vestergaard nodded in to make it 1-1.

There are some doubts ahead of the clash, although Aaron Wan-Bissaka, Victor Lindelöf and Rashford ‘should be okay’ according to Solskjær while albeit are all ‘not 100%.’

Donny van de Beek dictated from deep against the Istanbul outfit and should start alongside a more defensive-minded partner than Fred, likely Nemanja Matić.

Scott McTominay and Paul Pogba both missed training today and were all-but ruled out of contention by their boss in his pre-match press conference today.

He also confirmed that Jesse Lingard is back with the squad after completing his self-isolation period, so could make a cameo.

Edinson Cavani led the line well during his first 90 minutes for the club, and having had a while to recover, could well make his maiden Premier League start.

The Uruguayan’s work-rate would give the Saints a taste of their own medicine and a focal point United’s attackers to work around; particularly helping Alex Telles to target a man from his crosses.

The XI will need to match their opponents’ intensity and keep themselves at a high tempo in order to take three points; an especially tough ask during this testing time.

“We have good away record and we are up there since turn of January. We have been pushing up the table, and we are getting that consistency. It [Southampton game] is a nice challenge and a good test for us to see if we have learnt our lessons.” – Ole Gunnar Solskjær