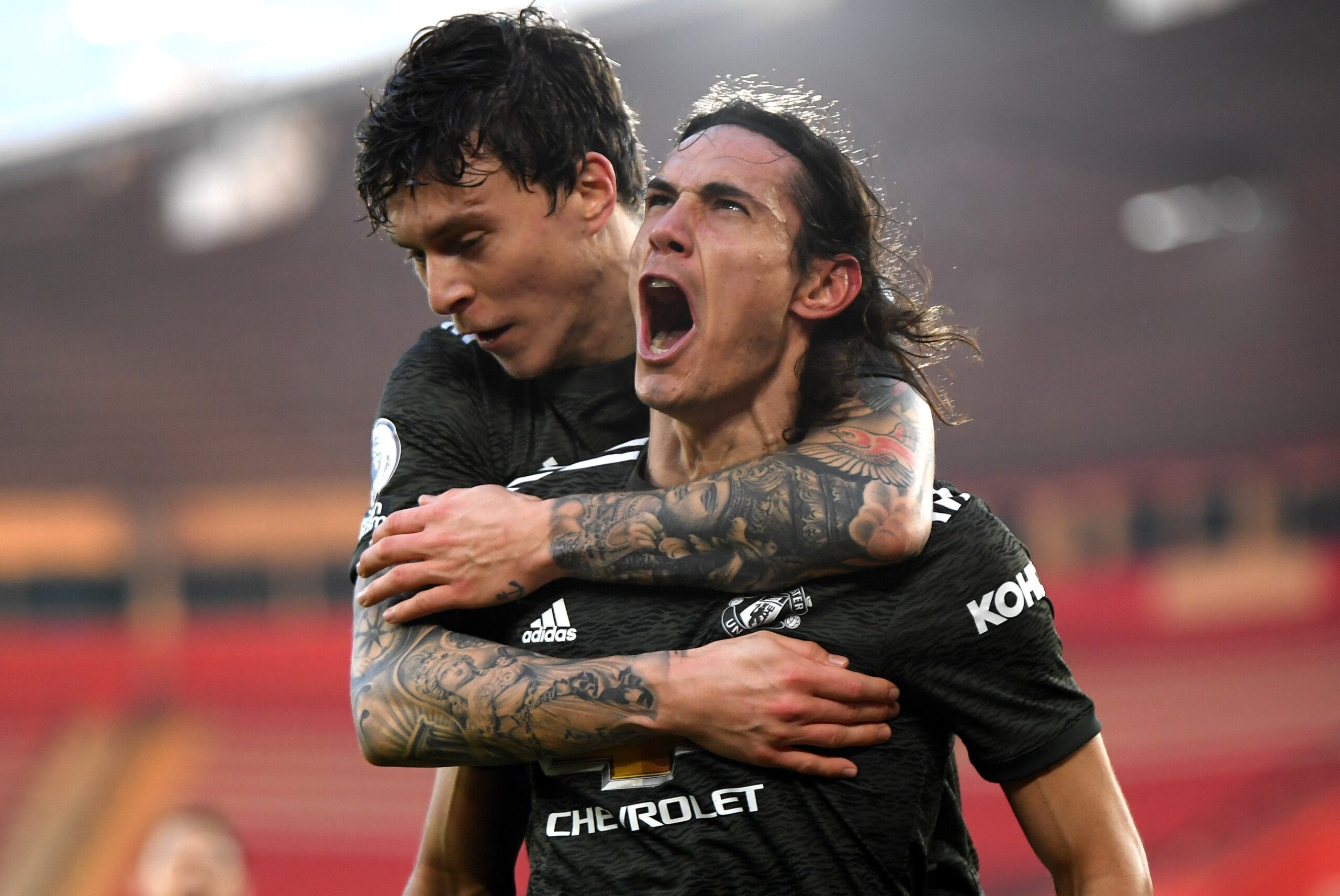 Manchester United pulled off a trademark comeback as they came from two goals behind to win 3-2 at St Mary’s this afternoon. The introduction of Edison Cavani at half time proved to be the catalyst with the Uruguayan netting both the equaliser and winner, as well providing the assist for Bruno Fernandes’ 60th minute strike.

The momentum taken from this game could be vital with Reds’ in the midst of a jam packed fixture schedule that sees them face PSG and West Ham in their next two games. Player ratings below.

David de Gea – 3
Was subbed off at half time due to injury but should have done better with Ward-Prowse’s free kick. Arguably could have been more commanding for the Southampton opener too.

Aaron Wan-Bissaka – 5
Wan-Bissaka got up and down the right flank well but failed to deliver much quality. Southampton also looked threatening down his side.

Harry Maguire – 7
Can’t be blamed for either goal and was a commanding presence at the back. Stepped up well in the second half to ensure United kept probing.

Victor Lindelof – 6
Like Maguire, he was faultless for either Southampton goal and defended most situations well. Still looks physically weak in certain situations.

Alex Telles – 7
Looks to be a big upgrade on Luke Shaw both offensively and defensively. Covered the back post well from crosses and his delivery from corners is the best United have had since Beckham.

Fred – 6
Would have had a 2 at half time but improved massively in the second half. Still, his brainless foul on the edge of the box allowed Ward-Prowse to double the home side’s lead.

Nemanja Matic – 6
Struggled to make many passes in the first half but mopped up nicely in the second.

Donny van de Beek – 7
Kept the ball ticking over nicely and quickly in midfield and his movement is superb. It seems like there’s an understanding there with Fernandes, one that will hopefully be allowed to blossom over the season.

Bruno Fernandes – 7
His first half display was really poor by his standards, but he grabbed the game by the scruff of the neck in the second half and set Untied on their way. Should have scored in the first half, though.

Marcus Rashford – 6
A poor performance from Rashford with seemingly making the wrong decision all too frequently. Would have been lower were it not for his wicked delivery to Cavani in stoppage time that saw United take home all three points.

Mason Greenwood – 4
Looked greedy and was far from his usual clinical self in the first half. He was subbed off at half time, but we must remember the kid is still a teenager and will have dips in form. He will be a superstar.

Edinson Cavani – 10
An unbelievable 45 minutes from the Uruguayan. It’s so refreshing to see a real centre forward playing for United and no one else in the squad would have scored either of his goals today. The anticipation for the equaliser and the movement for the winner were top notch and he fully deserves a run in the team from the start.

Dean Henderson – 7
Didn’t put a foot wrong and dealt with everything calmly and perfectly. Deserves a run in the team in my opinion.