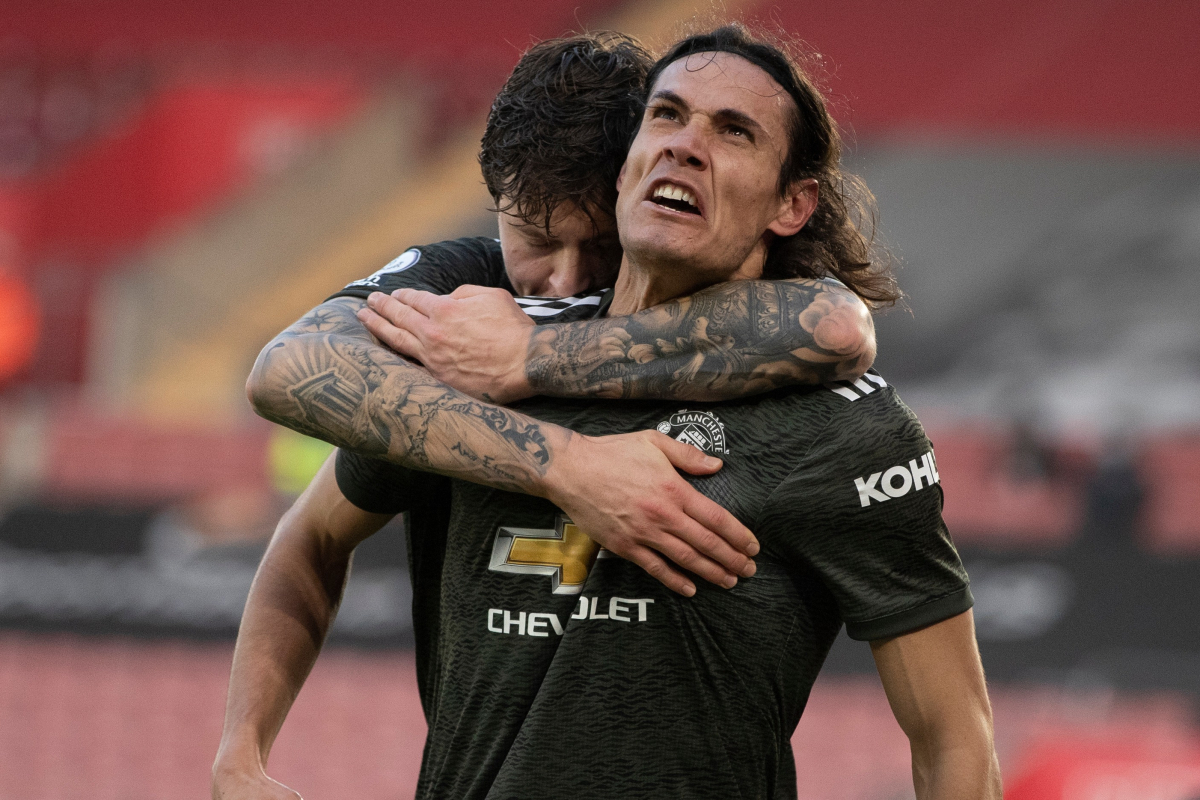 Edinson Cavani stole the show for Manchester United yesterday. The striker came off the bench at half-time with his side trailing 2-0, before registering an assist and grabbing a brace, to take all three points home.

It was an emphatic performance from the 33-year-old, who showed that class really is permanent. His hold-up play brought the Red Devils back into game, after a sluggish and tentative showing in the first-half.

Cavani’s link-up play was praised by fans and pundits, but so too was his goalscoring instincts. Both his goals came from flash headers inside the box, with his movement in the area being too hot to handle.

Club captain Harry Maguire pinpointed this aspect of the forward’s game, claiming that Cavani is at a level not many others can reach. Speaking after the win (h/t Goal), he stated: “His movement when the ball is wide is to a level that not many strikers can reach. He is always on the move, always getting across people and that’s why he has always scored goals. So if there are any strikers out here wanting to learn and watch, I am sure they are studying his movement and what he has done in his career.

“He is great for our strikers to learn from him in training, because he is a nightmare to mark in training as well. Every day he is making those runs across you and we have seen today his movement is very, very good.”

One player who is going to benefit from such movement is Bruno Fernandes, a midfielder that loves to play the ball forward onto his fellow frontrunners. Cavani assisted the Portuguese international, with the later returning the favour too, despite Bruno claiming it wasn’t a ‘real’ assist.

The playmaker is likely to intentionally find the striker in the future though, as Fernandes claimed himself (via manutd.com). Like Maguire, he was full of praise for Cavani’s poaching instincts: “When you have strikers who move a lot, and they give you the chance to play balls for them, it is really good. I think every striker we have gives us options. I don’t want to go on personally about Edi or another player because it’s not fair, but of course Edi has qualities, everyone knows that.

“For me, he’s one of those strikers that can smell the goal as you saw twice. He smelt the goal, you need to have this feeling to score these two goals. As I said some weeks and some months ago, Edi will help us and he is helping already. For me, one of the best games he played was against Basaksehir in the Champions League and nobody talks about that because he didn’t score but he did an amazing game. He helps a lot and he will help more and more in the future.”

Should Cavani maintain these habits, the praise will continue to pour in.