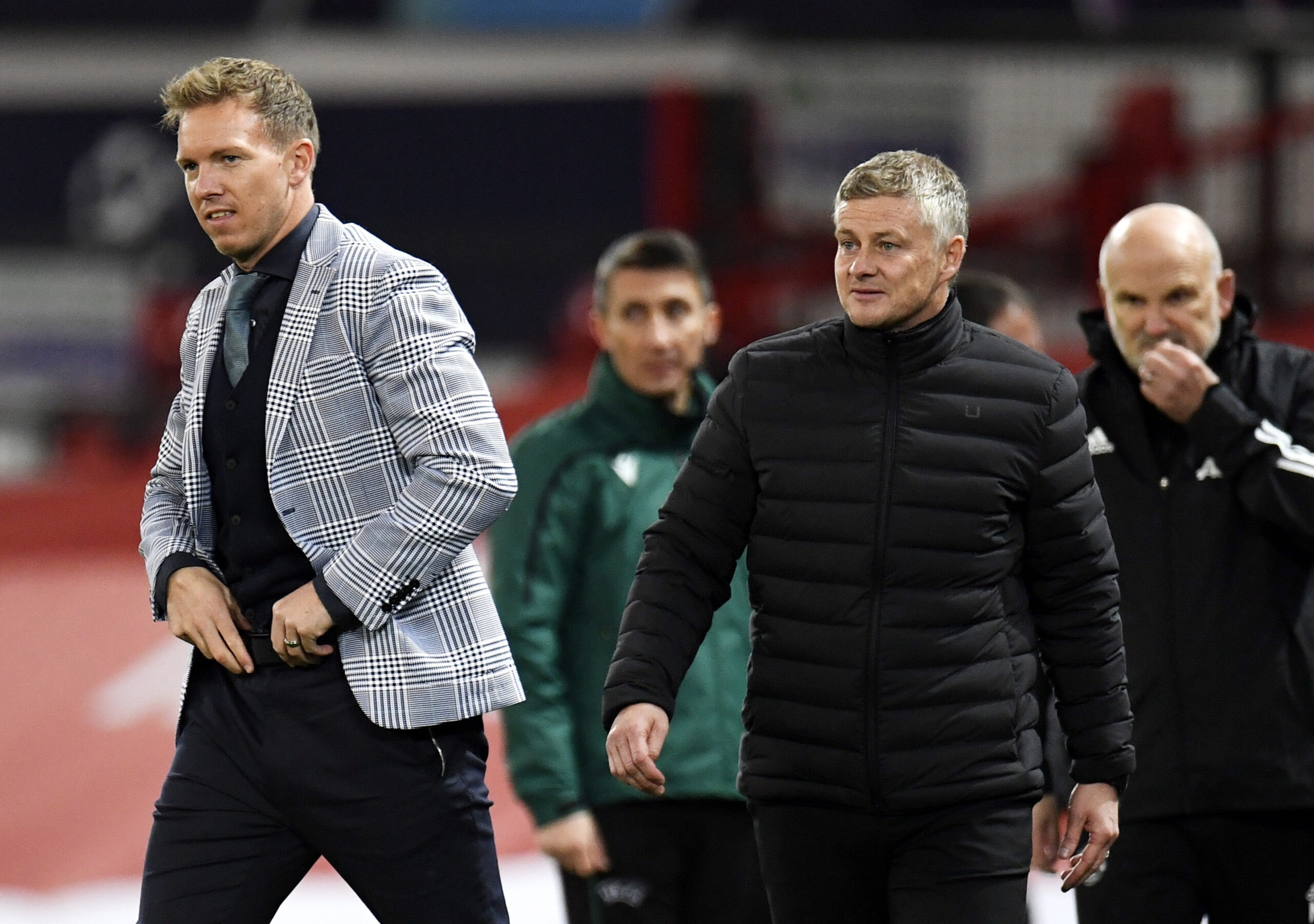 Champions League qualification looked a formality for Manchester United after the 5-0 win over RB Leipzig back in October.

The Red Devils brushed the German club aside, making it two for two after the opening 2-1 group victory against last season’s finalists in Paris Saint-Germain

Both results were somewhat surprising, most notably the first fixture against Leipzig. Julian Naglesmann’s team hold a distinct reputation in being one of the most dangerous sides across Europe, stemming from their attacking firepower. At Old Trafford though, it was simply one way traffic, with United controlling, dominating, and putting their opposition to the sword.

Defeats to İstanbul Başakşehir and PSG have, however, complicated things for Ole Gunnar Solskjaer. The Red Devils must avoid defeat in Germany to qualify from the group, and they can certainly expect a tougher task than last time.

Heading into the final group fixture, Naglesmann has reflected on his side’s 5-0 defeat. Speaking in the pre-match press conference (via manutd.com), he stated: “Well, of course the result doesn’t play such a big role because it’s different pre-conditions.

“With a victory we will make it into the next round. Of course, we cannot have the match equalised because we lost a direct competition with them [last time] but we have analysed the match, seen where the players weren’t so good in certain situations. We lost maybe some duels in the first leg, we tried to have the numeric advantage, we want to recover a lot of balls and be better in the game.”

Although four of the goals came in the second half, Leipzig started slow, failing to get out of second gear. Their manager will be demanding a better response, claiming his side were ‘too afraid’ in the early stages.

“We were a little too afraid at the start, we can add a lot and improve, especially in the final third we can do a lot better. They defended really well but we can’t say they played really well. We have to create and search for our opportunities,” he continued. “We are aware that we are facing United. If they are trailing, they can turn around the match, they can still win matches. They’ve shown that in the last matches, even after going behind, so we have to wait until the referee ends the match actually. We have to fight until the very end to get the three points.”

It’s a game that could go right down to the wire, given what is at stake. United have shown a willingness in recent weeks to go the distance, winning their last three Premier League games all in the second half.

Manchester United would have been champions if City didn’t break FFP rules, according to former Mourinho assistant
Mino Raiola: Paul Pogba has no intention of extending contract at Manchester United
To Top