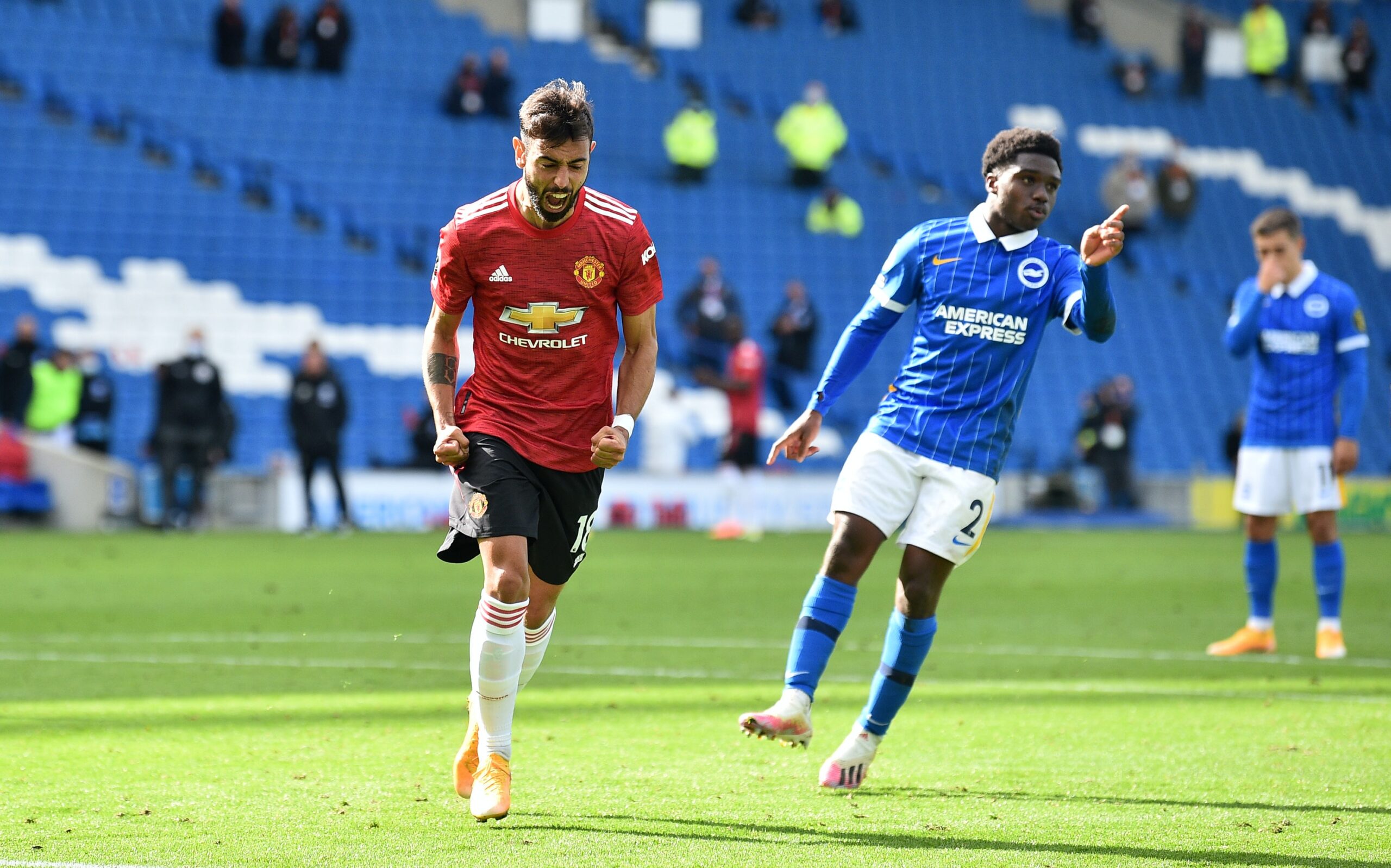 In 2020, other than maybe Robert Lewandowski, you would be hard pressed to find a footballer more influential than Premier League’s Player of the Month for November, Bruno Fernandes.

The impact that the Portuguese midfielder has had on Manchester United has at this point become too complex to simply put into words. We are all running out of superlatives.

The first thing worth noting here, just to put Bruno’s sheer brilliance into context, is that Fernandes has now tallied up three Player of the Month accolades since arriving in England at the start of the year. That’s only one less than Cristiano Ronaldo managed to scoop in six years at United.

In hindsight, perhaps this shouldn’t really be a surprise. Fernandes was in demand over the last couple of years as a result of the astronomical numbers that he was putting up at Sporting back in his native Portugal. But English football purists still had their doubts.

Will Bruno’s style of play translate effectively onto the unforgiving Premier League pitches? — That was one of the burning questions.

Well, Fernandes picking up the first Player of the Month award available since signing for United back in February — while the team was in a slump — should have been a good enough answer. But, that was still a small sample size. We have seen that before. Players have hit the ground running before only to then deteriorate rapidly.

But, what Bruno has continued to do since then is far from anything we have seen at United in recent past. He has taken to English football like a fish to water. He has embraced the expectations and scrutiny that comes with playing for a club of Manchester United’s stature. As we sit here now, it is hard to fathom how other clubs allowed the Reds to secure Fernandes’ signature for just £46.5 million. A modern day bargain.

Fernandes is a perfect mix of character, infectious winning mentality and magical footballing ability. All of that shows by just how quickly his United teammates got behind him and allowed him to become a leader. His presence elevated the performances of everyone at the club.

Naturally though, talk is cheap if you can’t adequately back the claims up. Realistically, we could sit here and talk about how great Bruno is and has been all day. So, let’s take a look at just a fraction of his numbers.

In November alone, Fernandes scored four goals and recorded one assist in the Premier League to pocket the POTM award.

There is not really such a thing as stat padding with Bruno. Last month, his brace and an assist against Everton led United to a crucial 3-1 victory. Goal number three was a spot-kick and the winner against West Bromwich Albion. The fourth sparked the sensational come back from 0-2 down against Southampton. Impact. Impact. Impact.

If that wasn’t enough, Bruno also had a hand in the equalizer against Southampton as his cross-shot was re-directed in by Edinson Cavani — but for some reason, he was not credited with an assist for that.

The argument on social media has been that perhaps the like of Harry Kane, who has also been in tremendous form this season, was more deserving of the award. Tottenham are after all top of the league. It’s a fair point to make.

But United’s ascension into outside title contention from the depths of the bottom half of the table on the back of Bruno’s excellence have warranted this new addition to the Portuguese Magnifico’s individual trophy cabinet. The Reds sit just five points off top spot with a game in hand.

United rarely conduct business in January, but it is safe to say already that the club struck pure gold with the acquisition of Fernandes.

Bruno already has 7 goals and 4 assists in 10 league appearances this season. He tops the chances created ranking with 35, seven clear of Kevin De Bruyne in second place (28). He also holds two of the top five matches with most chances created this season. His most recent one that tops the list came earlier this month, in the comeback win against West Ham, where Fernandes created 8 chances in just 45 minutes.

As a result of being absolutely outstanding since pretty much day one of 2020, Bruno has recently been nominated for the UEFA and FIFPro team’s of the year. He is well and truly establishing himself amongst football’s elite while defending United’s colors.

There have been ups and downs for both the club and Bruno at times. It’s only normal. But the two are continuing to grow together. And it is Fernandes’ winning mentality and constant hunger for more that is filling United fans with confidence that he may just lead this team to something special soon.