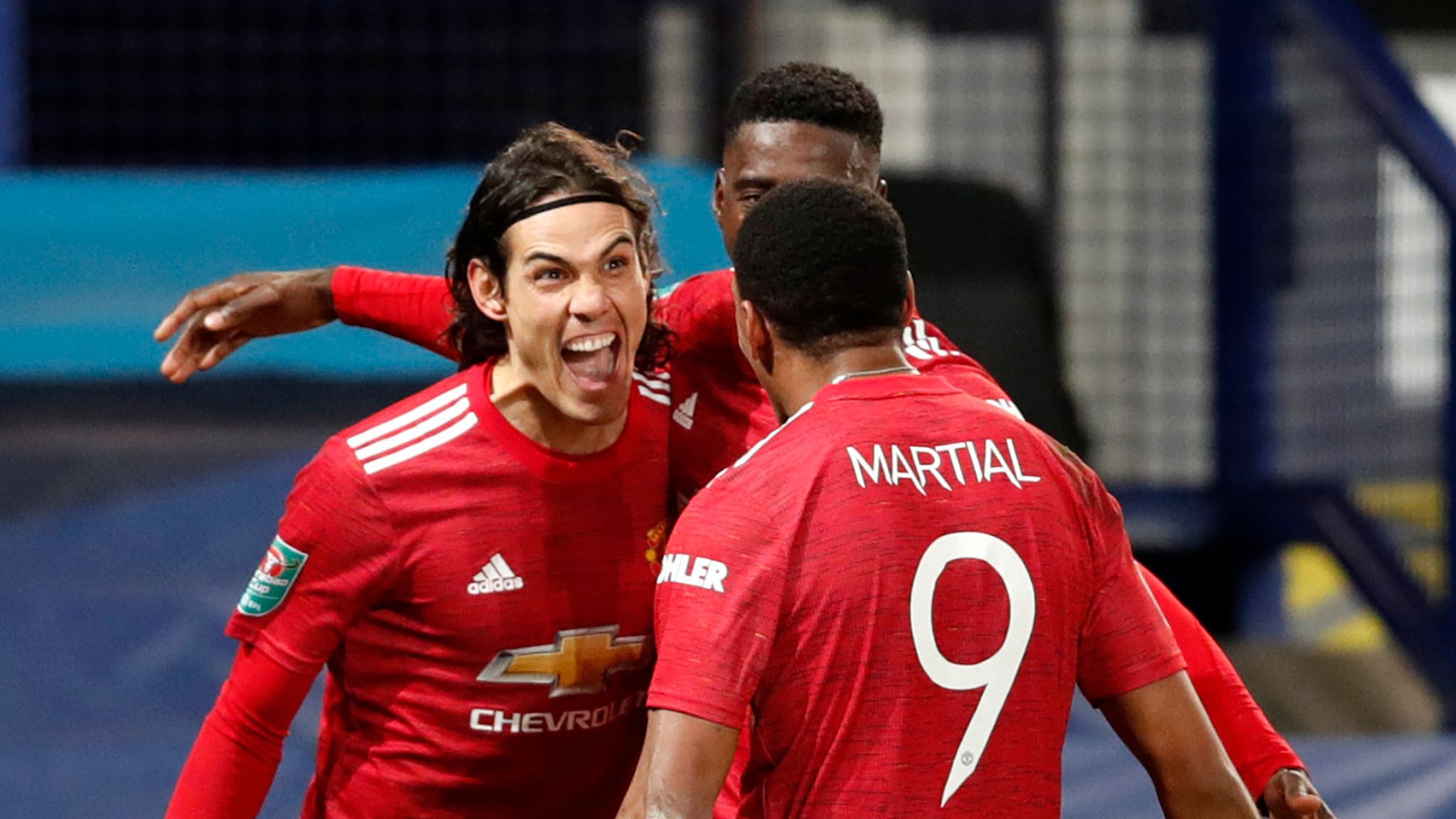 Another away day and another win for Ole Gunnar Solskjær’s Manchester United.

His side are through to yet another semi-final, the fourth time in less than a year they make the final four.

It was a cagey affair at Goodison Park but United started the game well. The Reds missed plenty of chances but the breakthrough came just two minutes from time when Edinson Cavani drilled a left-footed shot into Robin Olsen’s right-hand side.

Anthony Martial, who is credited with the assist for Cavani’s goal, killed the tie with United’s second in the final seconds.

Dean Henderson – 7
Barely had a save to make but collected from set-pieces when called upon.

Axel Tuanzebe – 7
A good, solid comeback to the team for Axel. Also pushed forward more than you would’ve thought.

Eric Bailly – 8
Another good comeback to the team – big improvement from the horror show against Tottenham two months ago.

Alex Telles – 7
Created more chances than the entire Everton team in the first half and put in some brilliant crosses. Handled Iwobi well. Substituted after 84 minutes, a strange one considering he used to take penalties in Portugal. It worked out just fine though.

Nemanja Matic – 8
United’s midfield always looks more solid when the Serbian rulebreaker is present and he was very good on the day. Intercepted well and progressive with his passing.

Paul Pogba – 7
Solid, intense and tenacious. Got stuck in. Not as advanced as we’re used to with Pogba but still did well.

Donny van de Beek – 6
Struggled to get into the game in an unusual role on the left wing. Substituted after 67 minutes.

Bruno Fernandes – 7
Solskjær’s decision to include Fernandes in the starting line-up emphasizes just how important he is to the team. 90 minutes in the bank in a game where he probably should have been rested. Instrumental as ever.

Edinson Cavani – 8
Always gets in to the positions that a proper number nine should, something United are lacking when he’s not on the pitch and crucially, he applied the finishing touch when it mattered.

Substitues
Anthony Martial – 8
Added technical ability and drive when introduced, playing on the left side rather than through the middle. Assist and a goal.

Marcus Rashford – 7
Should have scored but instead played in Martial moments later.

Luke Shaw – N/A
Deserves a high rating for kicking the ball away.